The living aren’t the only beings you can find walking in Memphis.

A bitter chill blasted through the balcony of the Orpheum Theatre. It seemed to pass directly through me as an Opera Memphis cast rehearsed for an opening night just days away. Immediately, I bounded down the nearby stairwell in a sprint.

At age nine, I had just experienced my first encounter with one of the most well-known ghosts of Memphis.

Twenty years later, I would watch an ashtray dance across an upstairs table at Earnestine & Hazel’s—another paranormal encounter in a city filled with legends. With its deep sometimes violent history, Memphis is where the echoes of past lives still linger. And while you’re unlikely to see the ghost of Elvis on Union Avenue, you have more than a fair chance of a brush with “the other side” at these haunted Memphis locations.

This list is only a sampling of the many places to find ghosts in Memphis.

Home to the most famous ghost in Memphis, The Orpheum Theatre has occupied the corner of Beale and South Main since 1928. However, this gilded chapel of velvet and gold wasn’t the only theatre to stand on the site. The original Orpheum burned to the ground in 1921, and many say the aftermath of that tragedy still lingers inside today. 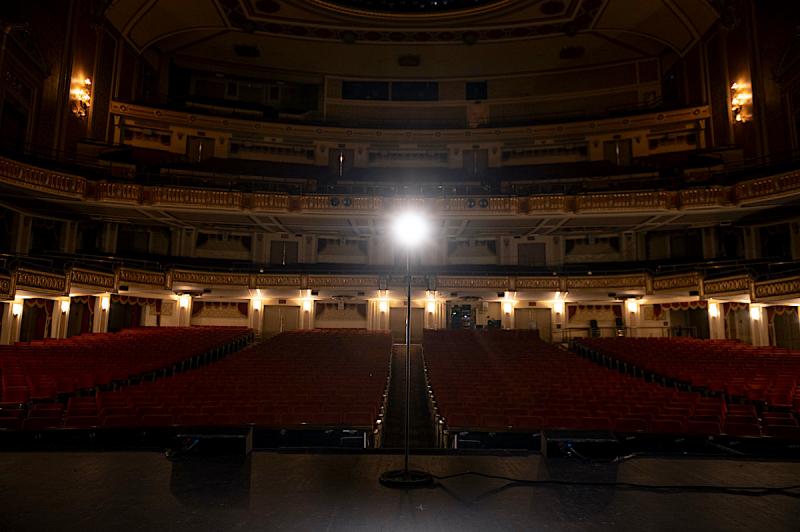 The Orpheum is home to the ghost of a 12-year-old girl named Mary, who is said to have passed either in the fire, or in a traffic accident outside of the theatre, or after falling from the balcony. Legends are an inexact science.

According to Orpheum rep Kristin Bennett, Mary has appeared to guests, cast, and crew members, even occasionally interacting with the sets. “During a production of Annie, there’s a scene where Daddy Warbucks gives Annie a giant dollhouse. Our prop took two crew members to move, but one night it disappeared. The crew looked everywhere for it, until they finally found it...all the way in the mezzanine.”

Bennett says the Orpheum is home to at least six other spirits as well. One, the spirit of a jilted lover named Eleanor, is best known for sending piercing shivers of cold through guests. The theater hosts regular performances and offers occasional group tours.

The eerie, looming presence of the Sterick Building has pierced the downtown Memphis skyline since its abandonment more than three decades ago. You may be familiar with the building, but not its ghost stories—skyscraper’s emptiness and obvious neglect aren’t the only reasons this skyscraper sends a haunted vibe into the night sky.

Ally Perkins /I Love Memphis Blog Use Only

Shortly before the building was shuttered in the 1980s, a ghastly scene unfolded on its upper floors. There, an accused rapist was locked on the 33rd floor by the building’s security team. He smashed a window, climbed onto a ledge, and plummeted more than 100 feet to his death, landing on the roof of the 14th floor.

For years later, workers at the Sterick Building often reported the echoing sounds of a screaming man falling to his doom, along with flickering lights and the sounds of people working on unoccupied floors.

The view from the tower must have been incredible during the late 1850s, when the Mallory-Neely House was still new. It’s easy to imagine vistas of a burgeoning downtown Memphis from the home’s third story, where the disembodied sounds of a crying woman have been reported for decades. The towering villa at the heart of Victorian Village has been a museum since 1972, though it’s currently closed for renovations. 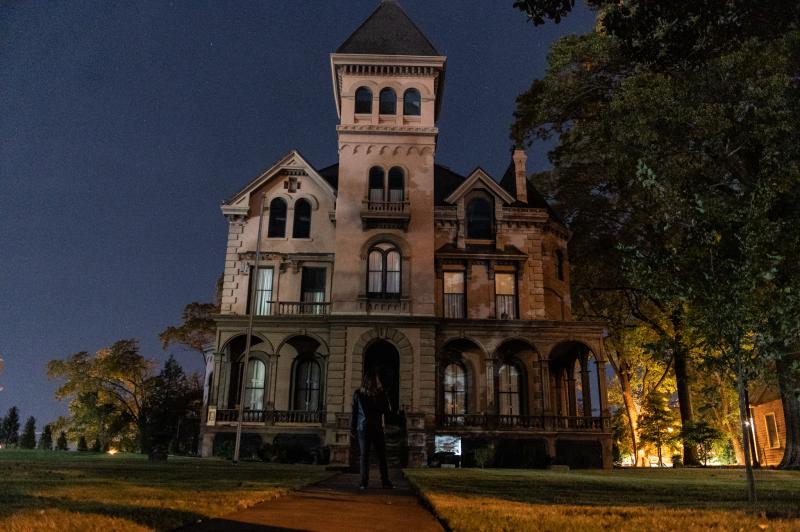 The home contains one of the best preserved collections of high Victorian decor and furnishings in the country—perhaps guarded, it’s said, by the spectral figure of an older woman with untamed, white hair at the top of the third floor staircase and a disembodied hand once spotted on its banister.

Buried treasure and American history collide at the Hunt-Phelan estate just east of the bars and blues clubs of Beale Street. The home has an illustrious history, having once been the Civil War headquarters of Ulysses S. Grant and a one-time accommodation for four other U.S. presidents.

In 1873, the Hunt family fled Memphis during a particularly rough round of yellow fever. Legend says the Hunts left a chest of gold to trusted servant Nathan Wilson to manage the estate’s finances.

However, Wilson soon contracted yellow fever and died, allegedly leaving a pair of muddy boots and a shovel beside his bed in the process. Wilson’s spirit is whispered to appear at midnight during a full moon, ready to guide treasure hunters to the long lost fortune buried somewhere below.

The historic 1832 estate was once a bed and breakfast as well as a popular event space, but was acquired by Union Row developers in 2020, who say “all options are on the table” for its future.

Elaborate parties have been a staple of the Mollie Fontaine-Taylor House since at least the 1970s, when the building was rumored to be one of the first sets for Penthouse photoshoots. Before the pandemic the 135-year-old, Victorian structure was a popular club, hosting DJ nights and burlesque shows.

The home’s original owner, Mollie Woodruff, is rumored to make her presence known by turning off lights, moving objects around the bar. These days the Mollie Fontaine Lounge serves as a private event space.

The spectacle must have been immense that night, when more than 2,000 guests flocked to the Woodruff-Fontaine House. They, along with five governors, gathered to celebrate the completion of the first Mississippi River bridge between St. Louis and New Orleans. And while the home located directly across the street from Mollie Fontaine Lounge has had its share of illustrious evenings—from balls to weddings and after parties— it is equally shrouded in tragedy.

t was on this home’s second story where Mollie Woodruff gave birth a stillborn daughter and saw her first husband die from pneumonia contracted on an 1875 fishing trip. As in her namesake bar across the street, the spirit of Mollie Woodruff is believed to linger in her childhood home. Slamming doors, mysterious footsteps, disembodied voices and the strong presence of death have all been reported at the Woodruff-Fontaine House: most emanating from Mollie’s former quarters.

Over the years, some visitors have also reported seeing a woman in an old fashioned, green dress pacing back and forth in the room. An unknown male ghost has also been reported in the home, often accompanied by an overpowering aroma of cigar smoke.

Self-guided tours are available at the Woodruff-Fontaine House.

Phantom nurses, falling objects and the rumored ghost of a maintenance worker are said to linger at The Marine Residence, a newly-christened apartment complex carefully crafted from the revitalized ruins of Memphis’s historic Marine Hospital. The hulking campus was largely constructed in the 1930s, but it’s built on the tattered pages of history.

The grounds were the site of Fort Pickering during the Civil War, and a focal point of the 1866 Memphis Massacre in which 46 Black residents, some recently discharged from U.S. Army service at the fort, were killed by a white mob led by the city’s police. The hospital built later on the site served boatmen who worked dangerous Mississippi River jobs.

Local developer Lauren Crews spent his childhood exploring the grounds, and recently completed restoration of the structure, abandoned since the 1960s. Crews repurposed much of the original features, creating apartments lined by operating room tiles, the former morgue into a living space and the building’s nuclear fallout shelter into a lobby. The hub of the site’s paranormal activity—the 1884 nurses quarters—now offers poolside views.

The remnants of an ancient civilization blend with echoes of the Civil War at Chickasaw Heritage Park. There, on the doorstep of The Marine Residence, the apparitions of former soldiers are said to patrol grounds in the shadow of a pre-Columbian ceremonial mound that was used as ammunition depot and artillery position for both Union and Confederate armies during the war. 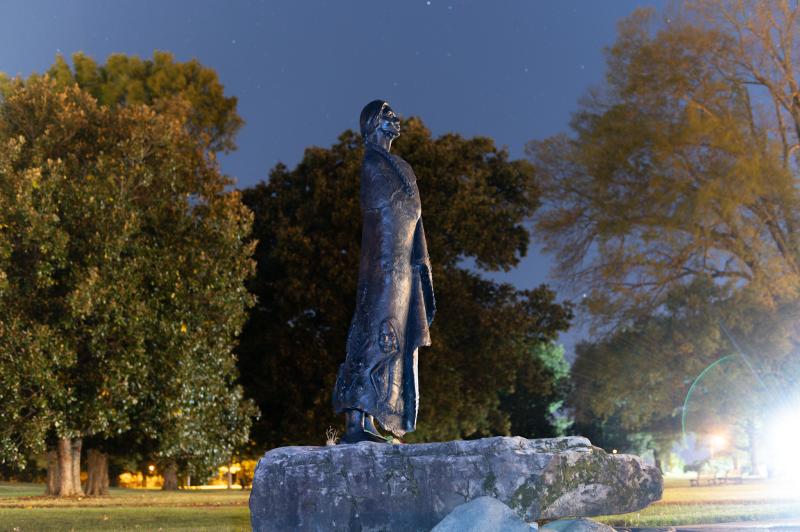 Though local lore says the mounds here were the location of a Chickasaw village, officials at the C.H. Nash Museum at Chucalissa say little scientific research has been conducted on the site. The earthworks, they say, are the work of Chickasaw ancestors from the much older Mississippian culture. Their peaks were likely abandoned by the time Hernando de Soto made his way to the area in 1541, and could date back as far as a millennium.

Fashion models once strolled a submarine runway built into the pool of Ashlar Hall. There, surrounded by thousands of people plucking beer kegs out of imported sand dunes, they were welcome party guests of the hall’s former owner, Robert “Prince Mongo” Hodges. 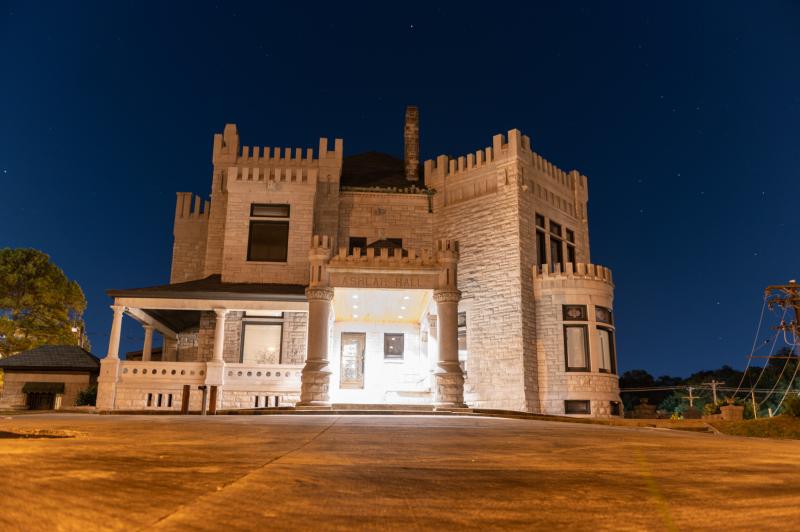 The 1990s parties regularly thrown at “Prince Mongo’s Castle” were legendary, but Mongo says the living weren’t the only dancing guests at his acclaimed Midtown headquarters on Central Avenue.

“We had a lot of ghosts at the castle,” Mongo told I Love Memphis Blog. “Usually, one would ask me if I felt like playing some music for them to dance to. So I would say, ‘sure.’ I knew they liked waltzes, and I would put the music on for them. It was just incredible. They would wear lace and float around. They all came out. Sometimes I would see 100 of them gathered around, dancing, having fun and smiling.”

Mongo believes some of the spirits of Ashlar Hall are former servants of its original owners, the Snowden family, who constructed the stone fortress in 1896. Today, the Victorian Gothic building is undergoing renovation by a new owner who acquired it in a 2016 tax sale.

What happens when a church, a brothel and a blues bar collide on the site of a former city cemetery? Earnestine & Hazel’s, the most famously haunted place in Memphis. This South Main institution has been a Memphis nightlife stalwart for nearly 30 years; however, it was reportedly a functional brothel until the early 1990s. 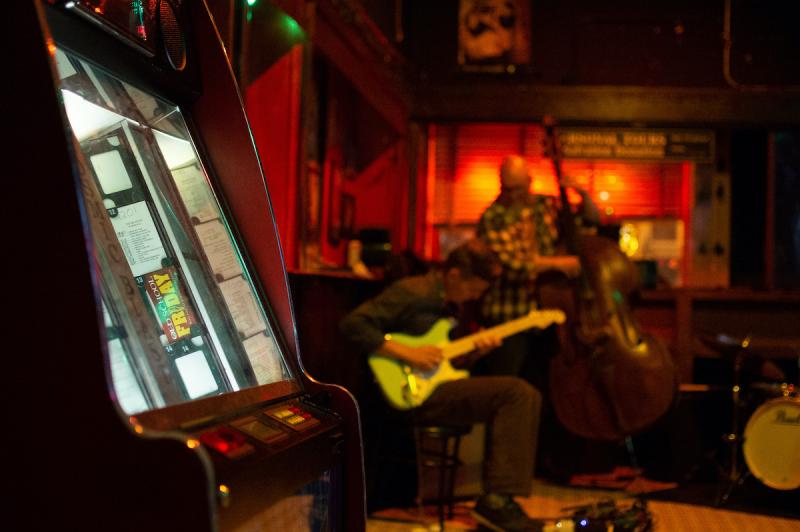 The two-story brick building is home to a haunted jukebox downstairs and a menagerie of spirits and ghosts upstairs. Staff members have reported the sounds of spectral pianos and unexplained footsteps. Full-bodied apparitions have been reported upstairs, where former brothel suites have been largely left intact and visitors have been known to encounter phantom visitors in bathroom mirrors.

At Earnestine & Hazel’s, even skeptics can indulge in local spirits with veteran bartender Nate Barnes, who’s been faithfully watching over the (cash only) second story bar since founder Russell George opened the joint as a bar in 1992. 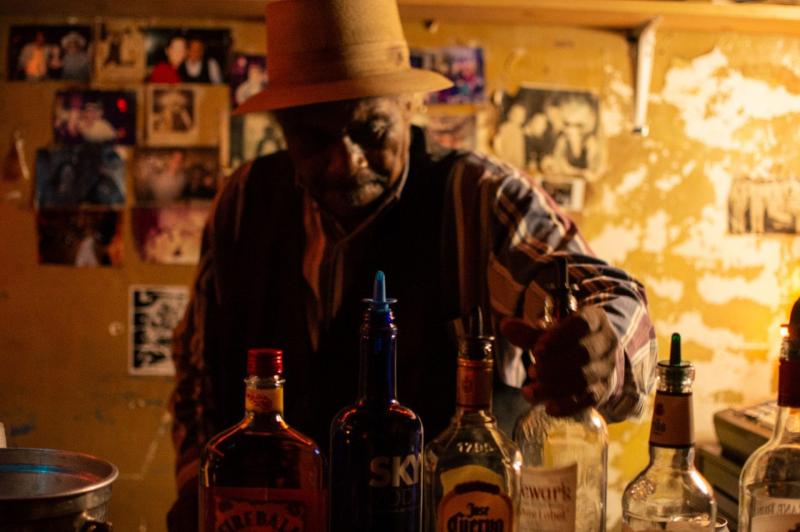 Learn more about the ghosts of Memphis: Historical Haunts Memphis offers both walking and bus-powered ghost tours of the Bluff City. A haunted pub crawl incorporating some of the locations seen here is also available. 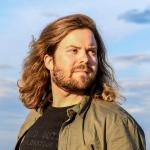 Hi, I’m Joe. I’m a Memphis-based journalist covering travel, adventure and exploration around the globe. I’ve lived in a haunted house in midtown, slung bootleg t-shirts in Soulsville and covered Memphis hoops from high school to the NBA. When I’m in town, you can find me searching for the stories that make the people of Memphis come to life.