Bain BBQ and Bakery, which has been serving their breakfast (kolaches and pastries) at a brick-and-mortar location in Cooper Young since Februrary, will start back up again with the barbecue on June 10, 2022. The space at 993 Cooper Street was home to Stone Soup Cafe, which closed last year after the owner retired.

Bain BBQ and Bakery owners Bryant and Heather Bain started out with baked goods— cinnamon rolls, cookies, pies, kolaches, and klonasniks—and will bring back the BBQ part after installing a huge new smoker, and outdoor seating in the front and back of the restaurant.

Bain BBQ & Bakery is located at, in the former Stone Stoup location in Cooper Young in Midtown, Memphis.

They're open Wednesday through Satruday. Breakfast (kolaches, occasionally burritos) is served from 6 a.m. until 11 a.m. The full barbeuce menu (pulled pork, ribs, brisket, sausage, mac 'n' cheese, potato salad, and slaw, plus all the desserts you can fathom) will be served from 11 a.m. until 9 p.m. They tend to sell out of certain items early so keep that in mind when planning your visit.

It's been a journey for Bain BBQ, from popular food truck to brick-and-mortar, and I can't wait to see what this new chapter brings. (It will probably bring brisket breakfast burritos and delicious smoked BBQ to my mouth.) 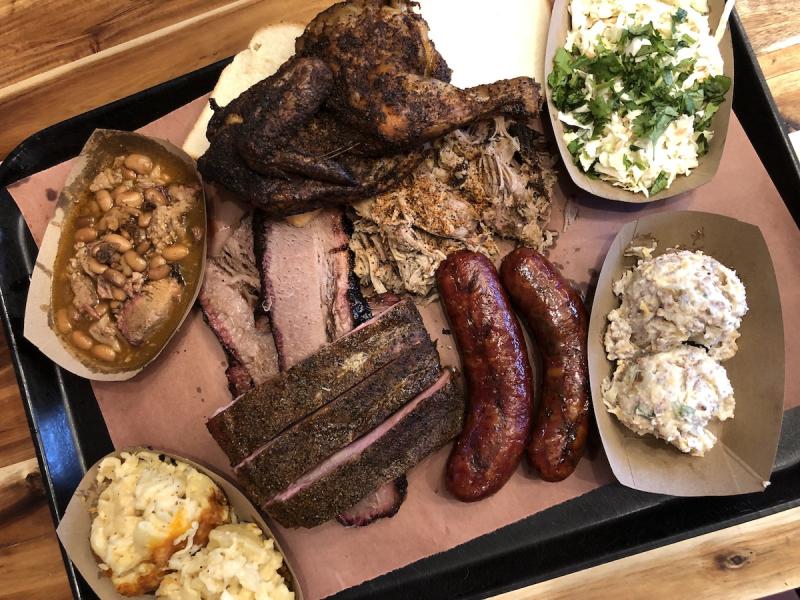 more about bain bbq in memphis

Bryant Bain's Bain BBQ both Memphis-style and Texas-style barbecue on the same menu. The audacity! This eight-year Memphis resident is a native of “a very, very small Texas town of about 700 people” who grew up competing in BBQ contests with his family, and honed his skills in the years since through experimentation and research.

I talked with Bryant to learn everything I could about his Memphis project. I had to nerd out a little about the smoker trailer. Then, I tried the food. One word: amazing. 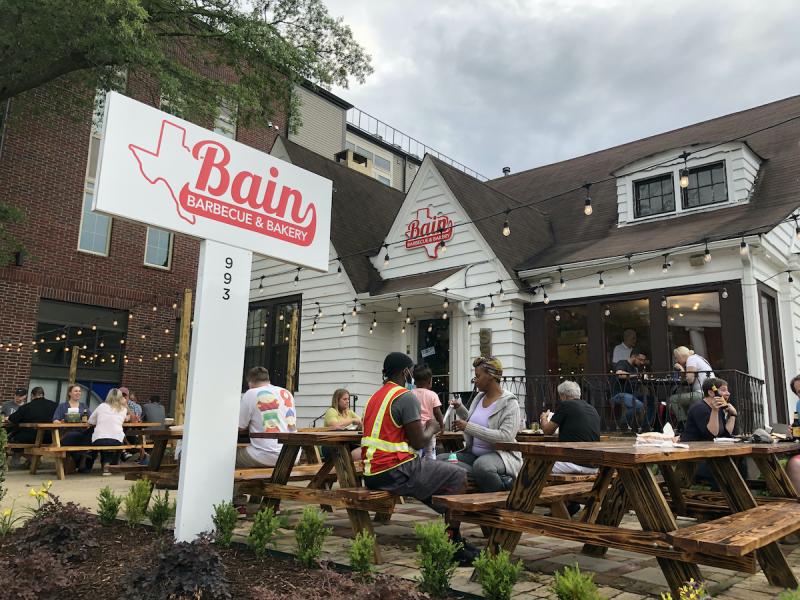 Another big menu item (literally) is the Texas Beef Ribs. According to Bain, all the beef ribs available on Memphis menus are actually beef back ribs, which are smaller with less meat. “There’s nothing wrong with them, and they’re tasty,” he says. “But if you look at what a Texas beef rib really is, it’s like something from the Flinstones.” Those ribs are only available in small quantities, so get there early! Are you sensing a theme here? 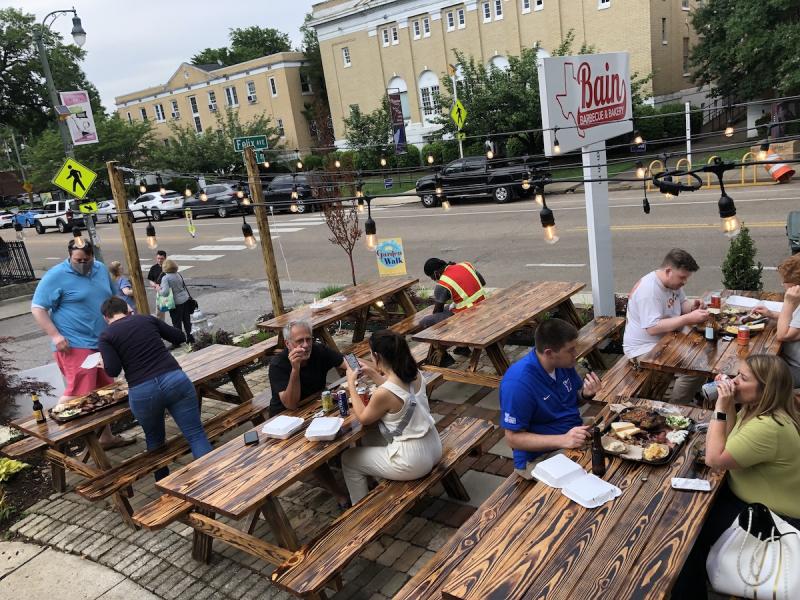 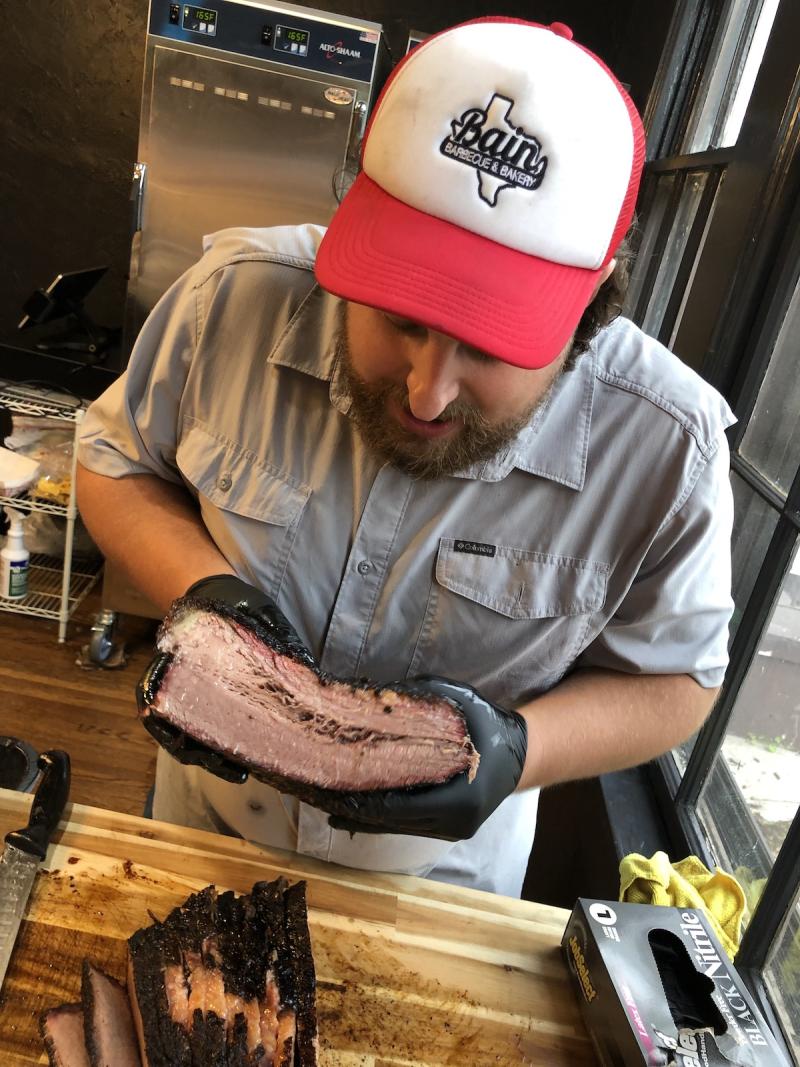 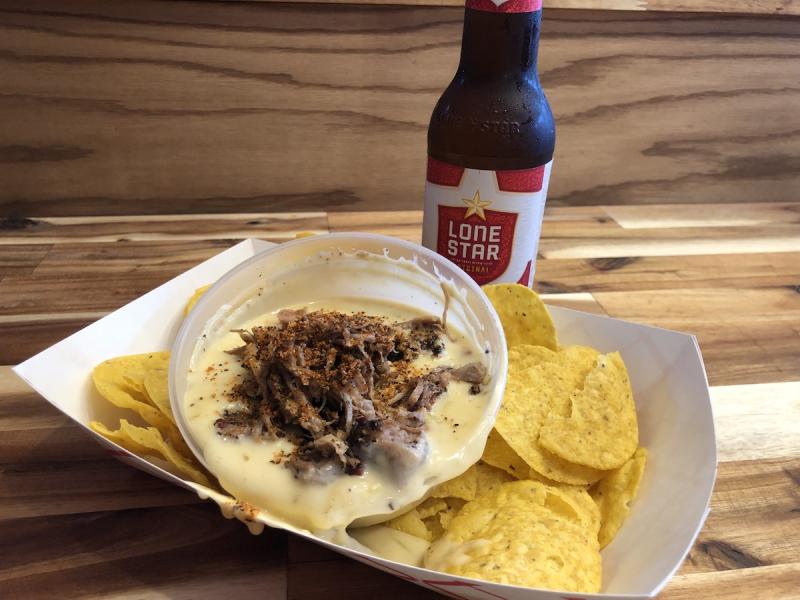 He also serves a sausage imported from his hometown smokehouse, Prasek’s. “It’s my favorite sausage in the world,” he says. “I’ve never been able to find a sausage that tastes like it.” Bain BBQ food truck offers a regular sausage and a jalapeño sausage from Prasek’s, both made from a mixture of beef and pork.

The sides are a little different, too. Instead of sweet barbecue beans, Bain BBQ serves Texas pinto beans, which Bryant describes as “kind of like a chili bean, spicier, warmer—they go well with the meat, which is really rich.” When I tried the beans at the soft opening in May 2022 they were half beans, half meat! Not sure if that will continue. But it's tasty nonetheless.

They sell out and have long lines, so you'll definitely need to plan ahead if you have your heart set on some Bain BBQ.

A post shared by Bain BBQ and Bakery (@bain.bbqandbakery)

“I always wanted to be a chef of some kind, and then I found BBQ. Something about sitting around a fire all night, it speaks to me; I like the flavor profiles,” Bryant explains. “We have ribs in Texas, but I didn’t know pulled pork was a thing until I left Texas, and that was a big realization.” He liked the Memphis dry rub technique with red spices like cayenne, paprika, and a hint of sweetness better than Texas’s salt-and-pepper seasoning. Now he cooks it all.

A post shared by Bain BBQ and Bakery (@bain.bbqandbakery)

Bryant didn’t have a formal pitmaster mentor, but he does look up to BBQ expert Malcom Reed. “I have followed Malcom Reed for forever, since he first put a video up,” he explains. (I looked it up and that was about ten years ago.) Malcom is based in Hernando, Mississippi, and has 1.2 million YouTube subscribers today.

Bryant practiced his recipes on friends, then let the unbiased, notoriously picky Memphians judge his work. Judging by the lines for the food truck and now the restaurant, Memphians are into it.

When will start selling the BBQ?