The Beer Lovers Guide To Memphis

The Beer Lovers Guide To Memphis

(Ed. Note: just for kicks…take a look at the original I Love Memphis Beer Guide from 2010 and see how far we've come in six years. Wow.)

If you want more happy hour specials, read the Guide To Cheap Drinking post. Very important: Subject to change. Call ahead to confirm.

There are a lot daily happy hours. Like, a ton. Check out a list here. Let me know if you know of any really great beer deals I should add. 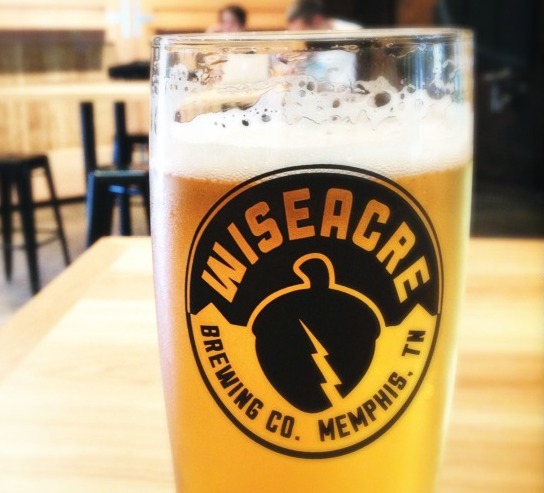 - Boscos Squared (2120 Madison)
You can only get Boscos' beer at Boscos (they do fill growlers). They have a popular bar area with about eight beers on tap, plus a Cellarman Contest at 5:30 p.m. every Monday through Friday. The pub/restaurant is open every day.

- Ghost River Brewing (827 S. Main St.)
Ghost River is a separate venture from the same folks who brought you Boscos. You can find their beer at most stores, bars, and restaurants. Their taproom downtown is open Wednesday and Thursday from 4 p.m. to 10:30 p.m., Friday and Saturday from noon to 11 p.m., and Sunday from noon to 9 p.m. They have weekly trivia, local vendors on Saturdays, brunch on Sundays and live music regularly. See all their programming here.

People like: Ghost River Golden
Holly's go-to: I'm with the people on this one.

- Wiseacre Brewing Co. (2783 Broad Ave.)
Wiseacre Brewing has four year-round brews,  plus plenty of seasonal and special edition beers, and the taproom has about a dozen beers on tap. The taproom is open Wednesday - Friday from 4 p.m. to 10 p.m. and from 1 p.m. to 10 p.m. on Saturdays. Where to find Wiseacre beer. Read the post (which was, incidentally, my second post ever).

People like: Tiny Bomb Pilsner and Gotta Get Up To Get Down
Holly's go-to: Ananda IPA

- Crosstown Brewing Company
This one's still in the works! 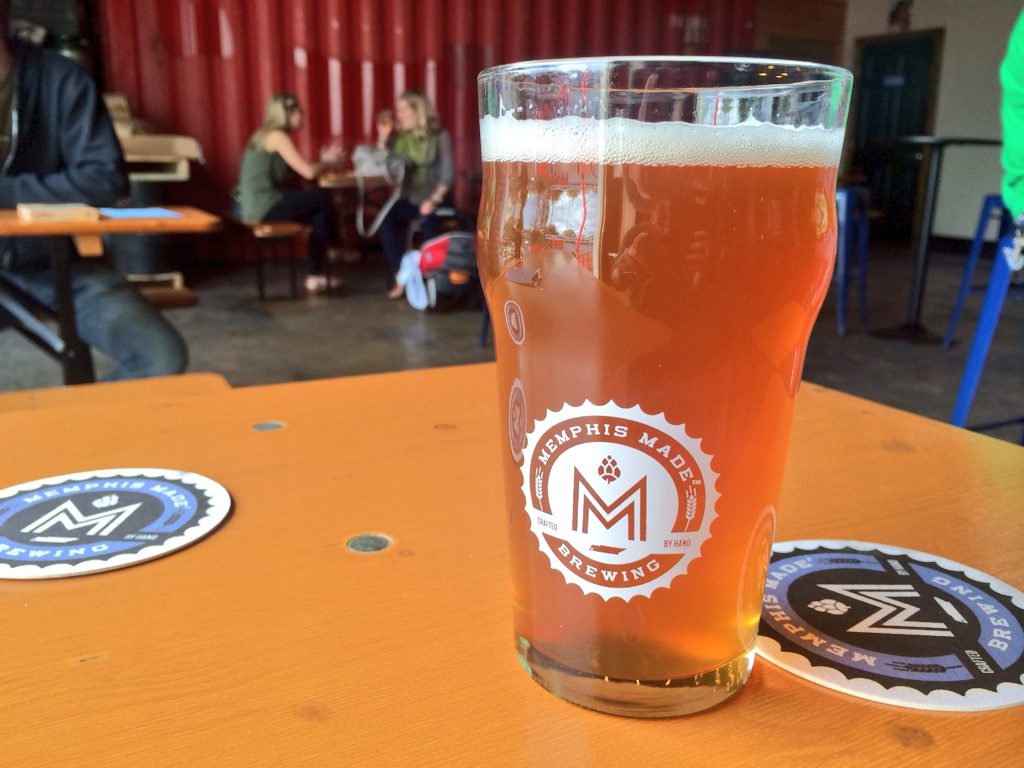 3. More Beer Fun: Places To Buy Good Beer + Beer Events
The local breweries host regular special events, tappings, and tastings. I'm not going to include all of those here, just the biggest ones. Check out their social media and websites for more info.

- Read more about several of those in this Thrillist article on the best beer bars in Memphis.

- Hammer & Ale in Cooper Young offers you a chance to try all of the local beer in one place. You can get flights, pints, fill your growler, and eat. Read more in my review of Hammer & Ale.

- The Madison Growler Shop (located inside the Cash Saver grocery store in midtown) has a notorious craft beer section and active growlier filling station. Check it out.

- The Casual Pint on Highland has a big selection of bottled beers and draft.

- The Pink Palace hosts an annual Science of Beer event in January with tons of local and regional breweries offering tastings, plus food pairings and seminars.

- The Brew Movement Against Multiple Sclerosis is held at the Pink Place each February and features home brews, craft beer, food, music, and more.

- Memphis Brewfest is in April at AutoZone Park each year, and features a whole bunch of beers, both domestic and international.

- The Dixon Gallery and Gardens hosts a beer sampling and dining event every fall called Art on Tap.

- Most all the breweries do something for Oktoberfest in late September or early October.

- The Cooper Young Beer Fest is an annual regional craft-beer-only festival that happens every October with a limited number of attendees for maximum brewer interaction and beer enjoyment. This year (2016) it's on October 22. 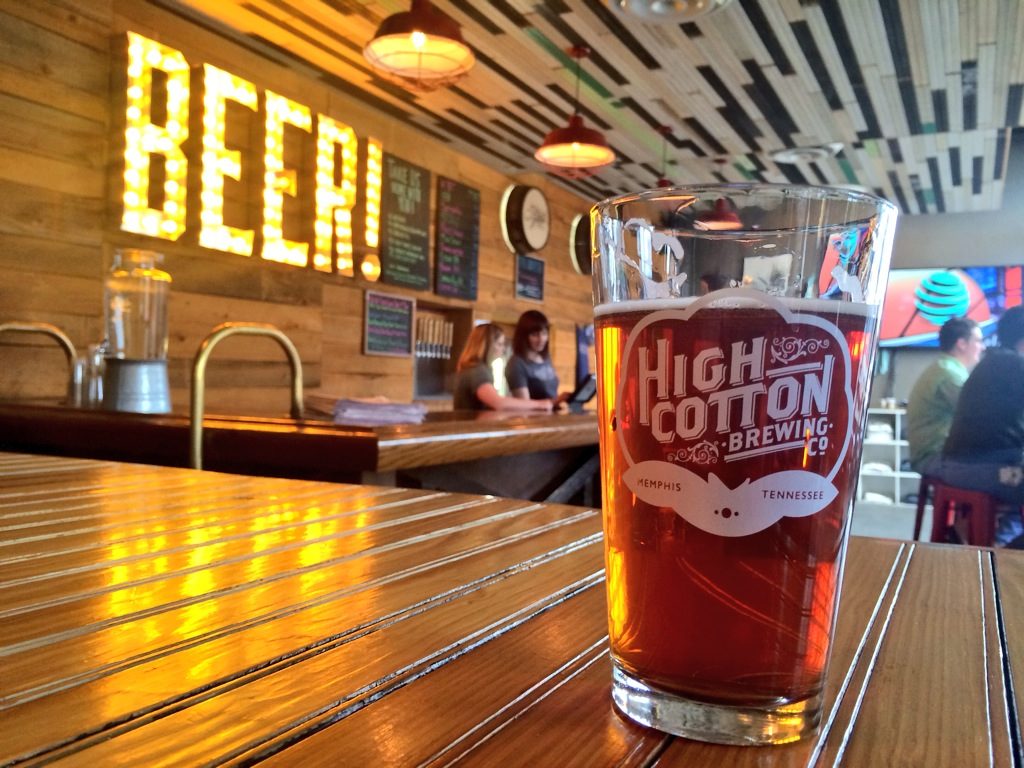 - If you're into home brewing, check out Bernoulli Brew Werks beer supply store. Those guys know everything about beer and they nearly sent me into liver failure when I judged a home brew competition one time.

- If you're looking for places to get your growler filled, check out this post. There are a ton of filling stations and some of them might have experienced some changes. Call before you go somewhere to double check on hours and availability.

- Memphis has a Brewers Association Homebrew Club with meetings, events,a and competitions.

- The Memphis chapter of Girls Pint Out has monthly Sunday meetups.

- FuzzyBrew – A beer blog by Memphis-area beer lovers / brewers, keeping you updated on the ever-growing beer scene in the Mid-South. Twitter: @fuzzybrew

Did I leave something off? Share your additions in the comments.

Drink responsibly, please. With Uber and Lyft so easy to use (and cab numbers easy to remember – 577-7777) there’s really no excuse for driving if you’ve been imbibing.

Thank you for mentioning the Brew Movement Against Multiple Sclerosis! The last one was incredible if I may say so myself! And there is another Memphis Homebrew Club, Bluff City Brewers and Connoisseurs -- https://www.facebook.com/Bluff-City-Brewers-and-Connoisseurs-207485592626670/?fref=ts I also must mention Midsouth Malts -- the long-standing Homebrew Shop at Summer and White Station (741 N. White Station) (https://www.facebook.com/Midsouth-Malts-168430746503141/?pnref=lhc). It's a great scenario because they and Bernoulli Brew Werks have some non-overlapping hours of operation, so it makes homebrew supplies more readily available in the Bluff City.

Home Brewing: Mid-south Malts. Zoo Brew: Is 2 times a year. Memorial Day and Labor Day. ( But should be boycotted due to too many tickets sold out of greed, AND the Greensward.)