Overton Park Shell free concerts are back! The Shell announced 36 free concerts and festivals for 2022, and we're heading into the second half of that season.

For the second straight year and in celebration of their 40th anniversary, the Overton Park Shell is partnering with the Memphis Black Arts Alliance for the MBAA Pre-Show Series.

Pre-shows start at 5:45 pm and will feature 9 acts throughout the season including Hope Clayburn, Michael Townsend, Angelstreet and many more.

While you can always swipe your card for a quick donation during a free show at the Shell (or drop some cash in the donation bucket), there are several other ways to support this awesome free thing to do in Memphis:

When you think the Shell, you think "free concerts".

But these free shows don't grow on trees, and neither do the lights, sounds system, groundskeeping, and staffing for the shows. The Overton Park Shell really needs our donations and support in order to keep the music going. That's why they host a couple of paid concerts every year.

If you're a frequent Shell-goer, you can think of it like getting dozens concerts for the price of a few. These concerts are different from usual Shell shows because outside food and drinks aren't allowed, and pets need to stay at home.

On March 3, 2022, the Shell formerly known as Levitt announced that they'd be returning to the original name of "Overton Park Shell".

Here's what they have to say:

The Shell has survived many eras over the past 86 years, from the original Memphis Open Air Theatre, also known as The Overton Park Shell, founded during the Great Depression through to the Levitt Shell of the past 16 years.

This historic stage has been the site of many pivotal concerts in the history of music from Elvis’s first paid gig, and what historians refer to as the first ever rock n’ roll concert, the seminal Country Blues Festivals of the 1960s and the community driven free programming of The Shell’s more contemporary years.

One thing throughout The Shell’s history is certain, this is a stage meant for Memphians and our local musical heritage. 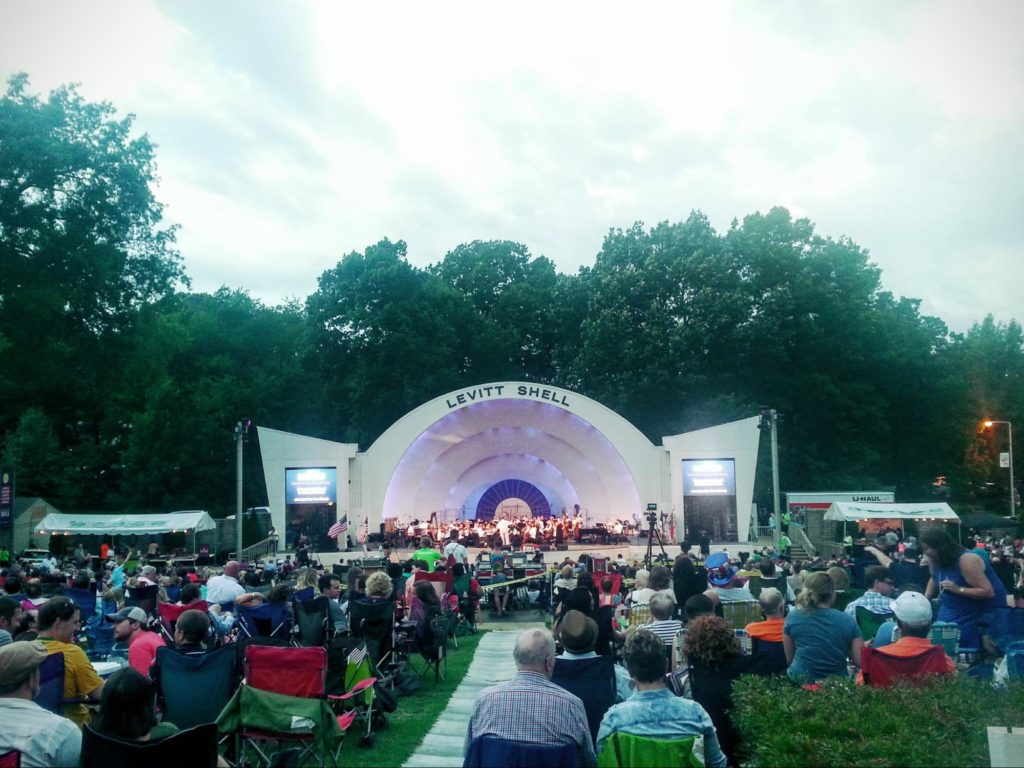 Hi Lauren ! Ok I'm super excited about the entire event ! How do artist become potential for stage lineups ? I see in July TBA ..so how's that working ? I will be traveling from Oklahoma but I do know if several bands that would be possibly interested to play Downhome Blues ..Jazz and ...🤔...Rock 😁annnd some  downright good ole Backwoods Country 😁 if needed. If there is somewhere where I could find out their formation ? Venue anything set ups ..sign up....link to drop bands bio  info etc.,. that would be awesome ! Im Looking forward to all the new information on up and coming summer concerts ! Road tripping for us ...making good vibes and music along the way 😁 Prayerfully I will be able to volunteer this year it will be my first and hopefully one of many more to come !!

Hi Gina — not sure who your message was for but I would contact the Levitt Shell directly with your questions! LevittShell.org is a good starting point.

I’m beyond excited to be in attendance of as many concerts as possible!  Let’s give a shout out to all that work tirelessly to make sure we can experience the joy of what brings everyone together and that’s MUSIC!  For those that can please make a donation in support of making all this possible!

I love the events you have for the people of Memphis

Like to talk with someone about having a company party.

Great music I truly enjoyed it.