There's a lot of good news in Memphis! Here are this week's highlights.

If you need a soundtrack while you read this quick roundup of positive and happy stories from around Memphis—check out our theme song, “Ain’t It Good?!”, by Eddie Floyd and Mavis Staples. 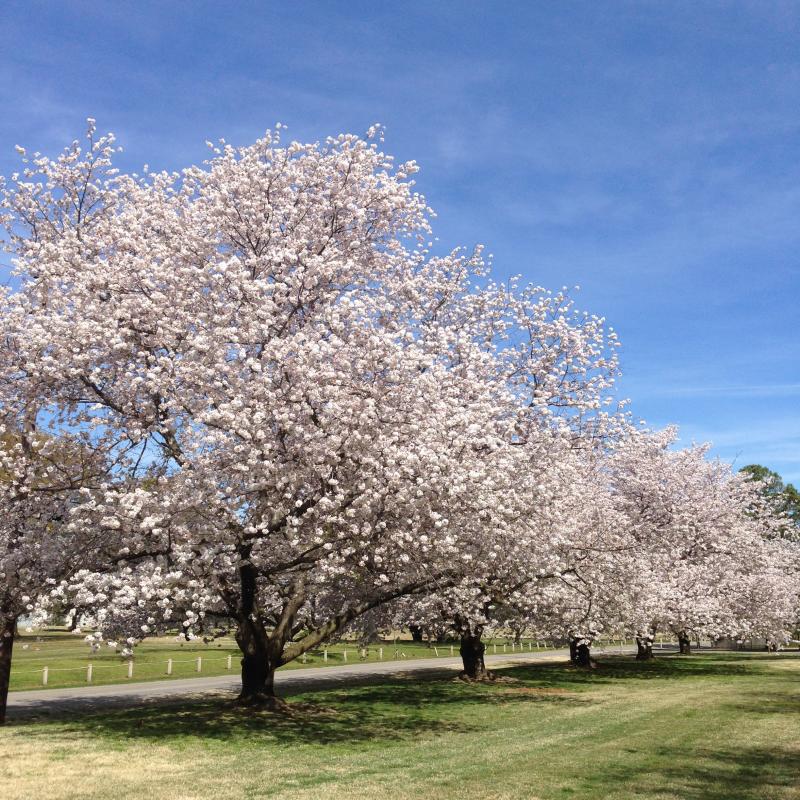 It’s been a crazy week in Memphis since our last news update. We survived the Twitter ban, we have tornado weather coming through, and the inventor of the Internet came to town for an important cause.  Aside from that, here's some more highlights from what's been going on in Memphis:

ICYMI, the convention center downtown is being totally renovated, and it’s going to be awesome. Also awesome is the enormous printed mural now on display in the windows facing Main Street at the Renasant Convention Center. Created by local design studio Pretty Useful, this mural features a ton of Memphis landmarks and a few nods to things only Memphis lovers will know. It’s kind of hard to capture in photos due to the glass glare, but hopefully you’ll be able to see it in person soon. —HW

Let me draw attention to an extremely cool virtual festival happening this weekend: the Black Lodge Telethon. Tune in for streaming music from 18 local bands, short films from local filmmakers including Craig Brewer, drag shows, stand-up comedy, and midnight movies. It’s all directly on their website at BlackLodgeMemphis.com starting at 6 p.m. on Friday, March 19th. Don’t forget to donate to Black Lodge’s fundraiser and tip the bands—donation info will be onscreen during the stream. —HW

The soccer team known for smashing guitars to start their matches just brought on a new player, midfielder Mitch Guitar. Niiiice. Info about the 2021 season is coming soon. —HW

Opera Memphis is hosting a creative writing contest for Shelby County School students. Students should write a dramatic or comedic monologue or a slam poem inspired by the works of one of two Memphis artists: photojournalist Ernest C. Withers or painter Carroll Cloar. The prize is $250 and the winning work will be turned into a mini-opera! Deadline is March 26th. Details. —HW

Things are blooming at the Memphis Botanic Garden

The garden will host the first Saturday of their Spring Blooms event this weekend, with guided and self-guided tours of the Japanese Garden, cherry trees in bloom, and several food trucks. Details.

The Women’s National Invitational Tournament (WNIT) 2021 postseason will be happening next weekend in Collierville. The two semifinal games will be played March 26, with the championship game set for March 28. The semifinals are scheduled for 5 p.m. and 8 p.m. ET, with the championship tipping off at 2 p.m. ET. All games will be streamed by FloHoops, available here! —EH

Vote For Your For Favorite Local Biz!

FedEx is giving away their Small Business grants again this year—up to $50,000 for the Grand Prize Winner. How do businesses win? We have to vote for them! There are plenty of local businesses in the contest, so I encourage you to check our favorite local shops and give them a vote here. You can also peruse the Tennessee businesses. You can vote once every 24 hours until March 24. —HW

Attention Vendors! Sign Up For The April River Market

The Downtown Memphis Commission, in partnership with the Memphis River Parks Partnership and other local vendors, will be starting the River Market Series on Earth Day, April 24! The River Market will be free to the public and open from 1 p.m. - 6 p.m. If you’re interested in being a vendor, apply here.  —EH

Play Slam! is a 10-Minute Young Playwright’s Festival hosted in partnership with International Paper and the American Alliance for Theatre and Education. Young writers from Mid South area schools submitted work related to themes chosen by the Play Slam! committee and AATE. Congratulations to this years’ Winners, Anaya Murray and Harper Steinmetz! —EH

State Rep Torrey Harris shares his favorite places in Memphis in a new story on OutTraveler.com, including the National Civil Rights Museum, Shelby Farms, and Curry ‘n’ Jerk restaurant. Check it out. Out Traveler is an LGBTQ-focused site that offers travel inspiration and advice. Representative Harris is the youngest legislator in the Tennessee House. Love it!. —HW

How it started vs. how it's going ⚡

This is a view of the Main Street entrance and the sky bridge that connects the Renasant Convention Center to the Sheraton Memphis Downtown Hotel.#Memphis #Convention #ConventionCenters #Meetings #meetingplanner #meetingsprofs pic.twitter.com/sQS2gAGrBt

My colleague Elizabeth Hornor and I work together on this weekly update, so going forward you’ll see that reflected by the sign-off initials for each bit of news. PLEASE submit your local good news by emailing her [email protected] with the subject line “Ain’t It Good”. **

** More about submitting: We’re looking for nonprofit successes, random victories, acts of kindness, rescued baby animals, positive national news coverage of Memphis…any thing that brings joy and brags a little on the people of our city. Send it in, and your story could appear on a future blog post!

Ed. Note: Special thanks to Kevin Brewer for the “Ain’t It Good” song suggestion and to Elizabeth Hornor for her assistance with this article.