New Wing Order Has A Restaurant On Beale Street

New Wing Order Has A Restaurant On Beale Street

One of Memphis' favorite hot wing food trucks will open their first brick-and-mortar restaurant on Beale Street! After years as a food truck traveling around town, owners Jesse McDonald and Cole Forrest knew they wanted to eventually have a brick and mortar restaurant.

Through June 10th, New Wing Order will host a soft opening on Beale with the food truck menu only. June 11, 2022 is the grand opening and the launch of the expanded restaurant menu. 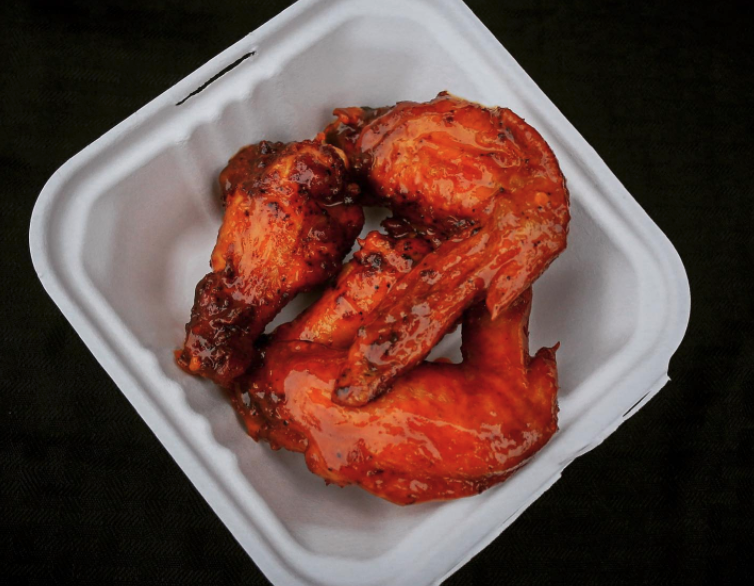 Ghost River’s taproom at 341 Beale Street is the brewery’s second location, which opened in 2021. Their original location is going strong at 827 S. Main Street. At the Beale taproom, you’ll find an indoor dining area, a patio, and an outdoor beer garden with frequent live music. It’s a chill hangout spot on Beale and one that brings a much-needed local flavor to the street.

Ghost River started in 2007 as an off-shoot of the city’s first brewery, Boscos in Overton Square. Named for the cypress swamp section of the Wolf River, this popular local brewery is best known for their Ghost River Golden Ale and the Grindhouse Cream Ale.

They produce dozens of special brews and seasonal varieties throughout the year. At the Beale Street taproom, they have more than a dozen beers on tap, including a couple seltzers, and also offer several beer cocktails—think shandys, beermosas, and punch.

Side note: Ghost River Beale’s first restaurant contract was with Flying Sobie’s, known for their Cornish hens, waffles, fries, and tasty sauces. Flying Sobie’s is no longer at the Beale Street location, so follow Chef Sobie Johnson on Instagram at @chef_sobie. He’s bringing back the food truck this June! I love them and I’m excited for their next move which I’ll be sure to keep y’all updated on.

New Wing Order is beloved in Memphis for their consistent chicken wings and creative sauces, including the award-winning Memphis Buffalo, the medium-spicy “Ja’s Sweet Heat”, and the classic Grind City gold. They also do loaded fries, nachos, and a couple of tacos, plus monthly special flavors like Huli Huli (Hawaiian-inspired pineapple barbecue sauce) or the Mardi Gras (Cajun honey hot with remoulade).

They’ve worked for years to perfect their recipes, methods, and customer service, and they’ve won multiple top prizes at food competitions including the World Championship Hot Wing Contest since 2013.

Between the chicken wings, the vegan fried avocado tacos, and nachos, people are perfectly happy with the food truck menu. But these are the New Wing Order guys we’re talking about! They’re going to keep trying new things and offering more to us hungry Memphians.

This means that once they get things going at the Ghost River location, they plan to introduce a sausage and cheese plate, vegan-friendly avocado fries, quesadillas, and grab ’n’ go sandwiches like a pimento cheese and chicken salad to and expanded restaurant menu. (Click on that link for a sneak peek!)

And don’t worry, the New Wing Order Food Truck isn’t going anywhere. They’ll still be roving around town. You can follow them on Instagram for location or check out their updated calendar on their website. Co-owner Cole Forrest says they’ll be able to host events in the taproom space as well, since the truck’s demand for catering events (wing-themed wedding anyone?) has increased the last few years.

I can’t wait to try out the new menu items and see the renovated space at Ghost River’s Beale Street taproom!