I Love Memphis Blog and the Memphis Music Hub are bringing you weekly Memphis music features—so you can discover new music and get to know the amazing people making that music!

Check out all the music features here. 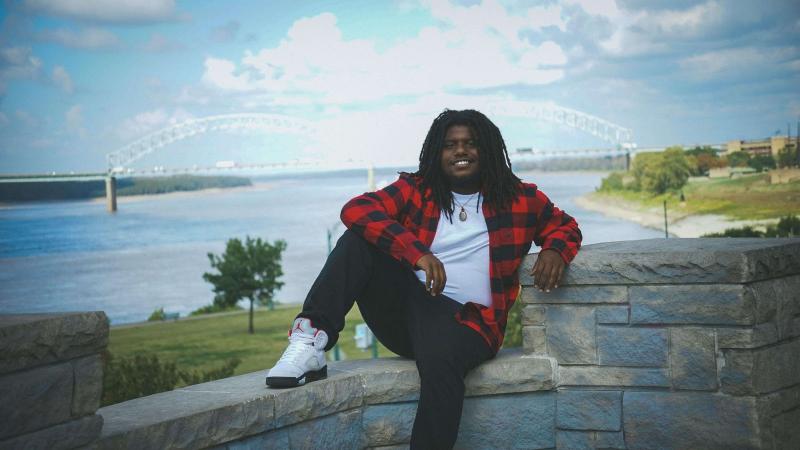 MH: What about Memphis inspires you creatively?

Chris: I'm inspired by the distinctive characteristics of being a Memphian. I can be 3,000 miles across the country and if I hear someone from Memphis ordering food, I can pick it out. That sets the tone from my speaking voice, to my production, my clothes and even my value system to a certain extent.

MH: What do you love about the current Memphis music scene?

Chris: J. Buck. He’s 100% my favorite live performer in Memphis. I’ve known him since 9th grade and I’ve watched him grow over the past few years into the most seasoned performer that I know, personally. We went to Whitehaven together. He’s also on my favorite song on my new album. Right now, I'm a huge fan of Duke Deuce. He's from the Haven and I love how he embodies the culture of the city. His cadence and flow are CRAZY! I love everyone though, honestly. My peers for sure, Adro, Slim, Iceberg and Jai Musiq. I went to school with Tay Keith and I'm still amazed at his trajectory and all that he's been able to accomplish so far. Plus, the music is HARD.

Chris: Being at the Southern Heritage Classic tailgate is my ultimate Memphis experience. Smelling the BBQ nachos and Pronto Pups. Hearing the music blaring from car speakers. I grew up going to the classic every year because my Pops worked for Ike's and would get tickets and tailgate access from vendors. The classic was the one place growing up that you could see and experience Memphis on every level. Plus, I grew up in the Mound, less than a 10 minute drive from the stadium.

MH: Can you give advice for a  young artist getting started?

Chris: INSTANT GRATIFICATION FOR A TRUE ARTIST IS A MYTH!!!! Even though we've witnessed the meteoric rise of some artists due to social media over the past decade, DUES HAVE TO BE PAID. I've performed for literally 4 people before. I've had a venue book me and not promote the show. The main thing is that if you are truly passionate and willing to put in the work, you will find everything you're looking for and more. I'd say focus on the basics, what YOU'RE good at. Practice every single day and set clear intentions and work like you believe they will happen. So, all in all, pay dues, work hard, don't get discouraged because the internet is rushing you and actually put in the work to become GREAT.

MH: Do you have a quick story that changed you as an artist, a moment in time that moved the needle for you? Or a quick story on a mentor?

Chris: The release of my 2nd project The Cancerian 100% changed my life. I'd told myself that I'd put out the songs I'd recorded as a project and if nothing happened in a year, I'd go back to school and become a University instructor. The project opened me up to the local underground hip hop scene in Middle Tennessee, where I was still living at the time. As time went on, more and more people heard about me and I started getting booked for shows. Most notably, my song "Playa Playa", which is still my most popular song to this day, changed everything. I entered the song for a chance to perform at the "Lyfe is Dope" showcase that D Parks and Nyce Lyfe put on for Memphis artists. They called me personally to let me know that the song was a unanimous decision and that's when I realized that I may have been onto something. From there I put together a self-booked 4 venue mini-tour. That's when I realized, 'I CAN DO THIS AND I WILL DO THIS'.

MH: Tell me about a hobby or passion you have that is completely unrelated to music, how you got into it, what you love about it. Is there a way to relate it back to your love/passion for music?

Chris: I LOVE hiking and being outdoors in general. I went on my first hiking trip with my fraternity brothers of the Murfreesboro Alumni and ETA Gamma chapter of Kappa Alpha Psi fraternity in 2015. We took a group of high school Juniors and Seniors who were a part of our Gentlemen’s Academy out to Virgin Falls in Sparta, TN and camped out. It was a strenuous trail and around 12 miles round trip. I’ve been hooked ever since. I lived in Middle TN after graduation and I’d take advantage of the beautiful hiking trails and waterfalls spread about the the eastern and middle parts of the state. In addition to being a great workout and seeing the beautiful landscapes, I find solace in the silence of nature. It grounds me and puts life into perspective. It definitely inspires the music because it helps me to remain peaceful and at one with God's creations. I even shot my video for my song, “Whole Lotta Healing”, on my favorite trail at Greeter Falls. Shout out to the director and 1 woman Drea Tiffany Young for doing the entire hike WHILE shooting. You’re the real MVP!

MH: What is the most unexpected music interest you have?

Chris: I was and still am a big fan of *NSYNC. I grew up when they were the biggest group in the world. The Self titled debut, No Strings Attached and Pop contain some of my favorite songs. Yea, they were a cheesy 90s boy band. But they had some wonderfully written and produced songs. Songs like “I Just Wanna Be With You” and “Girlfriend” take me back to listening on my portable CD players. Those guys could blow. And once I found out JT was from Memphis, I was hooked. People probably wouldn’t expect that. Those guys were bumpin.

Chris: At the time of this interview, I am finishing my 5th project "Nice Guys Finish Last" that I've worked on with my friend and producer Burnie Amsterdam (who's produced every  song on my last two albums) since January 2020. That will be released this summer. I'm very excited because it's the album I've wanted to make my whole life up to this point. I feel like I'm definitely putting my best foot forward lyrically, however, I'm most proud that I wrote and co-wrote on every song, including the vocals for some of the singers featured. I take pride in my pen, and I love R&B music, which heavily influences the album. I pride myself on being an excellent performer, even more so than being a great lyricist or songwriter. So, I definitely look forward to booking more shows, especially in Memphis. MY dream is to headline the Beale Street Music Fest.