Though she be but little, she is fierce!

Madison Avenue Park is the latest property to receive some love and attention in downtown Memphis. What was once a languishing, empty former Burger King is now a pocket park. And get this - it's not a pop-up! It's there for real, at the corner of Madison and Maggie H. Isabel Street/Rendezvous Alley. 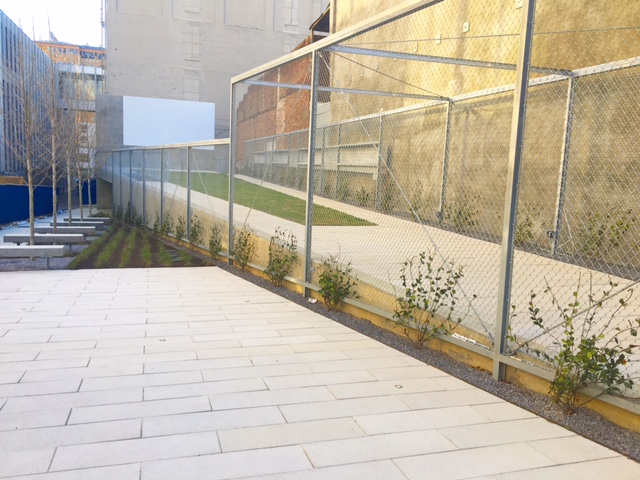 Imagine this with fully grown vines and trees.

Let me also mention that it's across the street from the Brass Door, home of early weekend soccer watching, British Bingo, and some seriously amazing chips. I walked over to the Madison Avenue Park a few weeks ago after a morning game and saw the park, which is truly tiny - with an almost humorously small swatch of grass - but cool, modern, and inviting.

The view from The Brass Door is much better now, too. And let's be real, it's infinitely better than a dead Burger King.

Shout out to Memphian Scott Crosby who - along with his partners - bought the land in 2013 and worked with The PARC Foundation to design and build the MAP. Mr. Crosby is also a partial owner of the Brass Door so this makes a lot of sense.

Featured photo at the top of this page via Jeff Hulett.

The park also has a video screen where the Memphis Gooners and American Outlaws will be watching big soccer matches in the future.