The dark red, brown and chrome interior makes the restaurant feel more like an upscale tapas bar than a family taco joint. That’s not to say it’s not family friendly – there’s a kids’ menu, and when I was there on Tuesday night, there were several families with young children scarfing down taco salad bowls. 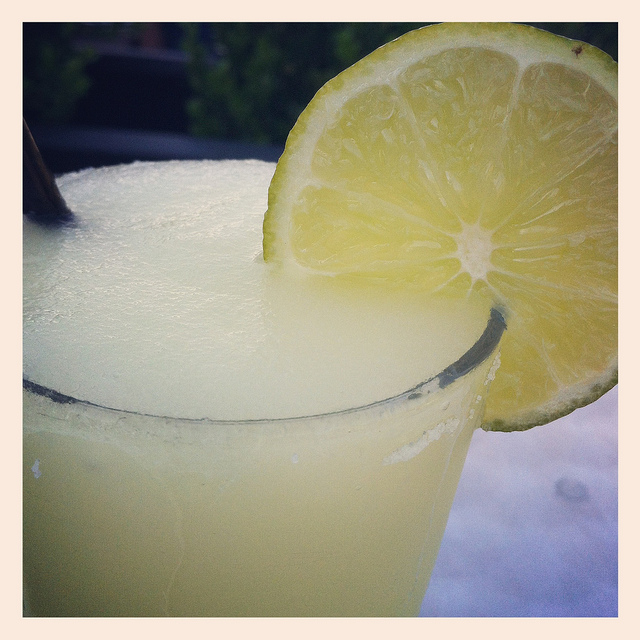 I ordered the grilled fish tacos. They were two big fish fillets covered in pico de gallo, resting on unfurled tortillas. They came with tasty cilantro lime rice and some steamed vegetables. Chips and salsa aren’t complimentary, but they’re fairly inexpensive. The chips are seasoned with a sort of dry rub that goes particularly well with the guacamole.

At lunch, the service at Swanky’s is diner style. You place your order at the counter, picking out the ingredients for your tacos or taco salad bowl. At dinner, the restaurant switches to full table service. There are patios at both Memphis locations. Above is a photo of the patio at Swanky's in East Memphis.

Swanky’s has two Memphis locations, one at Poplar and Kirby in Germantown and one in East Memphis on Poplar near Colonial. They have two other locations as well, one in Franklin, Tenn., and one in Southaven, Miss.

The one at Poplar and Kirby is always diner style! :) love some swankys!

I love the Swanky's at Poplar and Kirby! Love it! I've only been to the other one once.(look at how many "o" words I used!!) They also have trivia night once a week. I have usually order a salad and have it made exactly how I want it. And I have a HUGE collection of their cups.

Thanks for the write-up!! We always appreciate kind words. I really enjoy the positive attitude about Memphis that is expressed on your blog. I've been reading it for a while and I think it's great! Keep up the good