Ed. Note: To much fanfare and lines of hungry people, Slim & Husky's opened in Memphis on December 16, 2020. My colleague Elizabeth Hornor visited on opening day, and contributed to this story's research and all the photos. Thanks, Elizabeth!

The famed Slim & Husky's Pizza Beeria opened on December 16, 2020, on Union Avenue in the Edge District near downtown Memphis. This new pizza parlor is the seventh location for the black-owned, Nashville-based brand that specializes in gourmet pies, cinnamon rolls, and local beer on tap. 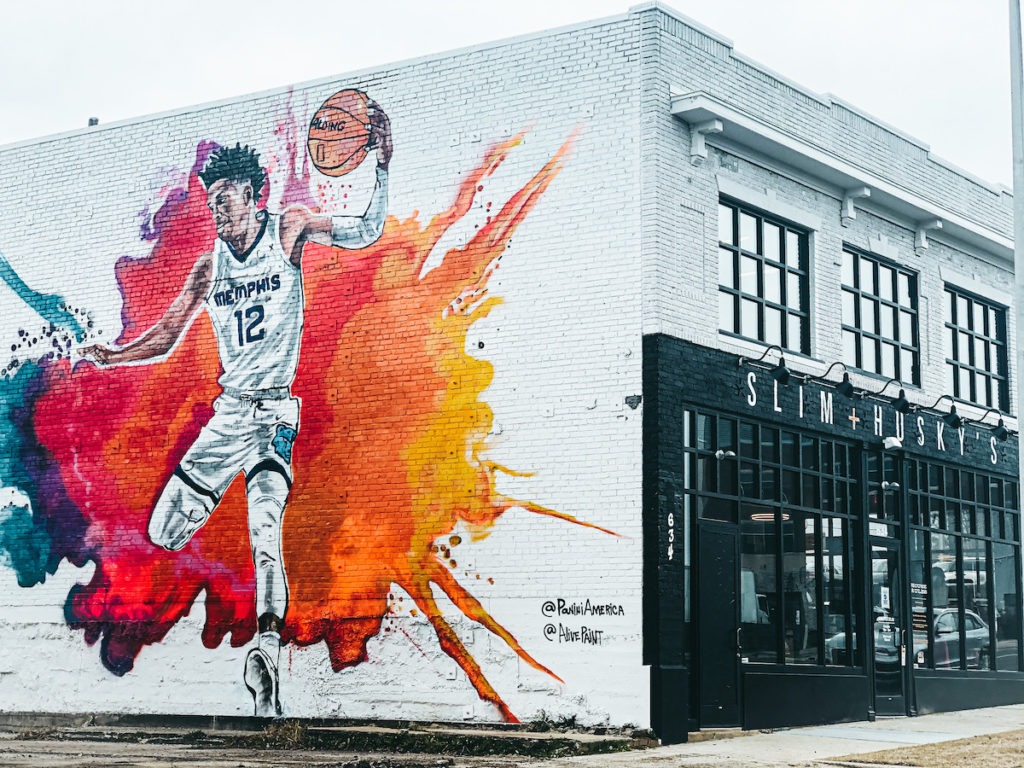 Before the long lines formed.

Owners Clint Gray, Emanuel Reed, and Derrick Moore were all roommates at Tennessee State University when they got the idea for a unique pizza parlor inspired by hip hop music and art. Their dream became a reality and a quick success in 2017 when their first location opened in Nashville. Read more about their origin story in the Memphis Flyer.

The Memphis Slim & Husky's team spent the pre-opening week providing hundreds of meals for local teachers while artist Jamond Bullock finished up a new Ja Morant mural on the side of their renovated historic building—community integration is as much a part of their mission as is providing unique pizza.

Slim & Husky's is open for lunch and dinner from noon to 9 p.m. each day. They offer online ordering for pickup (to save on wait time) and delivery through DoorDash. They also ship frozen pizzas. Follow all guidelines for dining out and any rules the restaurant may have, like wearing a mask. I'd expect lines and waits for a few weeks because people are PUMPED.

The Memphis location is at 634 Union Avenue, just east of the former Commercial Appeal building. There's a small parking lot next to the historic building, but you should plan ahead to allow time for parking—and for time for waiting in line.

About parking: aside from the lot next door, there is a lot across the street but I'm not saying it's OK to park there and I'm highly recommending you walk down to the crosswalk before crossing Union. You could also use street parking on Marshall and take a stroll around the corner. 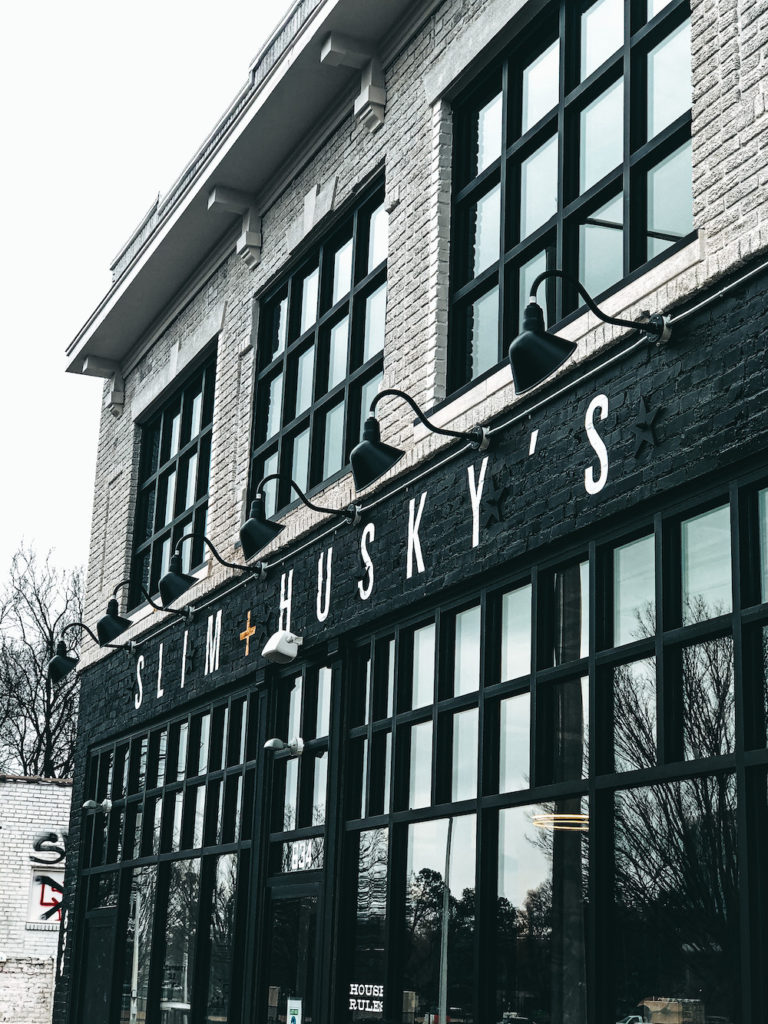 They refurbished this 95-year-old eyesore on Union. Nice!

While this is their seventh location in the U.S., that wasn't the original plan. Memphis was supposed to be the third location, after Nashville and Atlanta. "We purchased this property in 2018," explains owner Clint Gray. "It's 95-year-old structure, so it took longer than we initially thought it would...and we had other stores open in the meantime. And then COVID hit, which slowed the process down even more."

But now, there's an excitement for the Memphis restaurant, and a feeling that the Slim & Husky's team here has already become a part of the community. "The reaction's been great," Clint says. "Memphis is one of the cities we'd like to expand in, so we're already looking at areas for other locations." 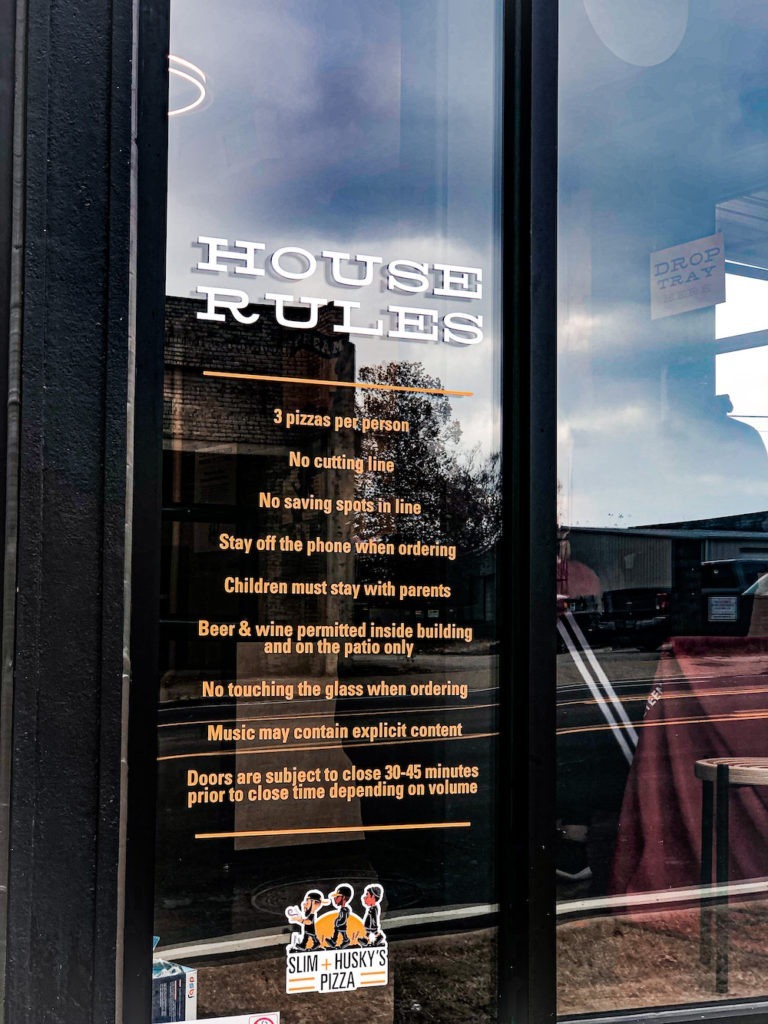 Slim & Husky's Menu: Pizza Rules Everything Around Me

Pick from five different pizza sauces and tons of toppings for a create-your-own pizza situation. Or you can choose from their speciality pies like the P.R.E.A.M. with a white sauce base, Italian sausage, pepperoni, mushrooms, spinach, and onions, or the California Love, a pesto base with artichokes, tomatoes, red onion, and optional shrimp. There are classic red sauce options, too, of course. See the full menu here. 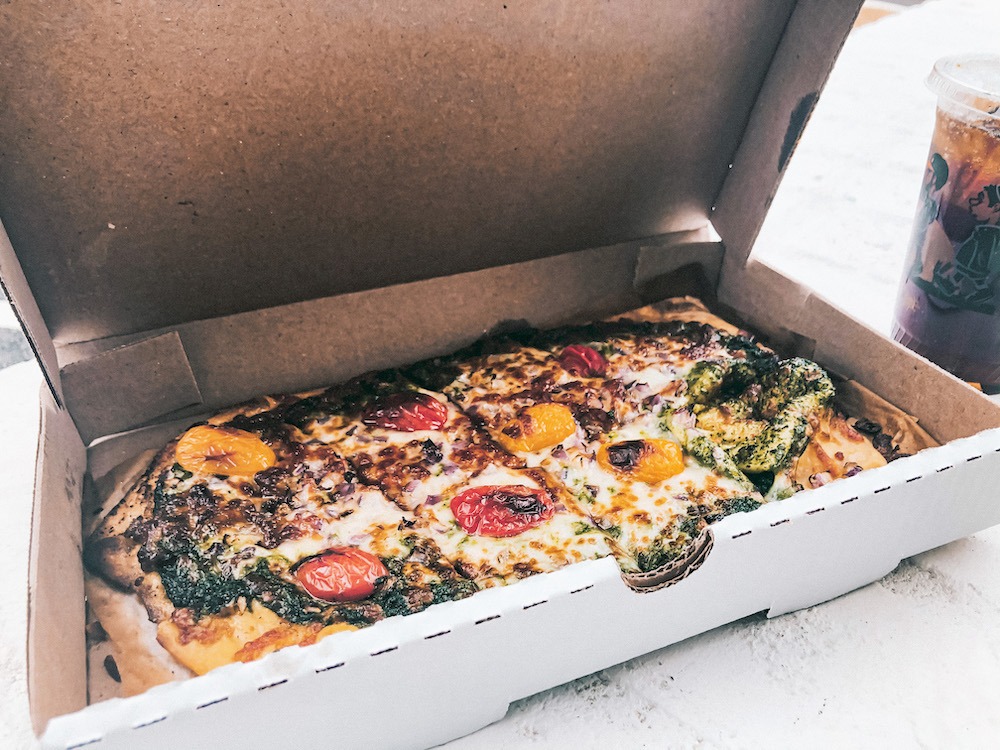 I appreciate that Slim & Husky's doesn't just throw a cinnamon roll onto the end of their menu and call it dessert; they've really gone for it with multiple cream cheeses and toppings. The Halle Berry roll, for example, will get you a doughy, fresh-baked roll with blueberry sauce and a lemon glaze, and the Cookie Monsta features Oreo crumbles, peanut butter, and white chocolate sauce. My goodness. 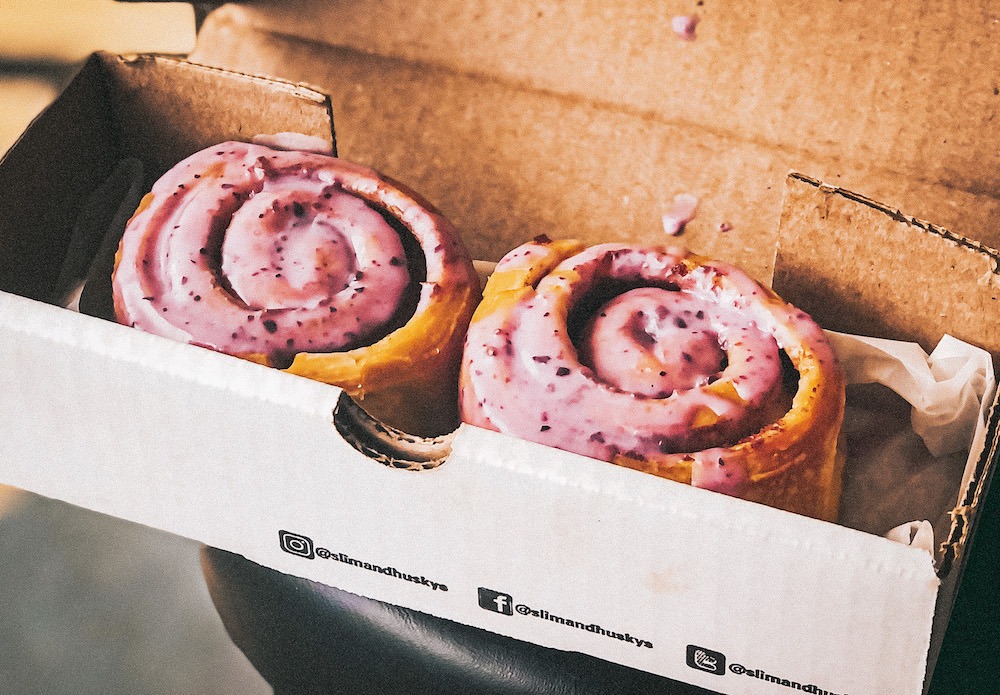 Memphis murals cover the interior and exterior of the pizza joint from Tennessee artists Jamond Bullock (aka Alive Paint), XPayne, Aliexis Miché, and Memphis muralist Toonky Beery. Slim & Husky's owners plan to turn the upstairs of the restaurant into a gallery an event space in 2021.

A post shared by Slim and Husky's Pizza Beeria (@slimandhuskys)

We truly enjoyed our pizza 🍕. We've had the slim pizza twice. We are sold! Happy to support our own. We wish you great success!👍🏽🙏🏽

We had the pleasure of meeting Jason, Cindi and the family this weekend at Amelia Island Florida.   Jason is a true Executive and Salesman. Thank you Cindi for reaching out for scheduling the Tour.  We are excited and can not wait to sample Slim & Husky Pizza.  Stay tuned for Follow up Review. Stay safe.

I love this place.  Now the only place I want to get my pizza from. Taste is just as good or better if you have to warm up for later.  Always good service.  So happy you guys decided to share with Memphis.  Hope you will stay around!!!

You have to bring this pizza joint to Boston ma, best I ever had in life, I hit it up everytime I'm in Tennessee!!! Bring one location to Boston please!!!