Eat This: the John T. Edge Burger at Hog and Hominy

Eat This: the John T. Edge Burger at Hog and Hominy

Ed. Note: Hog & Hominy is temporarily closed to rebuild after a fire.

Over the weekend, I finally got around to trying the much-hyped Oklahoma-style John T. Edge burger from Hog and Hominy. 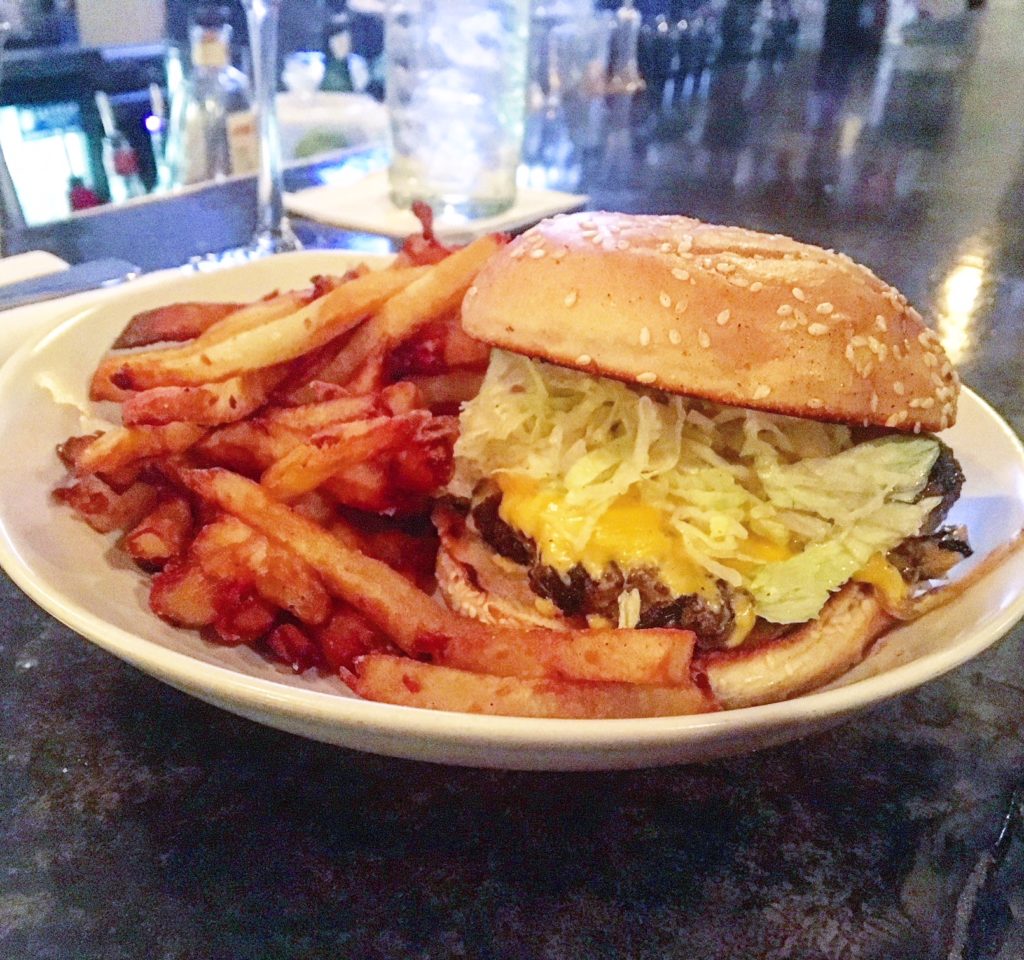 (If you'd like to see a much better photo of it, look here.)

The burger comes served one way: 5 ounces of ground, locally sourced beef topped with onions (that get sort of smashed into the beef during the cooking process), shredded lettuce, and a slice of American cheese with mustard on a toasted bun.

Despite it's formal first-and-last name, John T. Edge burger is more Soul Burger than chef's burger. It's relatively small, but the meat was flavorful. I found it to be a little bit salty and kind of a mess to eat, but both are issues I'm willing to overlook. After two cups of summer brew, I was ready to declare it the greatest burger I had ever eaten on a restaurant patio after 11 p.m.

I owned a restaurant in for 13 years that he(john T) enjoyed(yocona River Inn) in oxford..............but I am not a believer in this  PR machine of southern food rivivalism.............he(John T) is a nice man ...and props to him for creating a following.....but there is a PR machine behind Him and John Currence in Oxford..many current Oxford Restaurant owners feel this way!!Their food is WAY OVERRATED ,,,,BOURE is BORING!....City Grocery has dropped off locals know.and as a seasoned veteran...."I can't go for that>>" hall and oates.....the food is good-average.....but BETTER is the good ole boy network that pumps there food way up............congrats on getting cold beer.OXFORD........It was always treated like a 9 v battery....up on the shelf...in the past......

Yeah, boure is not nearly as good as it used to be.