Try A Zippin Pippin At Muggin Coffeehouse in Whitehaven

The most Memphis coffee shop in town. 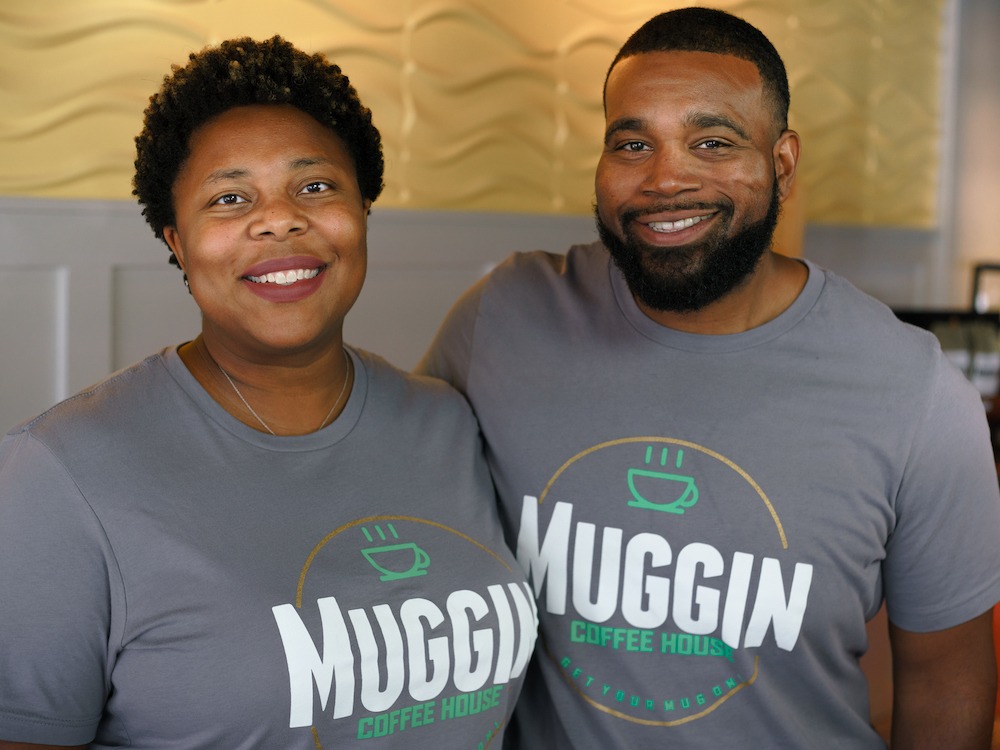 Ken and Mary Olds will open Muggin Coffeehouse in Memphis in July. Photo by Alexander Parmley

“We decided to be more than partners for life, to be business partners, too,” Mary told me when I spoke to her last week. “Things lined up last year, and I do believe it was divine intervention.”

Muggin Coffeehouse, which opens July 6, is located off of Elvis Presley Blvd. and will be open Mondays through Saturdays offering drip coffee, espresso drinks, nitro coffee, baked goods, and ground coffee by the pound.

Mary and Ken grew up in Whitehaven and met in the eighth grade. After spending the first 16 years of their marriage in Chattanooga, they returned to Memphis in 2017 to raise their children. The two were working in Whitehaven, where there is not a local coffee shop. “For anyone who works or lives here, it’s very frustrating.” Mary did some market research and found that many people in the neighborhood were actually driving to Southaven to pick up coffee.

To the Olds, it felt like the community had changed since their upbringing, with residents leaving their neighborhoods for amenities rather than staying in the area. “That was a problem we could help solve, so we set out on a mission to learn everything about the business of coffee.”

Fast forward more than a year later, and Muggin has gotten some buzz on social media as the first locally-owned coffeeshop in the Whitehaven neighborhood. For now, you can order one pound bags of ground coffee (with roasts like "Hard Out Here For A Drip" and "Lookin For The Brewin'") online for delivery or pickup, while supplies last. 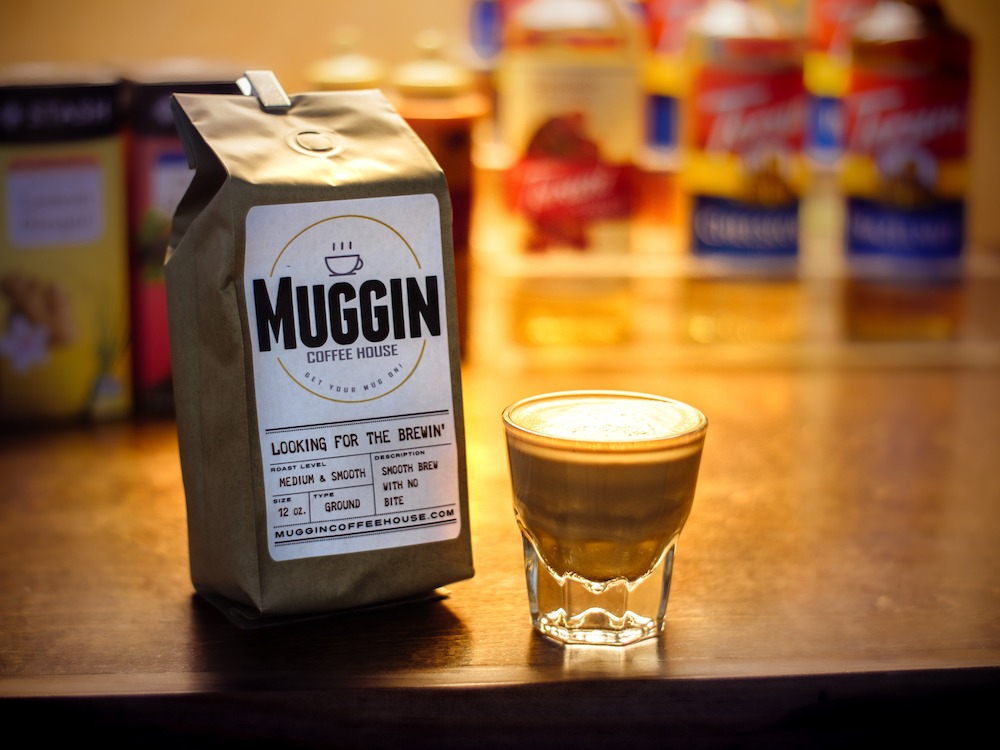 Coffee: More Than A Drink

Mary has years of experience in the corporate coffee world, learning to build and open shops “from the ground up”, while Ken has a career in finance and retail, so they already had a strong foundation.

“We are of the belief that if you want something to change, you have to be the one to make that happen,” Mary says. “If you have the wherewithal to make that change, then it’s your duty to do that. I know I’m just talking about coffee, but coffee is so much more. It’s more than a drink, it’s a community, it’s the conversations that we make time to have.”

“Where we are now, with all of the social injustices, a lot of conversations are happening—and coffee houses can provide that place where community can be built.”

At this point in the conversation, I am all the way inspired by Mary’s passion, not only for Memphis and Whitehaven, but for her insight on creating a tighter-knit communities. Then she told me that the inspiration for the name and concept came from Memphis—so I’m already a fan. 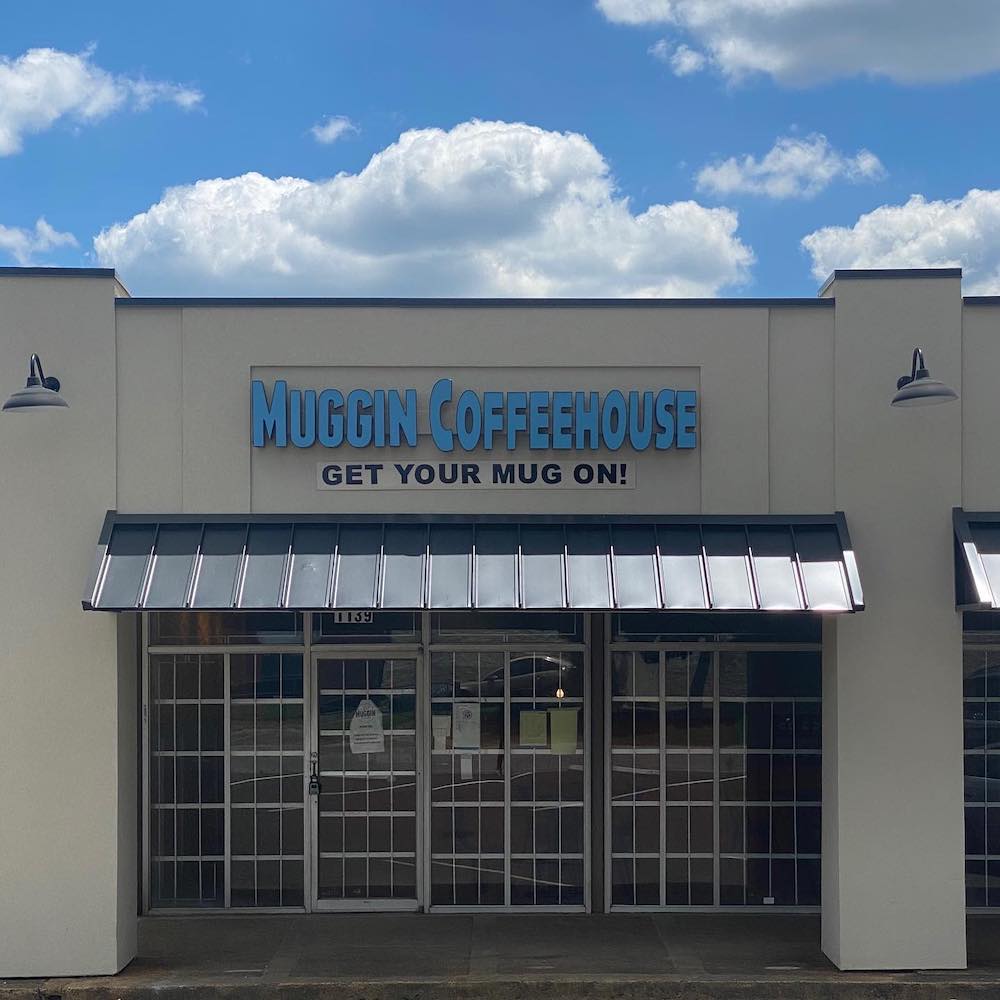 “We decided last April that we wanted our shop to be very Memphis. We were sitting at our kitchen table with our notepads to brainstorm, to just call out anything that said ‘yes, this is so Memphis’. It was a quiet moment and I shouted out ‘Muggin!’ And we knew right then,” she recalls. 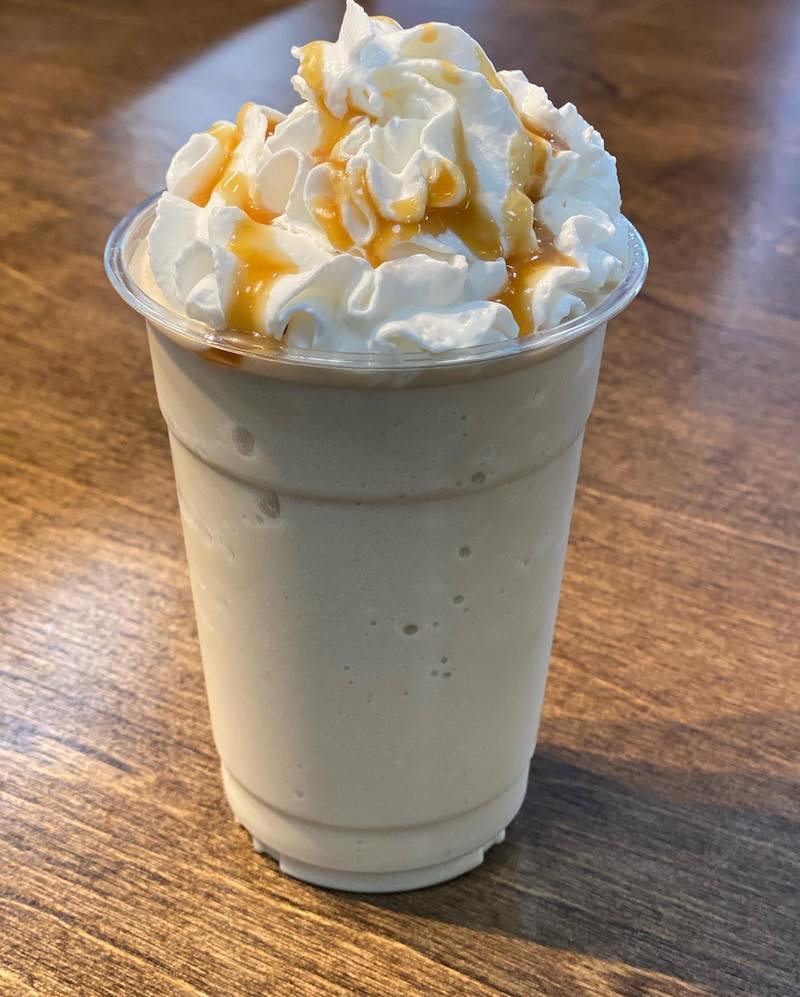 From Muggin: “The Zippin Pippin: A roller-coaster of white mocha, milk, coffee, ending with whip cream and caramel drizzle."

“We grew up in the nineties, and ‘mean muggin’ was everywhere, then the ‘mean’ got dropped and it was ‘who you muggin’ and ‘get your mug on’ and all these different things. That’s the vibe of Memphis, though, that whole Memphis vs. Errrbody thing. That’s how Memphians are; we’ll take on the earth."

From Muggin came other Memphis-inspired names like “Lookin for the Brewin”, the most popular roast in Muggin’s online store, and "Hard Out Here For A Drip". “That’s the tip of the iceberg,” Mary laughs.

The new Memphis coffee shop will offer drip coffee, hot and iced espresso drinks, nitro coffee, teas, sweet and savory baked goods, and bags of ground coffee The coffee beans are sourced from local roaster J. Brooks and Memphis baker Kristy Williams is in charge of treats like the Sweet Potato Loaf, which Mary describes as “everything you love about sweet potato pie in cake form, drizzled with vanilla bourbon sauce.” Forget whatever little chalky scones you're grabbing at the drive-through, these aren't your everyday coffee house treats.

Muggin will be open for to-go and dine-in (there’s wifi, tables, a couch, and plenty of outlets) from 6:30 a.m. to 6 p.m. Monday through Friday and from 8 a.m. to 3 p.m. on Saturdays, closed on Sundays. Those hours may change, but you can follow on social media for details and updates. 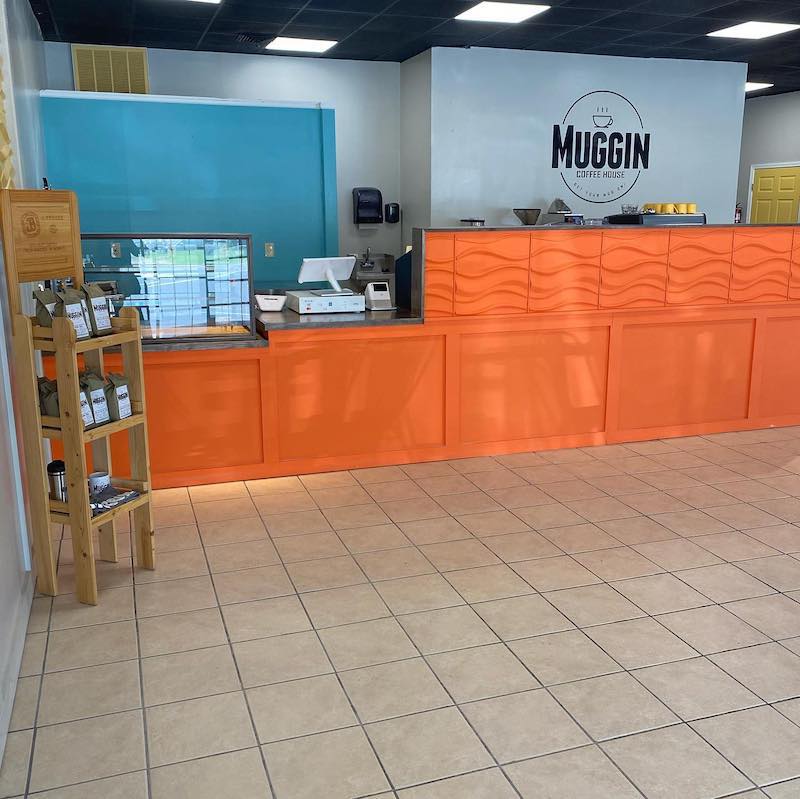 Can't wait to see the shop completed and open! Photo via Facebook.

When Will Muggin Open?

Muggin Coffeehouse plans to have a soft opening on July 3rd from 8 a.m. - 4 p.m. and then regular hours starting July 6.

Mary describes her favorite drink as comforting and simple, A Hug And A Mug latte, which is oat milk steamed with honey and espresso. “When you come to Muggin you're going to get a supremely good cup of coffee, she says.

"But the vibe we hope you feel is one of happiness, joy, community, and that I belong here. Sometimes when you go into a coffee shop, it feels a little stiff. We want people to be comfortable saying ‘I want the thing with the caramel and the whipped cream’ and our response will be ‘we got you’. We want people to feel at home.”

My god daughter carried me to Muggin Coffeehouse on 5/25/2021 and I had a Spanish herbal muffin and I will be going back. I didn’t know this place was there. Great place to go to eat and have a great cup of coffee. This will have me getting up earlier in the morning just to go to...🤗💕🐻