Today, the Memphis River Parks Partnership revealed an updated plan for the redesign of Tom Lee Park. It was broadcast live in the Daily Memphian website and YouTube. 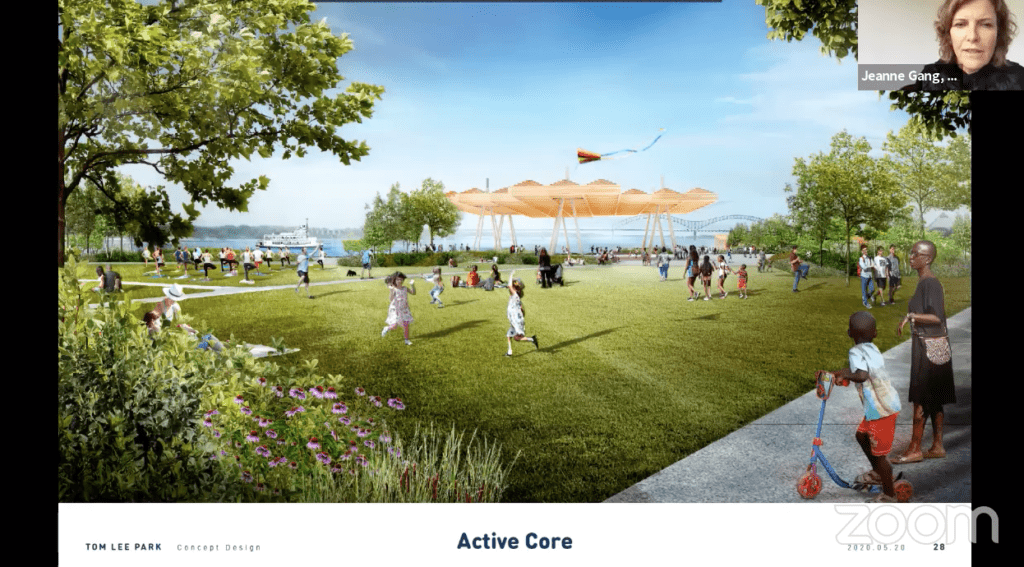 You can watch the full presentation, which is still live right now, here. There's also a virtual walkthrough on the new TomLeePark.org website. Here are the bullet points, Memphis In May info, and some images:

Special thanks to the Daily Memphian for hosting a Q&A with Carol Coletta (President and CEO of Memphis River Parks Partnership) and Kate Orff (principal of SCAPE), and Jeanne Gang (principal of Studio Gang). Some of the below bullet points were pulled from the video presentation and the Q&A portion:

Fast Facts and Memphis in May Info 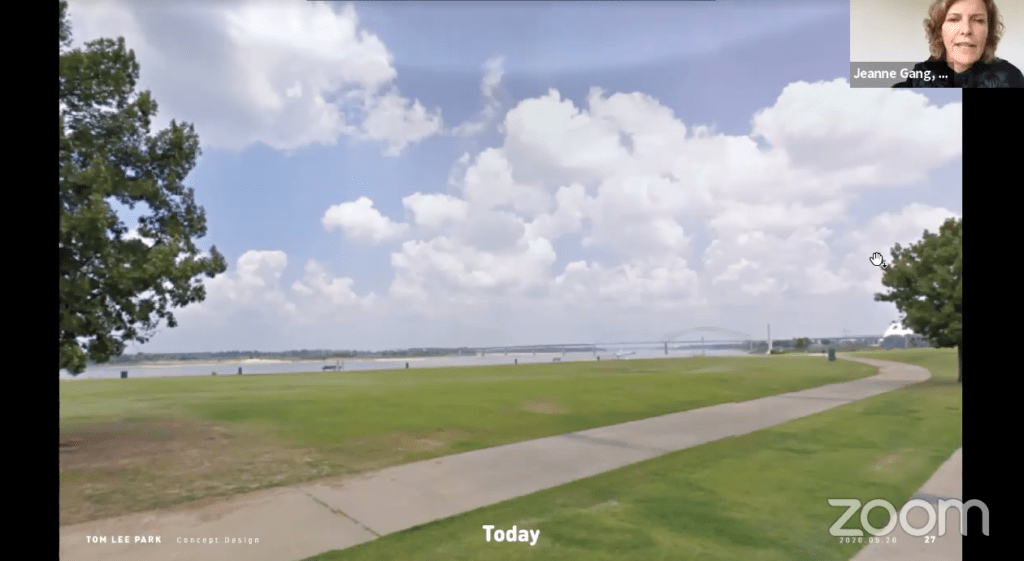 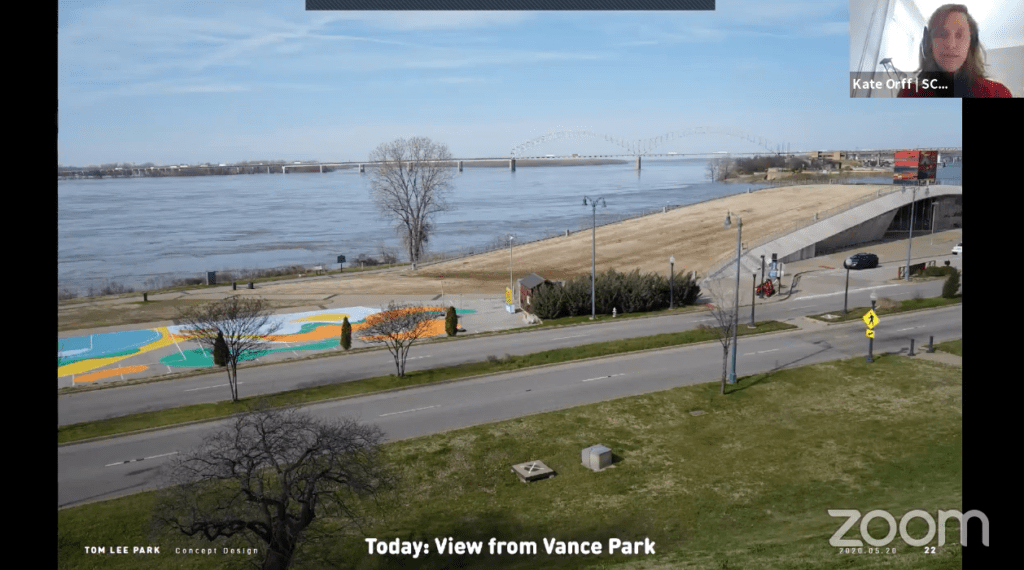 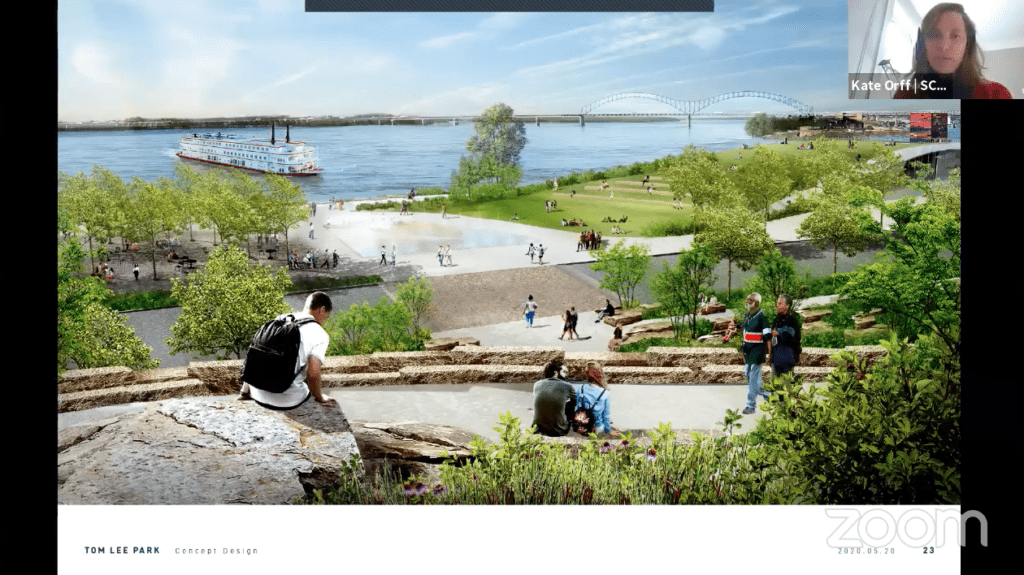 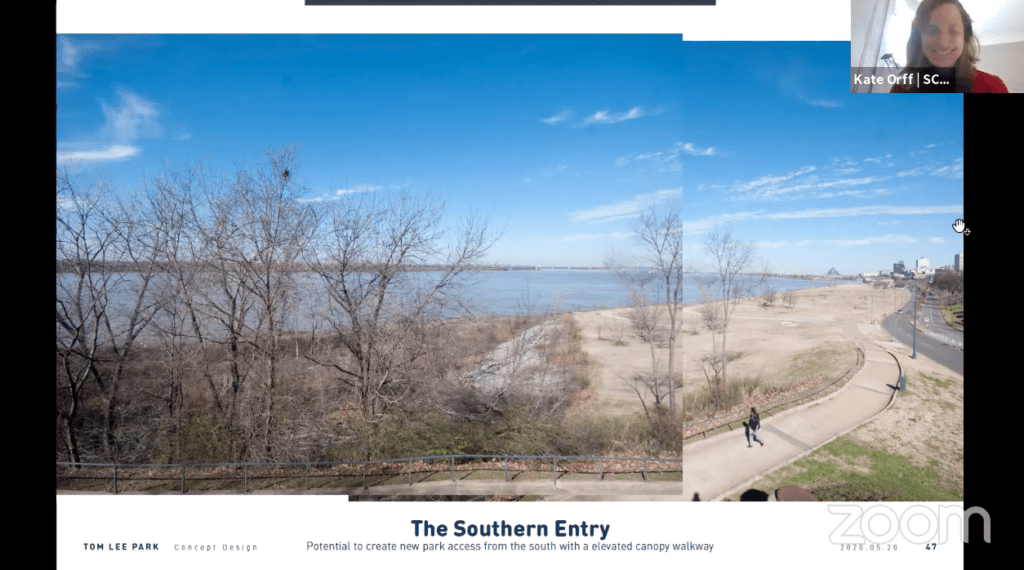 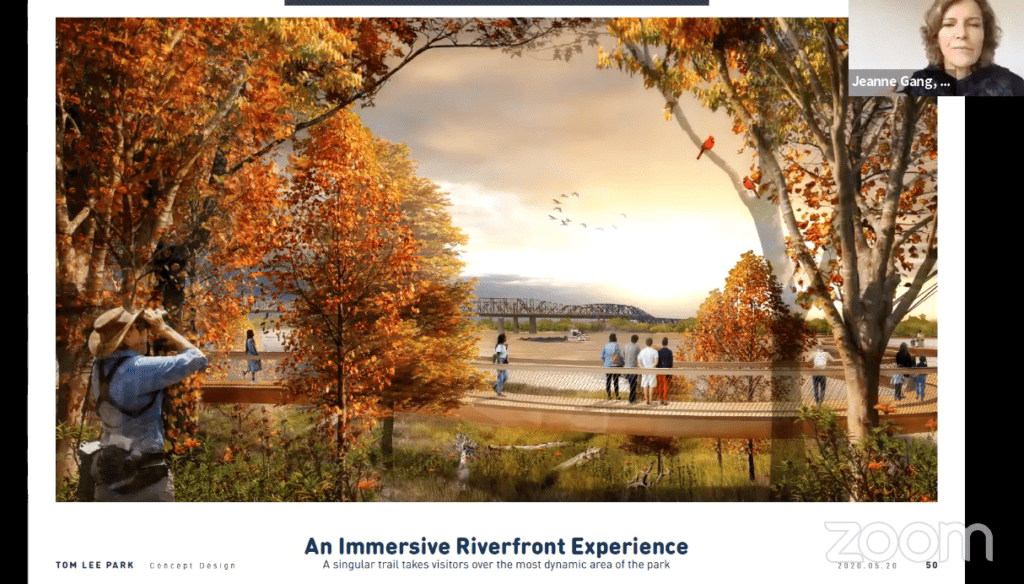 This new plan comes after some, um, consternation from some locals after the first plan was announced last spring. Mostly, supporters of Memphis In May were concerned the new plan wouldn't leave adequate room for Beale Street Music Festival and the World Championship Barbecue Cooking Contest. According to the Daily Memphian, the mayor mandated that the Memphis River Parks Partnership work with Memphis in May and the Army Corps of Engineers to come to an agreement on the new design.

Memphians are in their FEELINGS about this. I may regret asking this, but—what are yours? Let me know in the comments, but keep it civil.

We walk the park every day and love the new design, accessibility and functionality including the fact that MIM will still be held there. Really feel like this is a win-win for the community. Maybe Mud Island will be next up for renovation

Hi Phillip! It does seem like a win-win, doesn't it? It's great that people are using the park daily! My fingers are crossed for Mud Island, too.

Change is good. Although I love the park as is, making it more appealing and inviting is awesome too. I just wish a food court was down there. Any talks about that?

Hi Tee! I have a feeling that they'll want park visitors to support the existing downtown restaurants. Hopefully, the new design will help to connect Main and Front Street businesses and restaurants with the riverfront more.

I am so excited about this. It will make the park more accessible and useful for the entire year and will open up so many opportunities for programming and other uses. I look forward to seeing how this enhances the downtown experience for Memphians and visitors alike.

I like the that while creating a year-round attraction, they kept more open areas for the larger events. I think the design could actually enhance the experience of Music-Fest, but I believe that foot traffic between shows is going to wreak havoc on the proposed landscaping. However, having festival logistic experience, I have serious doubts on how the latest design will work to keep BBQ-Fest in Tom Lee. The new design loses nearly a 3rd of the park's flat ground, a significant portion of river real estate, and creates only 3 open spaces with zero sidewalks between them. (Also, circles are not good for building efficient grids of square tents!) In addition, losing much of the premiere priced "river-facing" spaces on top of limiting the amount teams will put a serious hurt on that total festival's revenue. I just can't see Jim Holt agreeing to that concession.

Nerf - I appreciate your insight! I think we all share some of those same concerns while hoping for a year-round park! I guess we will have to wait and see.