Today’s Memphian To Meet is Jared "Jay B" Boyd aka DJ Bizzle Bluebland. He'll be broadcasting live from Central Station'S lobby this Sunday at noon, just in time for a perfectly Memphis brunch playlist. 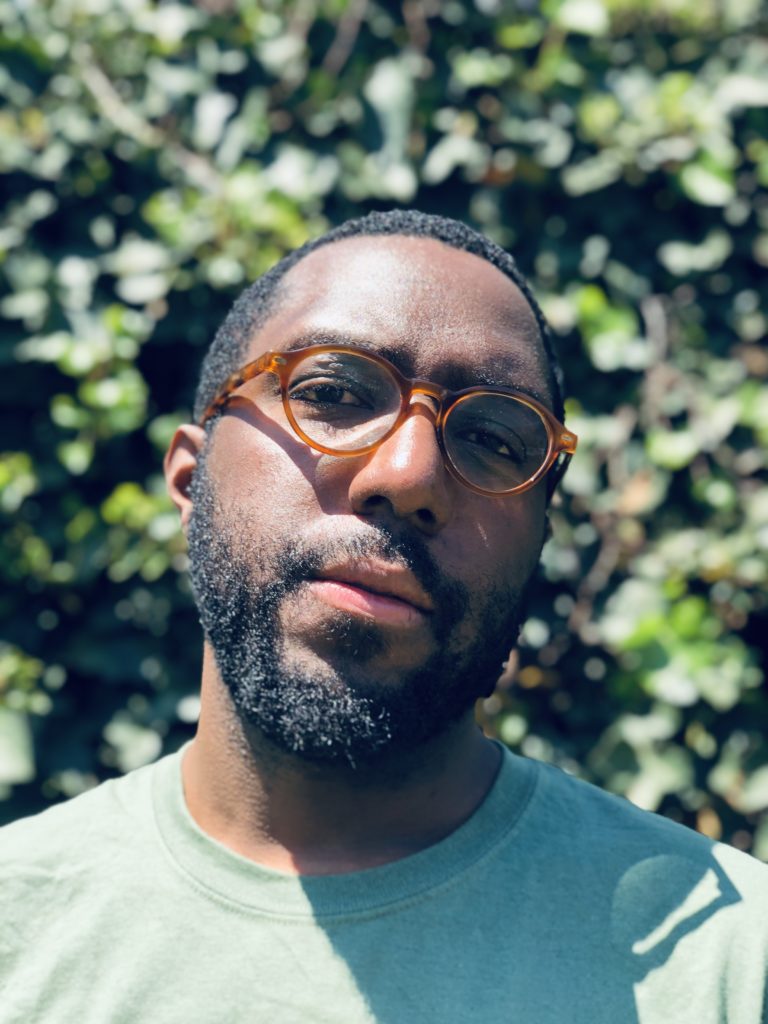 Photo provided by the artist.

This set is the last of the Memphis Music Hub DJ Series —details on that here.

I'm extra excited about this Sunday's DJ Dance Party, because Jay B is a friend of mine, a fellow writer, and a very cool Memphian that you need to meet. Get to know him a little better with our quick Q&A below, then plan to tune in on Sunday on social media at noon.

Holly: What can Memphis music fans from around the world expect during your set on Sunday 5/3 at noon?

Jay B: It'll be similar to my typical Sunday fare at Eight & Sand [the lobby bar at Central Station]. I'll be the finale of this series, so I want to make sure I encompass all of what folks have heard throughout the series. Like the other DJs who spin at Eight & Sand, I love my records. So, you'll hear some of the Memphis music from my collection that have become staples of my sets.

Some of it is rare, and some is not necessarily hard to find but a bit off the map. You probably won't hear your favorite Al Green or Isaac Hayes joint, but you'll definitely hear them, their collaborators, and some other selections adjacent to the marquee Memphis music.

Holly: What does your DJ set theme mean to you?

Jay B: It's a Sunday afternoon set, so the energy is soulful. It's warm, and fulfilling, like the family meal you eat after church. That uplifting, sanctified energy is in there, but you're unwinding and easing into your week. So, you get an excuse to indulge a bit. 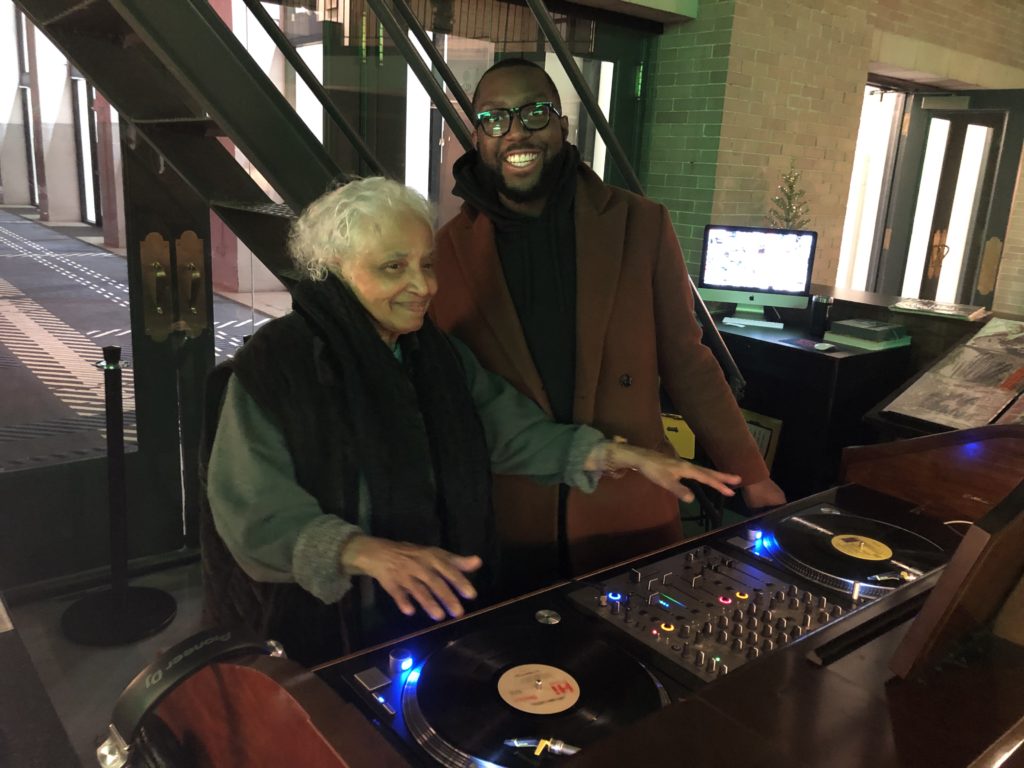 Jay B. with Joyce Cobb at Central Station. Photo provided by the artist.

Get To Know Jay B

Holly: Where are you from? How long have you lived in Memphis?

Jay B: I'm a born and raised Memphian. From the Southeast area of town, but I went to school further out East at White Station. After graduation, I went to college, not too far away, at Ole Miss, before landing a job in Mobile, Alabama. I've been back in Memphis for almost a year-and-a-half. I'm grateful to be home, and back in my element.

Holly: Tell us about your “day job”...I bet most I Love Memphis readers are familiar with your great work.

Jay B: I'm a news reporter at The Daily Memphian, writing about general news, arts and culture. Anyone who might be familiar with my writing, may know me most for my features about Memphis music history and its culture. But in a very short career, I've covered everything from crime scenes to capital murders to naval ship christenings with Warren Buffett's daughter to luncheons with Jimmy Buffett and all sorts of things.

You never know what might come across your desk, and it never fails, the stories I never would pick for myself are always the most rewarding. I think learning on the fly has made me a well-rounded individual.

Holly: How did you get started as an artist and as DJ?

Jay B: I think I started planting the seeds of becoming an emcee as a kid. I would carry around a little Fisher-Price boombox with a mic, rapping and singing. I'd perform all-the-time in preschool and elementary. In middle school, I started recording my own songs. And in high school, I had a pretty good run, as a part of a group produced by C-Major, who's now an integral part of Memphis' Unapologetic crew.

I learned to DJ in college, as a staff member at Bridge Builders summer conferences. It was a way to keep the students energized each week. So, I brought it back on campus at Ole Miss, and flourished with the skill on my own college radio program. And I really love records, so spinning records helps me pay for that habit.

Holly: How has Memphis music inspired your artistic career?

Jay B: I've always been one to pay homage to the creators in this city. When I was young, it was all about Memphis hip-hop. In college, my cousin Andrew Love, a seminal horn player in Memphis soul, passed away. It spurred my interest in owning all the records he played on. I've been buying records weekly ever since, and I'm still not close to that goal. But it has kept me deeply engrossed in Memphis soul, its labels, its producers, and its stories. 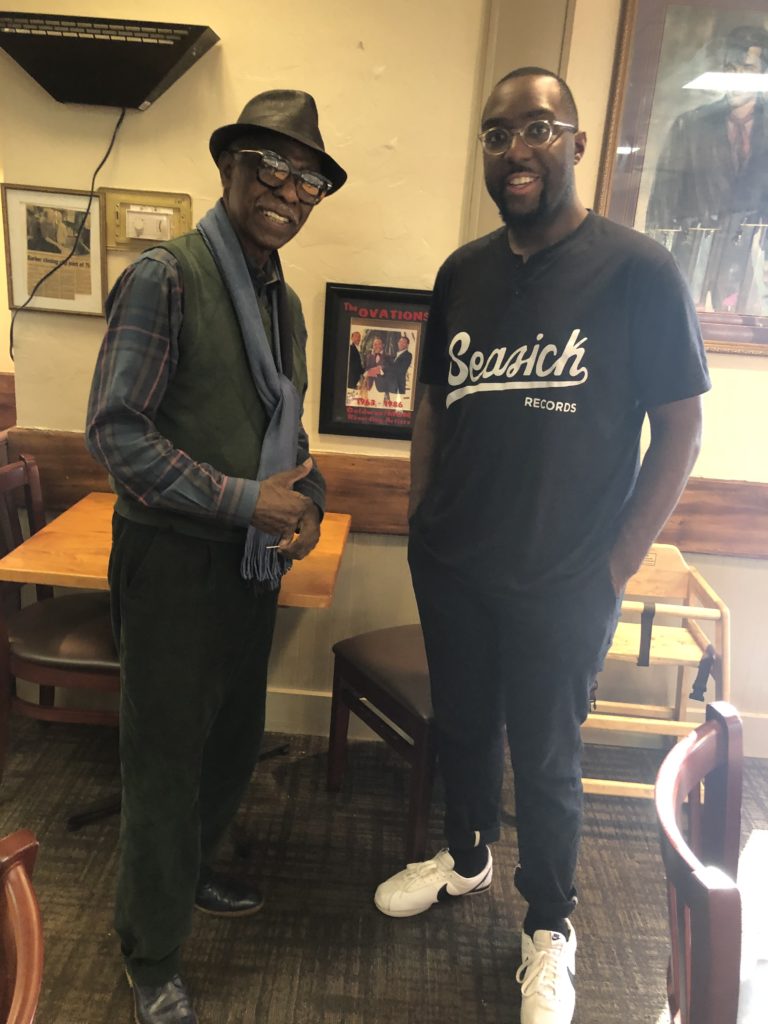 Jay B. and Memphis soul producer Dan Greer. Photo provided by the artist.

Holly: How has Memphis as a city inspired your artistic career?

Jay B: Being home has been revolutionary for my morale. It's certainly made me a better record collector. But the proximity to the artists who wrote, engineered, produced and released this music has given me perspective, care, and, in some cases, ownership over the media. I feel like an ambassador and an advocate for the artists and their material.

Not only am I able to play a song, if I'm doing my job right, I'm able to tell you a bit about how it came to be. That feeds my spirit. And because Eight & Sand is all Memphis music all the time, the other DJs really push me. I get record envy. So, I can't slip. I have to keep digging for records, relationships and stories!

Holly: Favorite Memphis music artists or genre and why?

Jay B: I learned from guys like DJ Leroy, Memphis Jone$ and Witnesse, through the years, to have a deep appreciation for "boogie" music. It's the groovy, funky, post-disco vibe that most people would never associate with Memphis. And Memphis is, by no means, a hub of the style.

But like most things, particularly in the realm of music, we bring our own flavor to the party. It's glam, it's sometimes hokey, it's over-produced, and can tend to be cookie-cutter, stuck in a time we've all moved on from. It just reminds me to hang loose and not take things so seriously.

Holly: You’ve done sets at Central Station before. Tell us about that.

Jay B: From the time Central Station opened, I've been in Eight and Sand every Sunday. That's my home bases, as far as my DJ career is concerned. I had given up DJing after college, and was considering jumping back into it. The guys at Eight & Sand were privy to my love for Memphis records, and asked if I'd be interested in the gig. It's been incredible.

Since October, we've brought in Cut Chemist, Spanish Fly, Dante Ross, Case Bloom—all these guys I would've never been able to spin records with otherwise. The dudes who aren't from Memphis have had an immense respect for what we've been building, and they love the Memphis music.

Holly: During non-pandemic times, how can Memphians enjoy the DJ Bizzle Blueband experience?

Jay B: Every Sunday at Eight & Sand, I'm in the building, spinning classic Memphis records, chatting with visitors to Memphis and hanging with locals. I love the lounge atmosphere. I try to think of it like a sort of Sunday Soul Brunch.

DJing In A Pandemic

Holly: How have you been coping personally and professionally during the pandemic?

Jay B: I've been making it okay. News is still a busy business. I can't complain, at all. My work is essential, and I'm still able to make a living. So long as that is the case, I have been clinging to the perspective that I shouldn't allow myself to complain. As far as music goes, I've been recording my mixes and uploading them to the web. It's given me an opportunity to be more creative, playing music from outside of Memphis, and more experimental styles I wouldn't typically play with a live audience.

Holly: How can people keep up with your projects?

Jay B: I'm @JaredJayBBoyd on Twitter and Instagram. My articles can be found on Daily Memphian's homepage most every day.

I'm DJ Bizzle Bluebland on MixCloud, where I host my own mix show "Nervous Wreck Radio." I continue to co-host the "Beale St. Caravan" on NPR, which is syndicated internationally, sharing the stories and sounds of Memphis and the Mississippi Delta worldwide. And, if you need one hub to find all that, and other side projects, my website www.JaredJayBBoyd.com keeps it all under one tab. 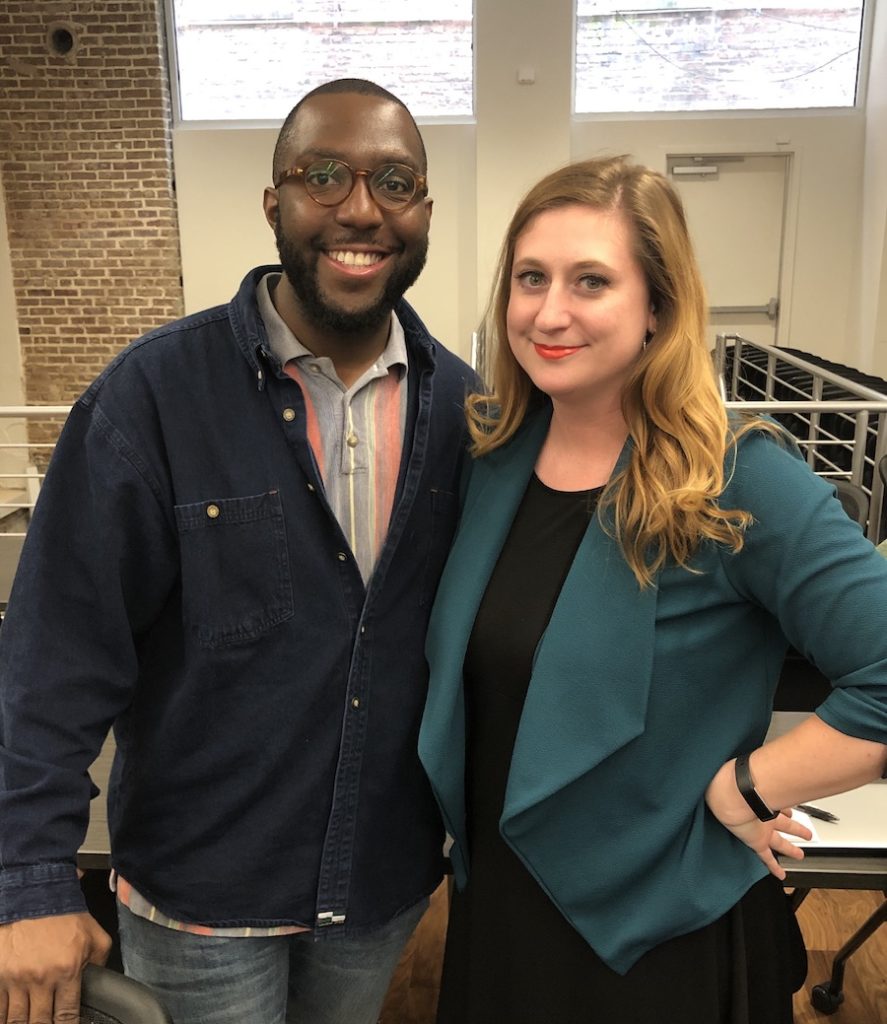 Jared and me after a press conference on May 2, 2019—exactly one year ago!

Just For Fun: Meet Jay B

1. What’s always in your bag/on your person? I have to keep a phone charger, business cards, my Beats headphones, and my computer, in case any news breaks. I don't want to get caught slipping.

2. Guilty pleasure? YouTube. I can spend hours, at a time, watching interviews, talk shows and news features about the nerdiest topics.

4. How do you drink your coffee? Black, no cream, no sugar. I'm enjoying a cup of coffee right now, actually. The beans were imported from Ethiopia and roasted in Memphis by my friend Bartholomew Jones.

5. Favorite song(s) right now? My friends at Shangri-La Records laced me with a pack of records yesterday. It's already changing the way I'm listening to music and formulating mixes. But I'm going to have to keep the titles to myself, until they hit my mix show.

6. Go-to order at Eight & Sand after a DJ set? The chicken sandwich called "The Birdie" is the best in town. But I'm vegan these days. So, I'll grab an order of fries over at Bishop and bring them over to the bar to chill.

Sunday Brunch
SUNDAY, MAY 3 AT NOON