For a few moments, let's forget about the virus. Let's pretend it's the Before Times. Let's talk about something that Memphis loves to argue about: food.

I made and posted one of those "you can only pick three" memes on Twitter last night—and my phone exploded with notifications. Hundreds of people have chimed in, and some had some strong words about the exercise.

But back to the meme itself...

I know it's a horrible, hard choice but I don't make the rules, the Internet does. And in this case, the "pick three" meme says you can only keep three. The rest get tossed into the Mississippi forever.

Which three Memphis signature dishes do you choose? Let me know in the comments. 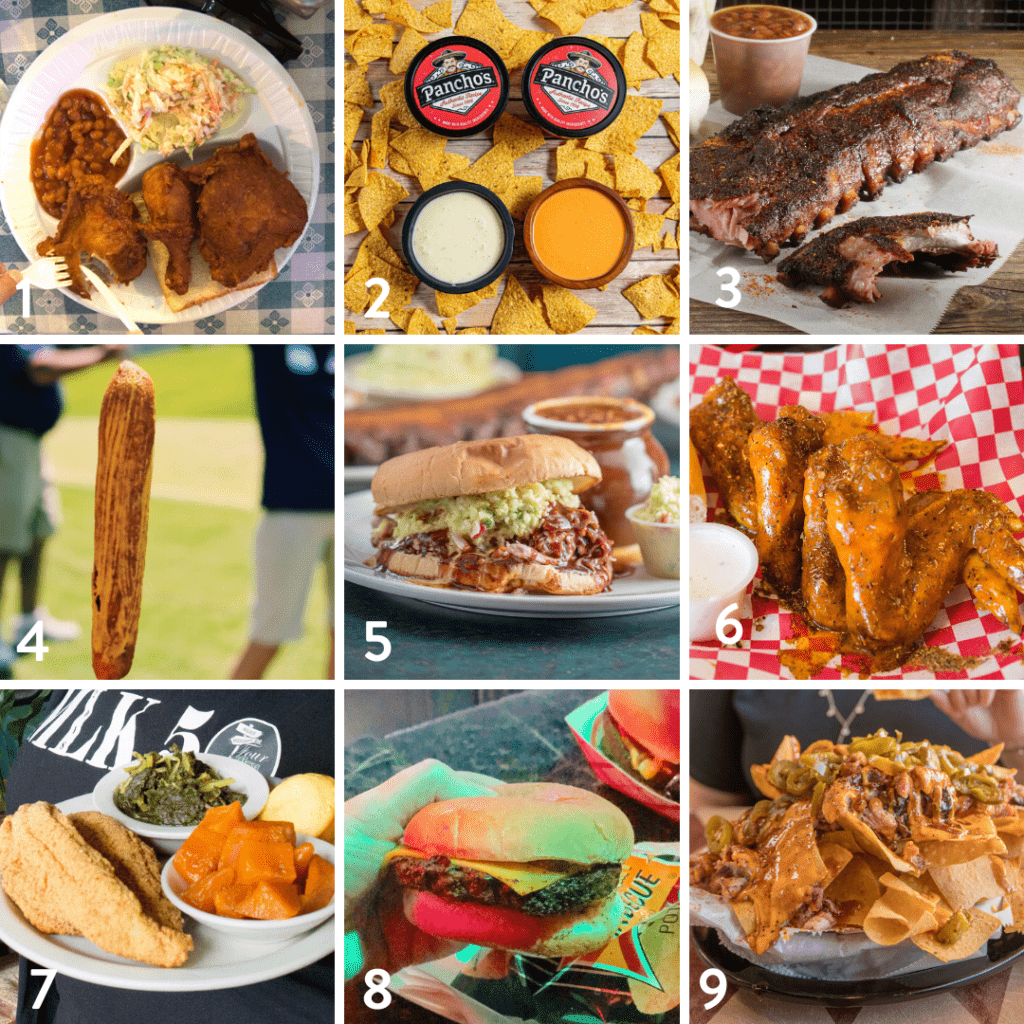 Naturally, there was some discussion about the options. Are they restaurant-specific? Where are the wings from? Where can you get a Pronto Pup? Etc.

I understand that your decision some matchups, i.e., BBQ nachos v. BBQ sandwich, may depend on which restaurant you're ordering from. My intention was that each image represented a type of well-known Memphis food, and you could substitute whatever your favorite version of that food is. That didn't stop people from trying to guess where the photos were taken.

I'll reveal that below:

Number one stands for "Memphis fried chicken" from any of your favorite fried chicken places. May I suggest the Memphis-based, truly world famous Gus' Fried Chicken? Or perhaps Uncle Lou's, served with their honey butter biscuits? Other local favorites for fried chicken include Cash Saver, Jack Pirtle's, Four Way, Alcenia's, Southern Hands, and Joe's, to name a few. 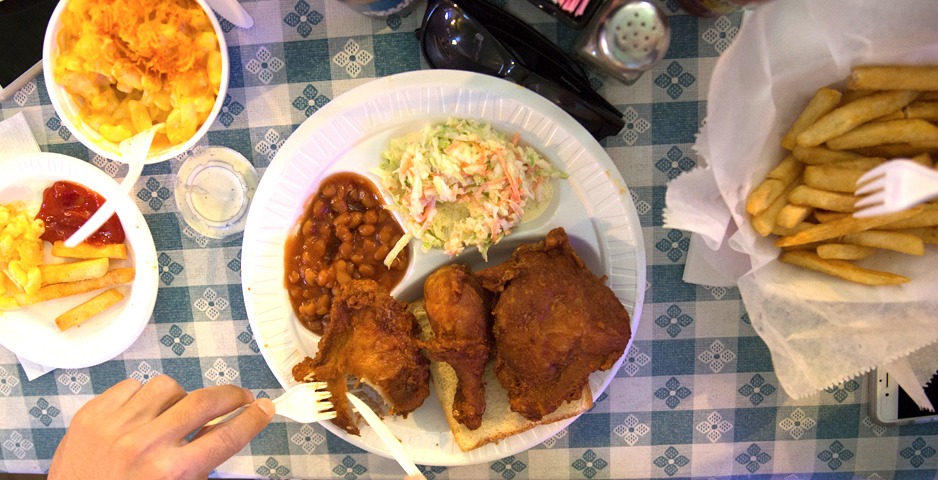 The photo in the meme (full version above) is from Gus' World Famous Fried Chicken on Front Street in downtown Memphis. Photo credit: David Meany.

Option number two of our rude game is the one and only Pancho's cheese dip, now available nationwide at grocery stores but originating across the river in the town of West Memphis, Arkansas. To avoid bloodshed and gnashing of teeth, I've included a representation of both white and yellow variations.

Pancho's is good for dipping, drizzling, and pouring over practically anything; it works best with Las Delicias tortilla chips, but any chip variation will do. Pancho's is perfect for backyard barbecues, those gatherings where everyone ends up in the kitchen, holiday parties, weddings, christenings, and state dinners for international dignitaries. 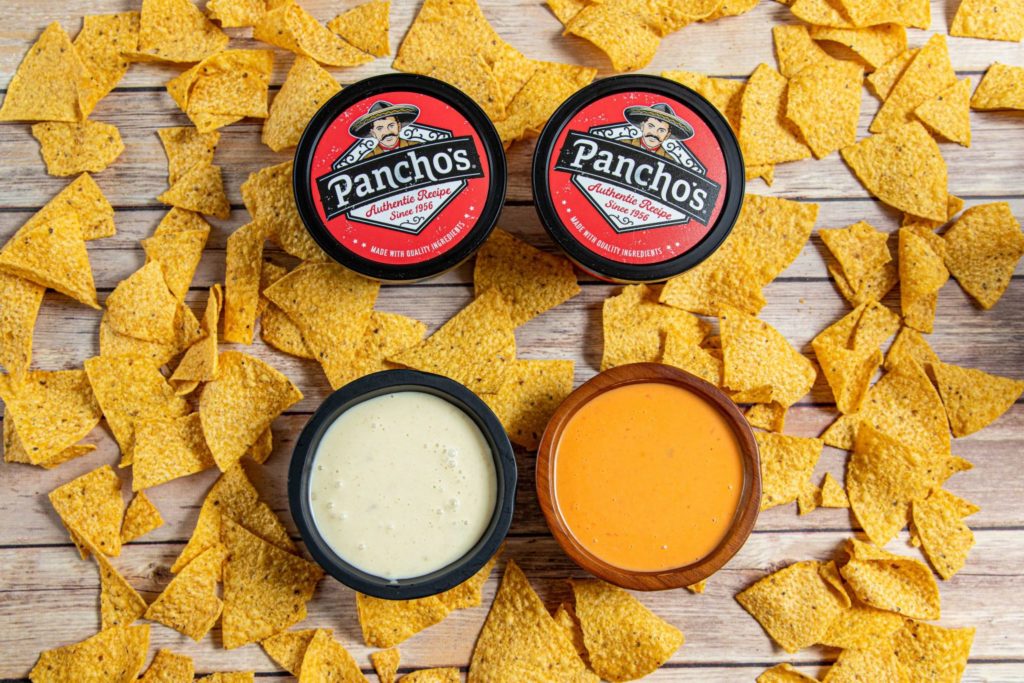 The photo is courtesy of Pancho's website. Read more about the Pancho's restaurant in West Memphis here.

Number three is probably the best known Memphis food item around the world: ribs. For our three Memphis barbecue options on this impossible meme (numbers 3, 5, and 9) please imagine each item supplied by your favorite BBQ restaurant for that item. By our count, there are about 100 such establishments in Memphis, and you can learn more about them on this BBQ guide. I also like include this list from Memphian Craig Meek. Where are your favorites? Where can you get the best tender Memphis pork ribs? Wet or dry is up to you. 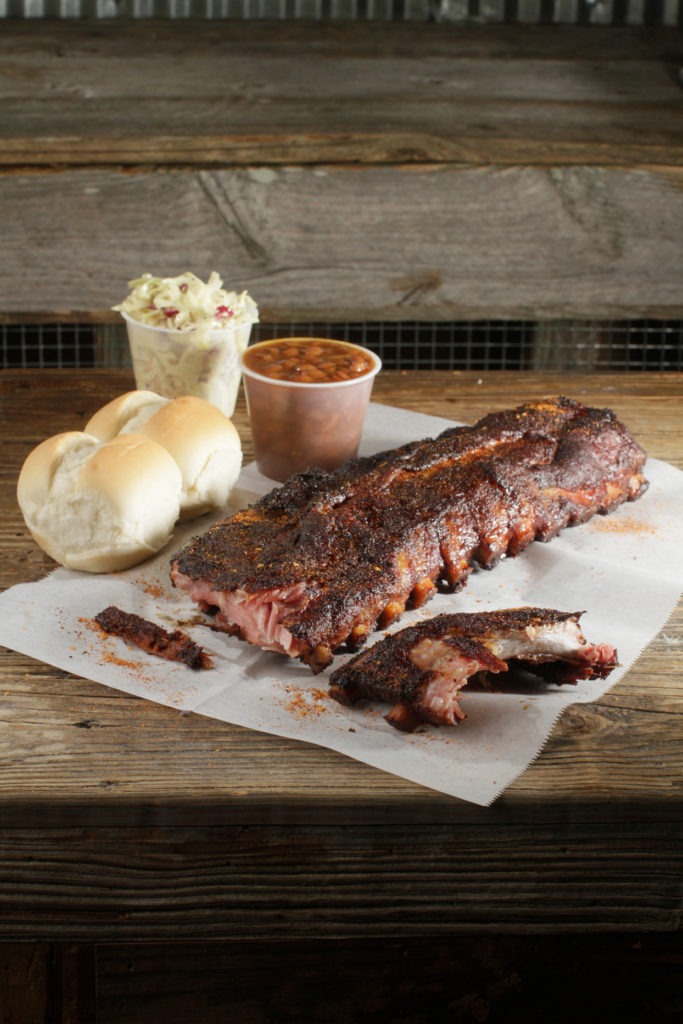 Number four is not a mere corn dog. It's a Pronto Pup. The difference is mostly in the batter—the basic corn dog batter has cornmeal while Pronto Pup dogs are dipped in a rice- and wheat-based batter. When you order a Pronto Pup, you usually have two choices: regular or footlong, and mustard or no mustard. Geoff Calkins did a great story on the Pronto Pup's Memphis connection and recipe here.

You can find Pronto Pups at Memphis events and festivals, including the Delta Fair, the Mid-South Fair, Memphis In May events, Cooper Young Fest, Tigers football games at the Liberty Bowl, and other events. Sadly this means we might have to wait a while to have our favorite deep-fried wiener painted with tangy mustard, but it will be worth it. 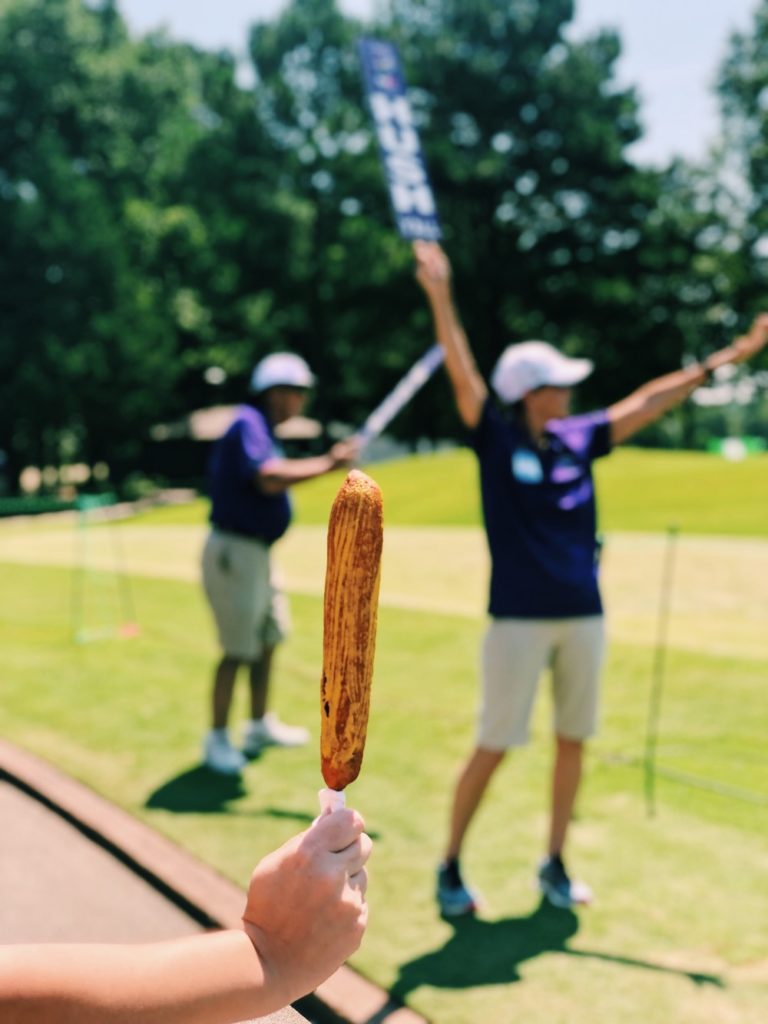 This photo was taken at the WGC-FedEx St. Jude Invitational in 2019. Photo credit: Alex Shansky.

Number five brings us to another Memphis barbecue darling, the pulled pork sandwich topped with sauce and slaw. Again, you can order these delicacies at dozens of BBQ restaurants in our area. The common thread is that the sandwich is made with smoked pork shoulder and that it's topped with slaw.  Every restaurant has their own take on the coleslaw style, barbecue sauce, and bread (my favorite variation is Texas Toast). 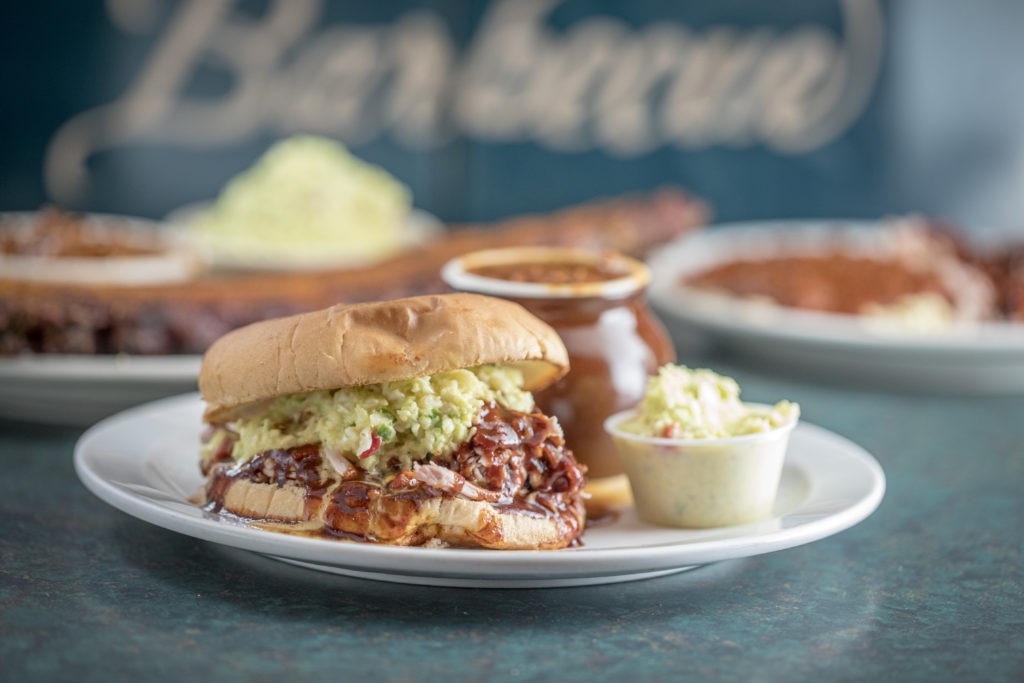 Number six scares me. The passion for Memphis hot wings honestly rivals the passion for Memphis barbecue. I've seen friendships ruined, families torn apart, and business deals go south because folks couldn't agree on who has the best damn hot wings. Just kidding, I'm exaggerating. But only slightly. Whether you're going for the classic Memphis honey gold sauce, smoked wings, or some other variation, Memphis has you covered. 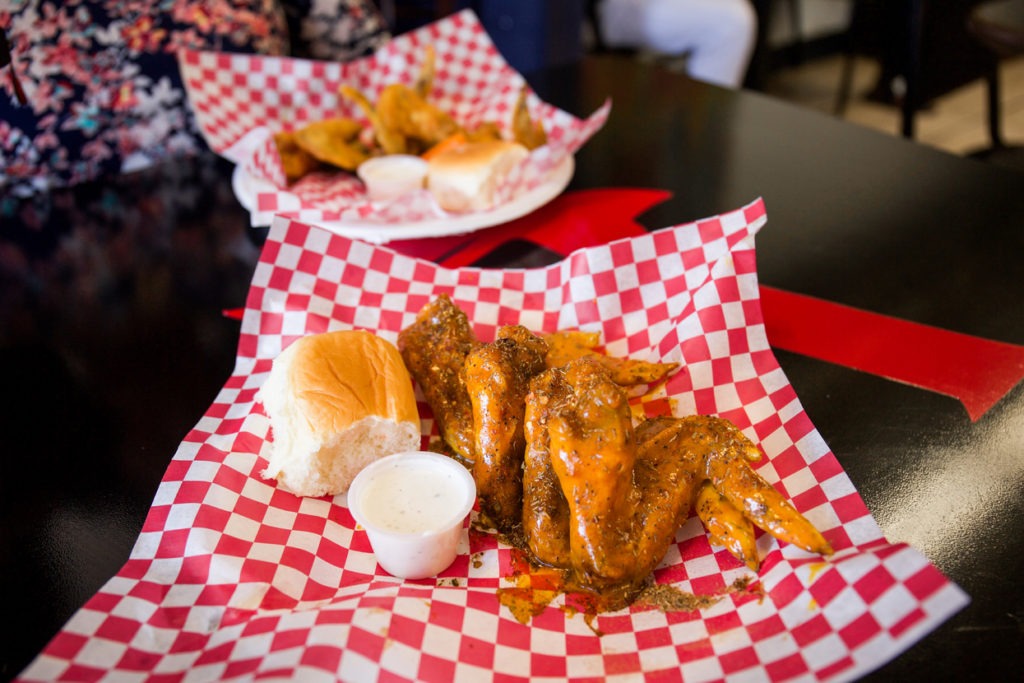 If you're not hungry by now, our seventh impossible food choice is bound to get your mouth watering. Number seven stands for delicious Southern home cooking, available at fine soul food restaurants around Memphis and the Mid-South. I'm talking about fried catfish plates, turkey and dressing specials, meat-and-threes, and more—plus a bunch of tasty "vegetable" sides which could include but are not limited to: greens, sweet potatoes, mac 'n' cheese, mashed potatoes and gravy, cabbage, green beans, dressing, and okra. And cornbread.

With so much variety packed into one choice, number 7 of our food meme chart is hard to beat. I think we should allow the substitution of spaghetti as a side for choice number 7, especially if your soul food dream plate is catfish-based. 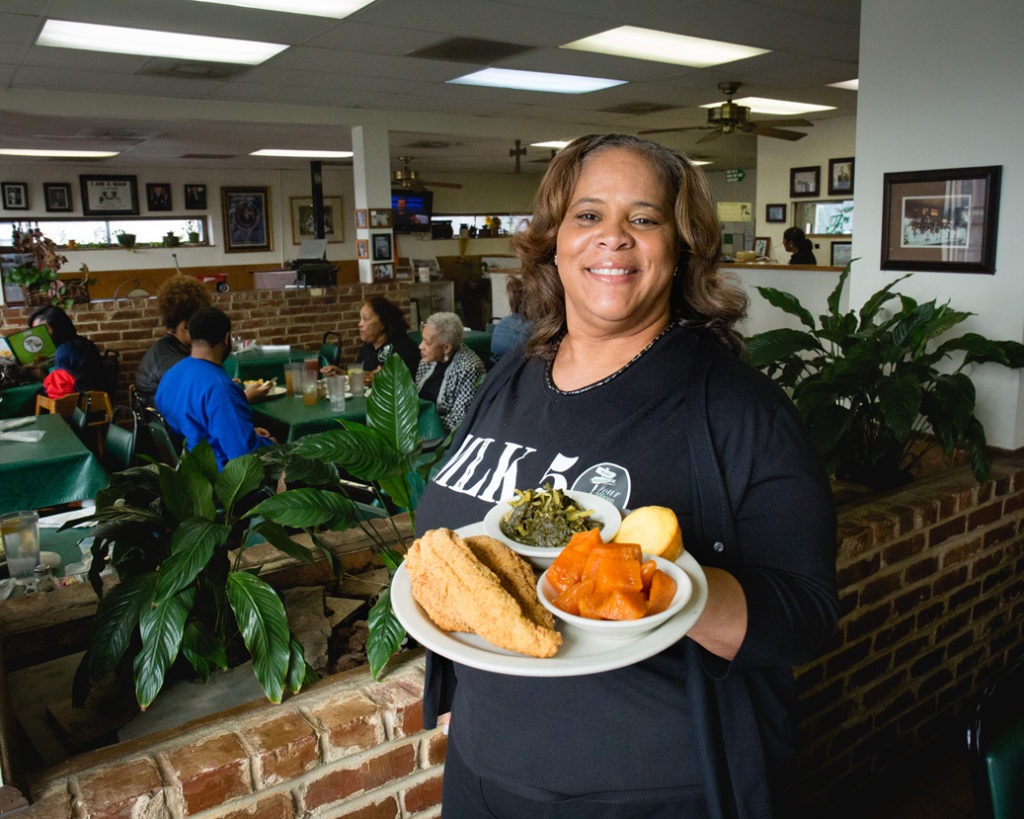 This photo is from the historic Four Way restaurant. Photo credit: Alex Shansky.

8. Your Choice of Memphis Burger

Things get messy when you dig into Memphis food rankings. Trying to figure out which style of burger will best represent the city's cheeseburger offerings is as impossible as choosing between that burger and all the other options on this Evil Chart.

Will you go with Dyer's, fried in 100-year-old Memphis grease? Or the Soul Burger, which is so compelling it is literally the only menu item at Earnestine & Hazel's? What about the Tops Burger, the choice of the born-and-bred Memphian? Don't forget Huey's, the ubiquitous but dependable option with a burger list full of variety? You decide.

What hamburger you bring to the competition to stand in for Number 8 is between you and the Lord. (But feel free to let me know which one you two choose.) 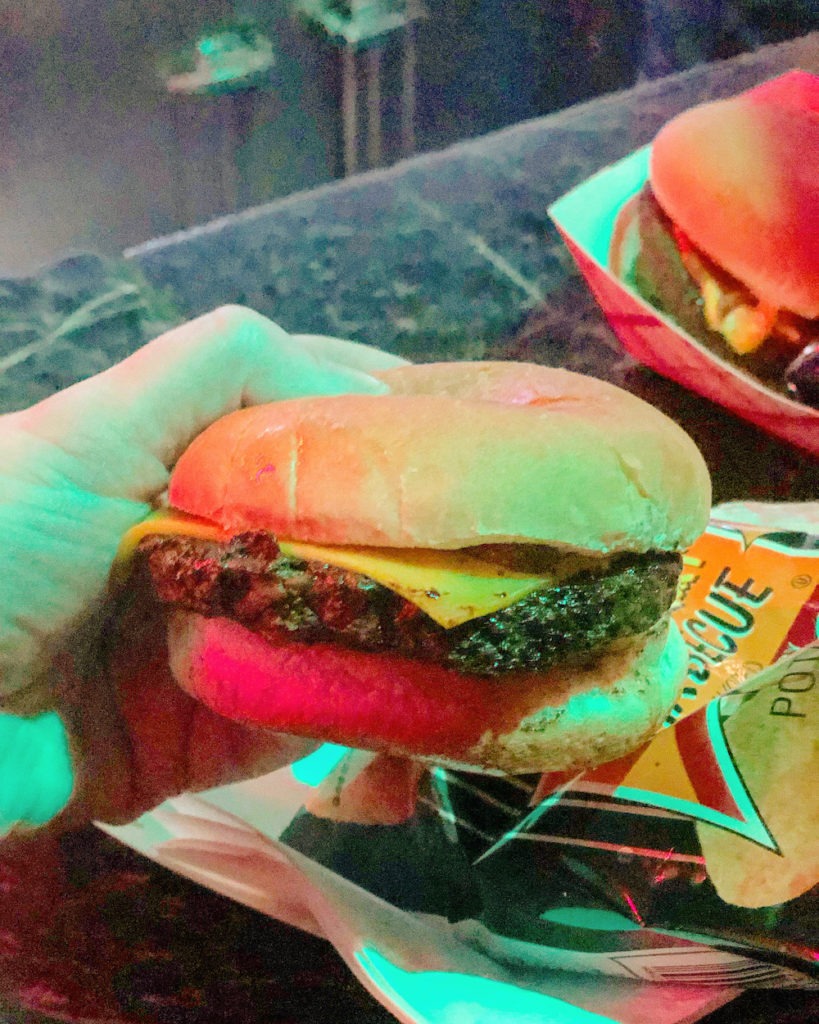 This photo is from Earnestine & Hazel's. You know it's real because it's a blurry picture taken by yours truly on a phone late at night.

For our final food fight contestant, and the last number trying to win your heart as you throw the other six choices away forever, is number 9: BBQ nachos. Again, you can pick any restaurant or nacho provider as your selection, but it has to be topped with barbecue. There are plenty of ways that restaurants and ballparks customize their nachos, using shredded cheese or melty nacho cheese, serving on house-made potato chips or classic round tortillas. You can choose your own Memphis nacho adventure. 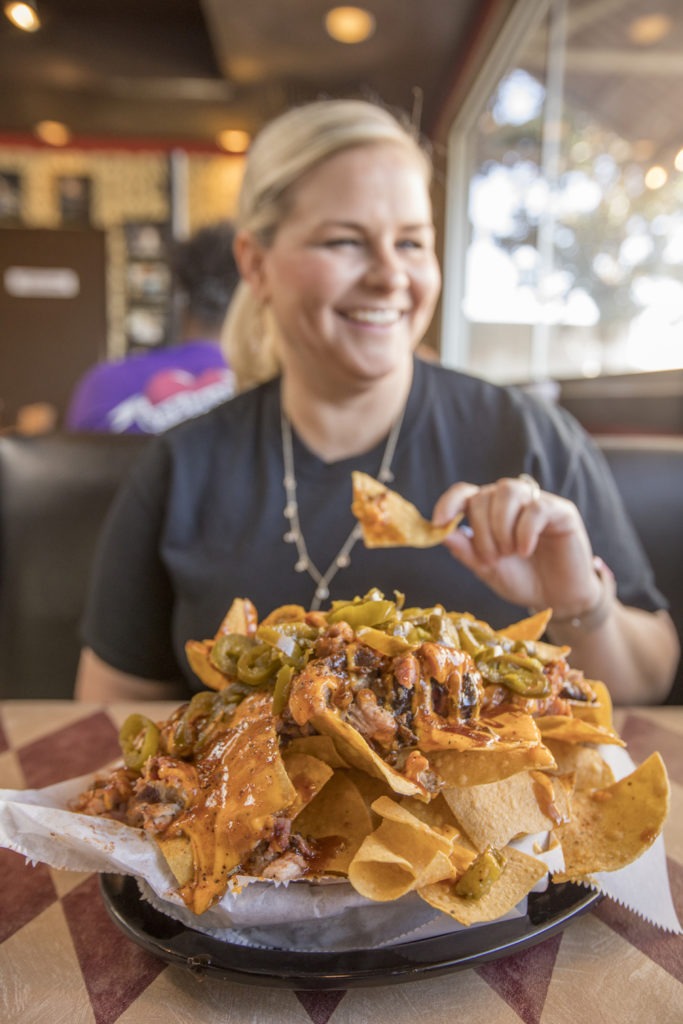 This photo is from One and Only Barbecue. Photo credit: Justin Fox Burks.

The moment of truth: which three will you choose? I know it hurts, but it has to be done. For Internet Science. Good luck.

SOOO good. We have so many options.