Push back the couches, roll up the rug, and grab your dancing shoes, because Memphis virtual dance parties continue this Friday, streaming live on The Internet. 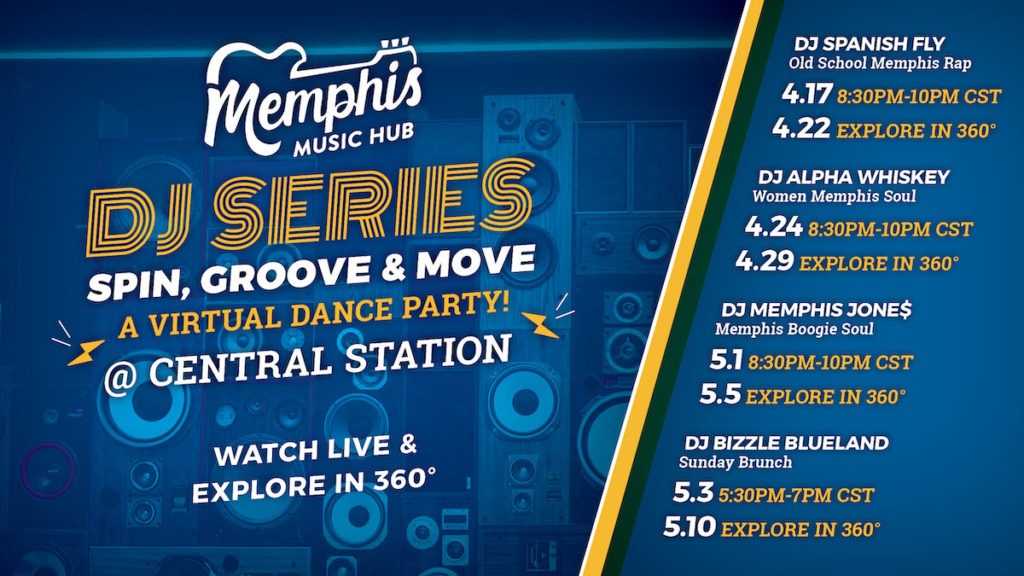 On April 17, the Memphis Music Hub launched a three-week DJ Series with four local DJs spinning Memphis music live from the lobby of the Central Station Hotel. Since you can't hang out in the historic lobby in person, you can tune in on any social media.

Each week has a different theme, including:

Keep reading for the schedule and how to watch. We aren't censoring Memphis music, so viewer/listener discretion is advised.

Tune in to the Memphis Music Hub DJ Series on Facebook, Instagram, and Twitter. It's on Friday nights, plus one Sunday brunch session. I'll share it from the I Love Memphis accounts once it goes live.

Or, you can wait for the special edition 360° re-broadcasts on Wednesday at noon. I'll post those videos on I Love Memphis social media, too.

It's like the 360 view Facebook photos and Google Earth, only in this case you'll be able to click all around and explore the lobby of the Central Station Hotel.

For an example of 360 View, check out Graham Winchester's "Live From His Bathtub" concert. Just hit play and then drag your mouse or finger around the video to explore while you listen to Graham's original tunes.

We aren't censoring Memphis music, so viewer/listener discretion is advised.

The Central Station Hotel downtown is not only a 100-year-old historic building with an active train station, a French restaurant, and a boutique hotel, it's also a shrine to Memphis music. The spacious lobby is packed with thousands of Memphis records, speakers stacked to the ceiling, and El Mertha the DJ station. 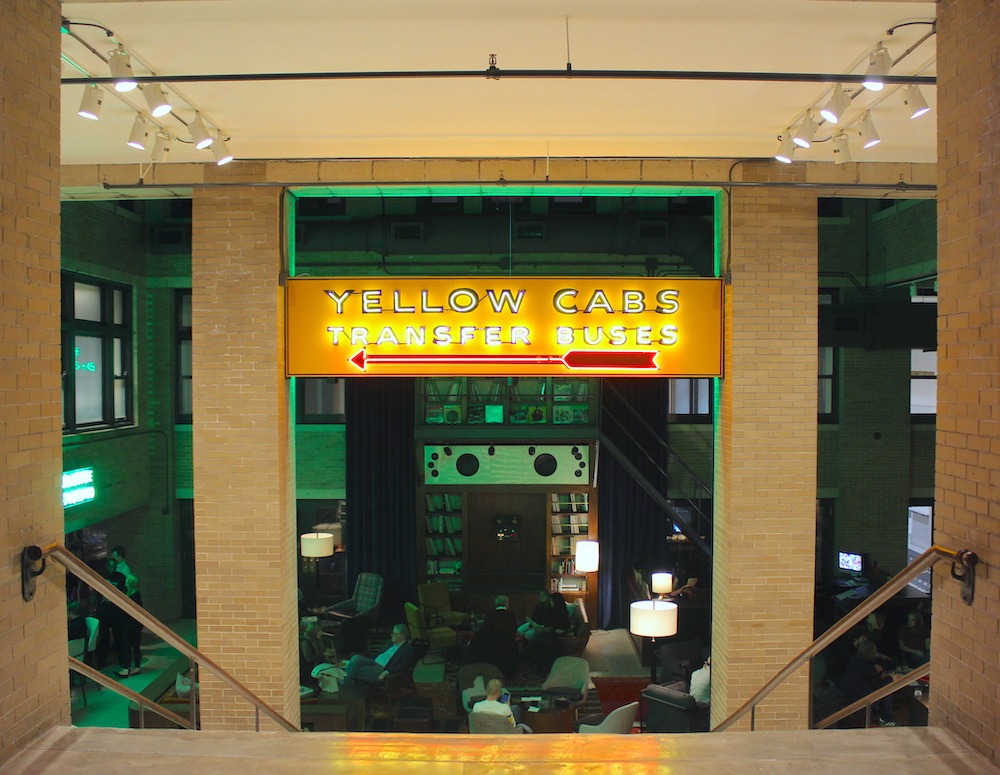 There's a secret listening room behind the bar, and Memphis music is streamed on-demand to radios in the hotel rooms. Not only that, but it's a gorgeous, cozy space with plenty to explore. Even if you opt to tune into the Memphis Music Hub DJ Series via the live streams on the weekend, you'll want to explore the Wednesday 360° Re-broadcasts for the chance to virtually explore the space.

I hear there will be a few Easter eggs in the videos, too...

First up is DJ Spanish Fly, aka the "Godfather of Memphis Rap". His influential work began in Memphis clubs in the 80s and 90s and defined the Memphis hip hop sound for generations. Fun fact: DJ Spanish Fly is featured in the Netflix documentary series Hip Hop Evolution in Season 4.

This Friday night at 8:30 p.m., he'll treat us to set dedicated to old school Memphis rap. Follow I Love Memphis (links above) and I'll share it when it happens.

I'll continue to update y'all on these DJ nights each week. We all deserve a chance to relax and enjoy some Memphis music. You don't even have to put on pants!

And thanks to the Memphis Music Hub, it's free for anyone with Internet access to watch the live streams and the 360° re-broadcasts. Free DJ dance parties? Yes, please!

If you are a musician hosting any kind of live stream, or anyone hosting a virtual event, I would LOVE to promote it. Please submit it to the blog's calendar!

We aren't censoring Memphis music, so viewer/listener discretion is advised.