Just in time for our coronavirus quarantine, NETFLIX released the latest filmed-in-Memphis project, Uncorked, on March 27th at midnight. 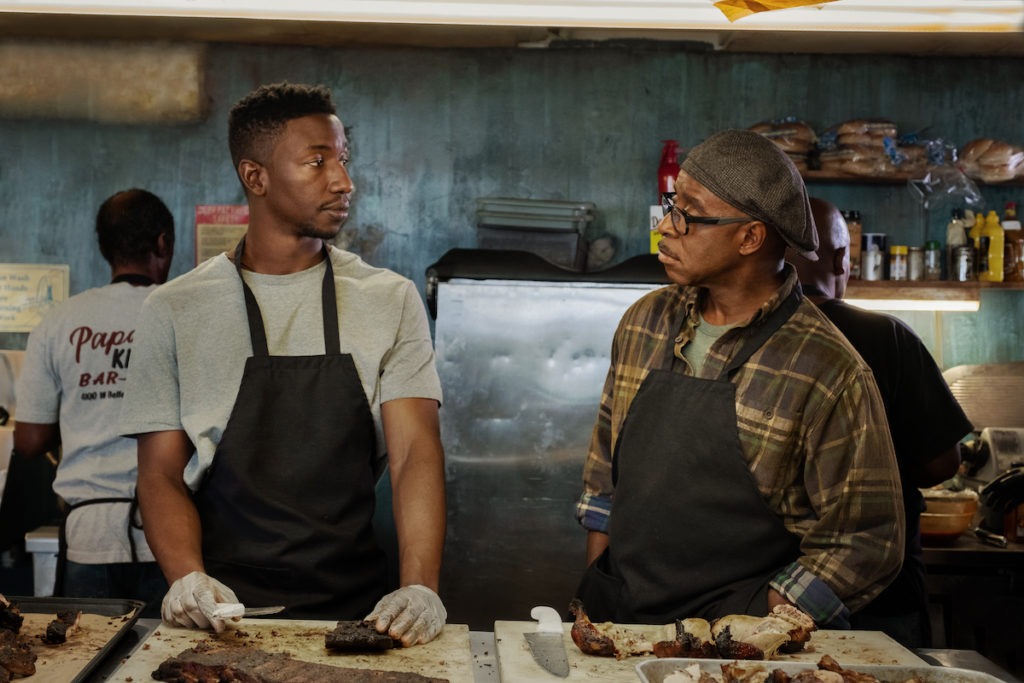 The movie was partially filmed in Memphis and hired Memphians and Memphis businesses while shooting here. Read more about the movie:

The movie is about Elijah (played by Mamoudou Athie), a man who “must find a way to balance his dream of becoming a master sommelier with his father's expectations for him to carry on the family’s popular Memphis barbeque joint.” Courtney B. Vance and Niecy Nash also star in the flick. Uncorked is written and directed by Prentice Penny, show runner for HBO’s Insecure.

Check out the trailer here:

The trailer opens with a cool shot of the iconic Hernando de Soto bridge and the Mississippi River at sunset and includes a shot of the I Love Soulsville mural, and a few flashes of Elijah walking by the Century House in downtown Memphis.

I guess we’ll have to watch the movie to spot the rest! The song playing through the trailer is “Sell” from Memphis artist Marco Pavé.

Are you looking forward to Uncorked? What other Memphis flicks have you been enjoying while physical distancing?

Netflix is a streaming service that allows our members to watch a wide variety of award-winning TV shows movies documentaries, and more on thousands of internet-connected devices.There is always something new to discover, and more TV shows and movies are added every month.