There's a lot to explore in downtown Memphis' first neighborhood: The Pinch District. I recently spent the day visiting a few of the local restaurants and checking out the up-and-coming area. This mini guide will give you a taste of the fun and good food you can have in The Pinch. 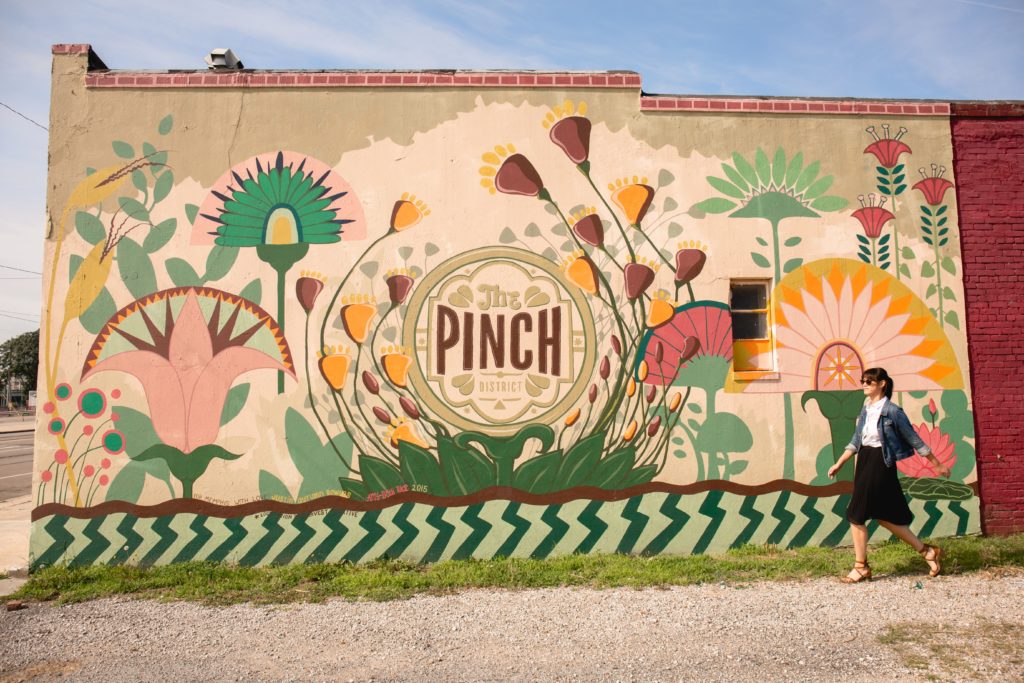 Where Is The Pinch?

Simplest way to put it: The Pinch is downtown by the Pyramid. In general, it includes the Renasant Convention Center and St. Jude Children's Research Hospital and is bordered by Keel Avenue, 2nd Street, and A.W. Willis on the north and northeast.

There is a ton of parking in The Pinch. Just look around on the street or look for a public lot. There are also several Explore Bike Share stations, so you can bike over from another neighborhood. Usually, the Main Street trolley line will take you to and from The Pinch, but right now that line is stopped during construction on the Convention Center.

You can read more about the history of The Pinch and where it got its name here.

Start off your day at Comeback Coffee, the downtown neighborhood's newest addition. Opened by local couple Hayes and Amy McPherson in March 2019, the hip and friendly shop serves third-wave coffee, pastries, sandwiches, and more. There are plenty of comfy seats inside (with outlets!), a spacious courtyard, and a finished alley where they host occasional events and music. 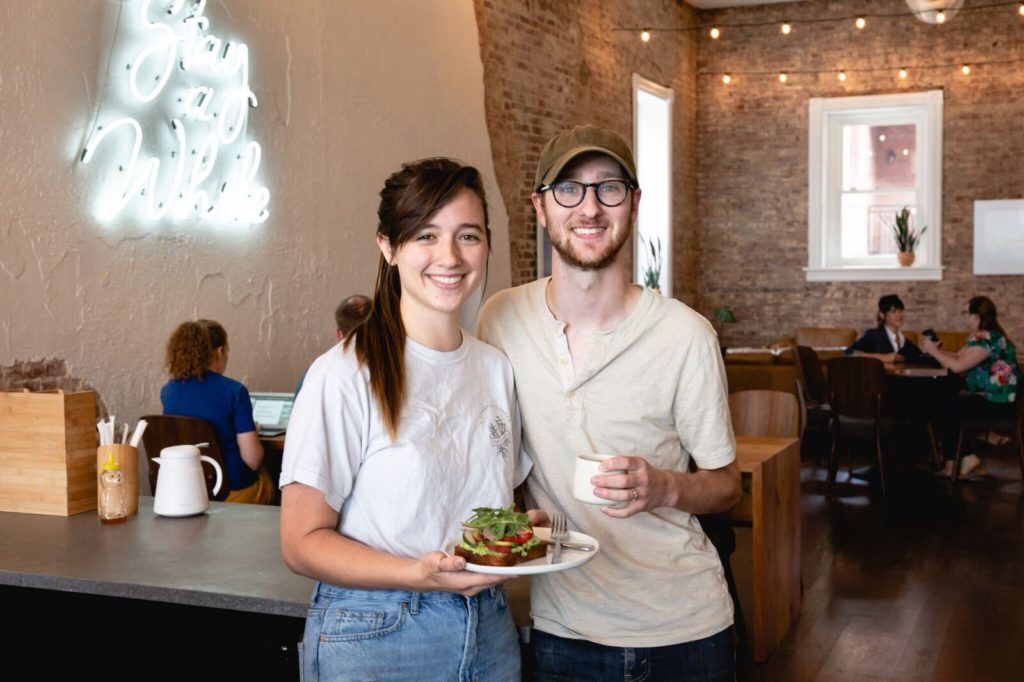 You know why so many millennials love avocado toast? Because it's delicious. Try it at Comeback Coffee, where it comes with homemade crusty bread, ample avocado mash, and slices of cucumber, strawberry, radish, and cherry tomato. 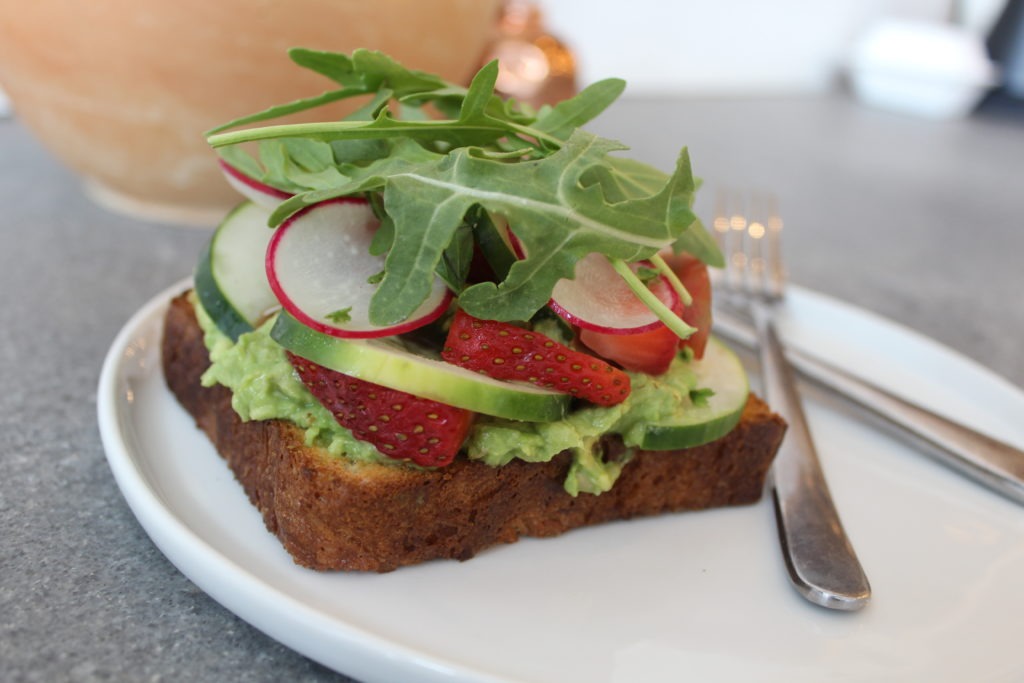 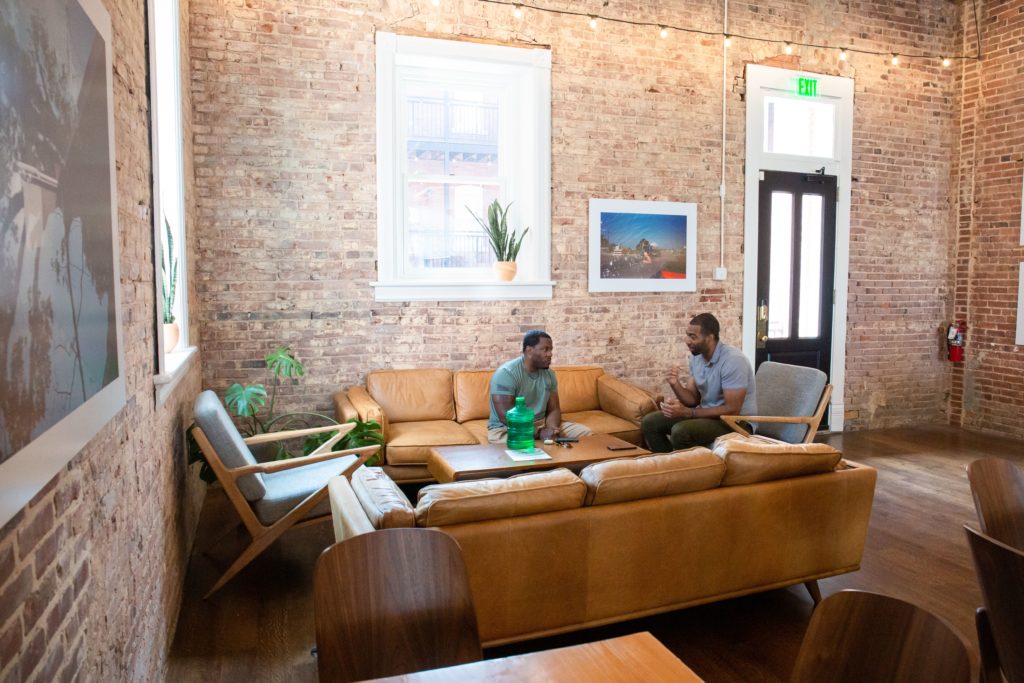 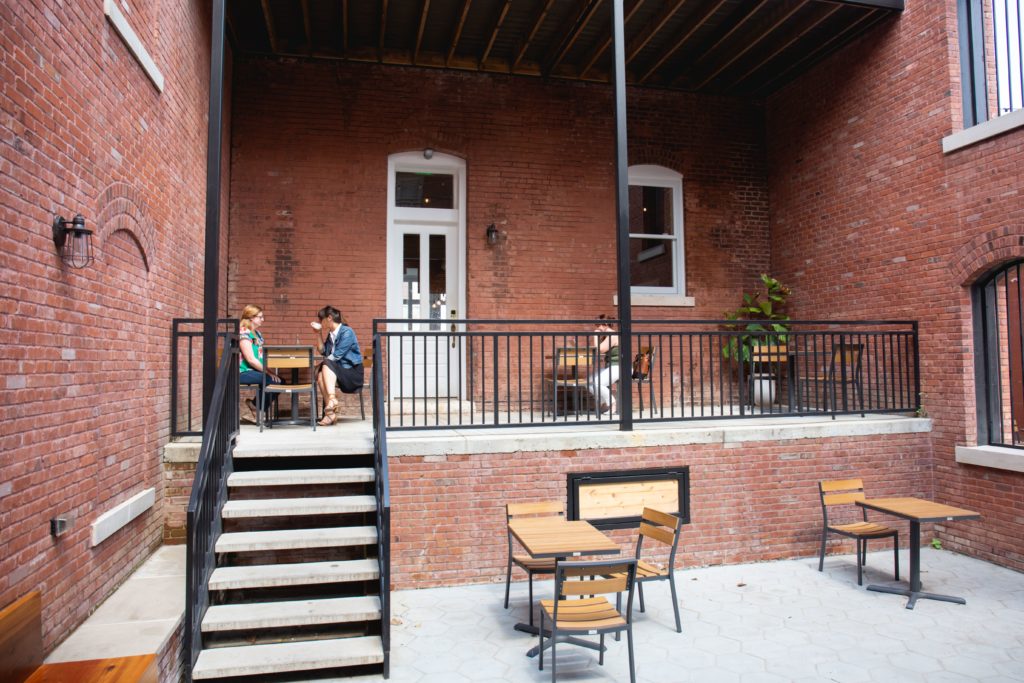 Next up, it's a Memphis institution. A Memphis bucket list restaurant. Downtown's soul food headquarters: Alcenia's. Opened by BJ Chester-Tamayo in 1997, the restaurant has been featured on the Food Network, the TODAY show, and countless other shows and magazines. 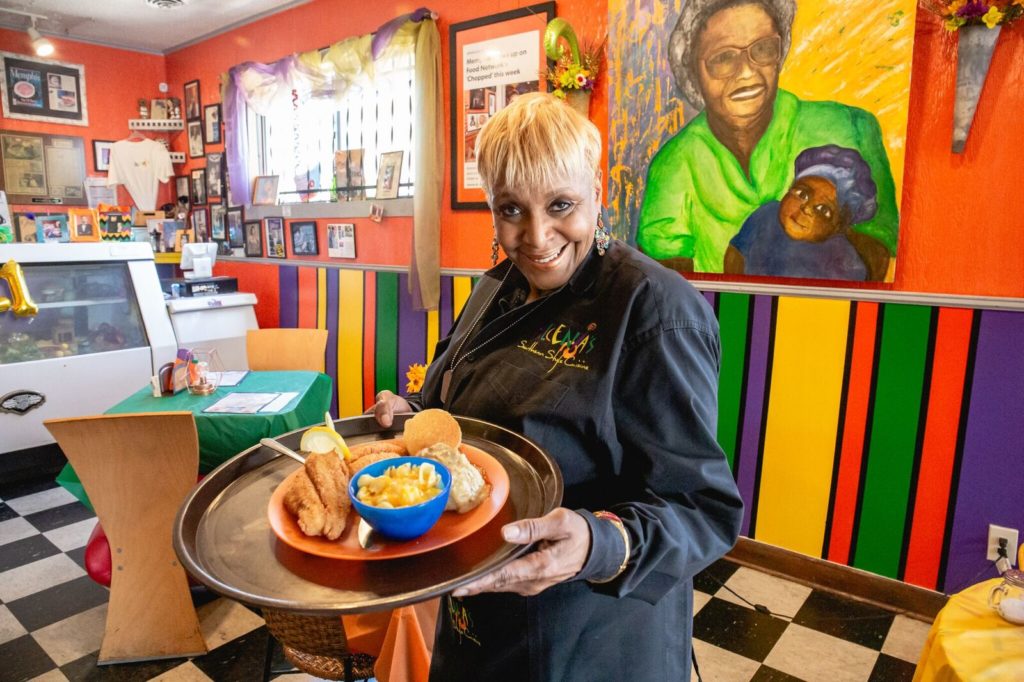 Alcenia's is your destination when you need food for your belly and your heart. BJ greets everyone who walks in the door with a hug and hospitality in a colorful, homey environment. Fried chicken, catfish, meatloaf, mac 'n' cheese, greens, yams, slaw, spaghetti, and much more are on the menu, which has daily specials. Every plate is made to order by hand, and every plate is worth the wait. 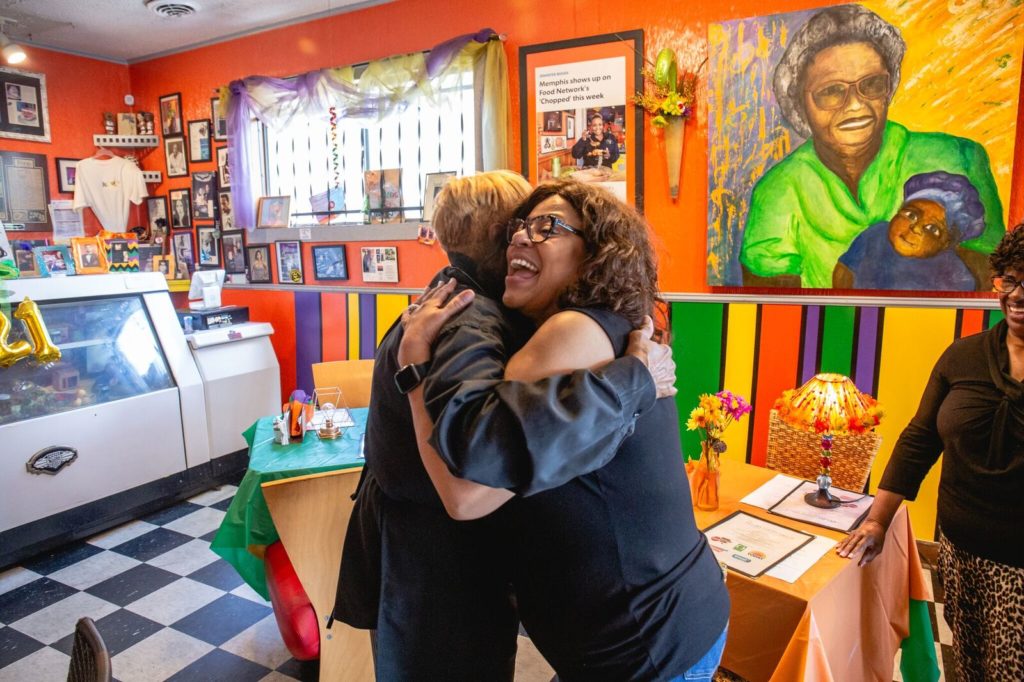 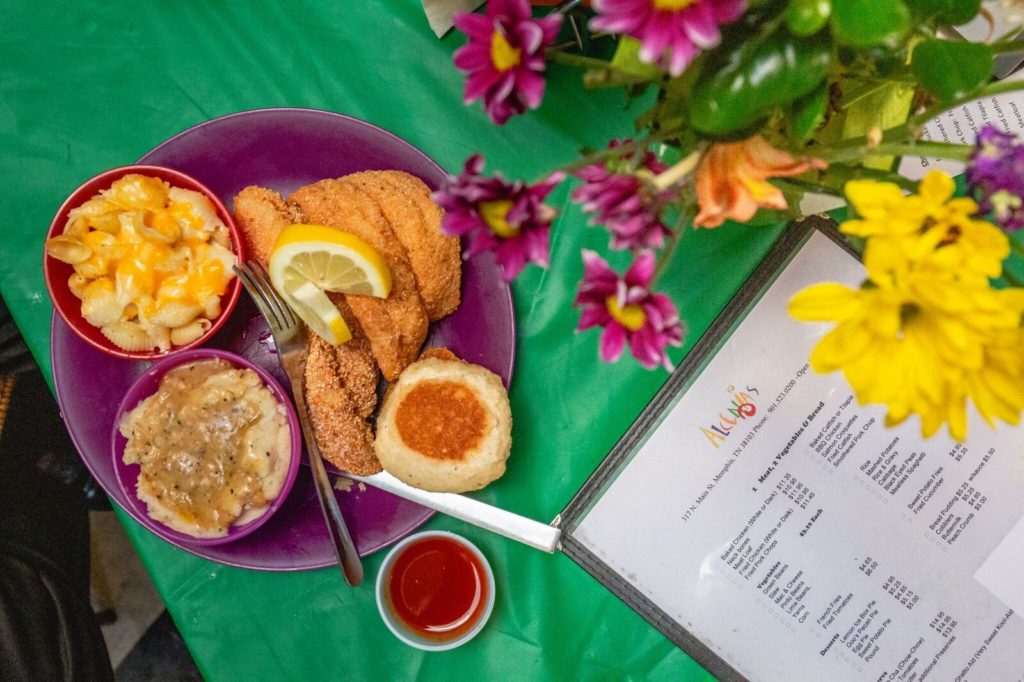 Earlier in 2019, the future of Alcena's was uncertain due to concern over the building's lease. But let me make it clear: Alcenia's is OPEN for business and BJ and her staff are serving up exactly what you need.

When I was there, a table of guys from Knoxville were raving over their fried catfish, a couple of local ladies enjoyed a leisurely lunch and chatted with the staff, and we ordered some catfish ourselves since it was National Catfish Day.

Another option for lunch in The Pinch District in downtown Memphis is Ferraro's Pizza & Pub. This spot, opened by Andrea Ferraro in 2010, serves pies and Italian favorites in a casual pizza joint. They have daily specials, including a $9.95 pizza and pasta buffet lunch buffet on Tuesday. 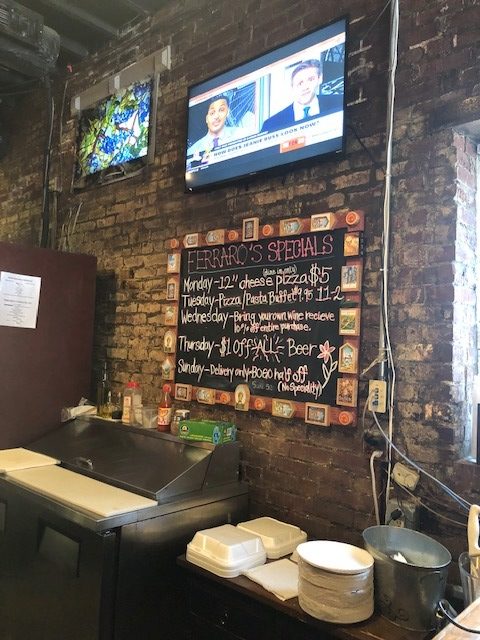 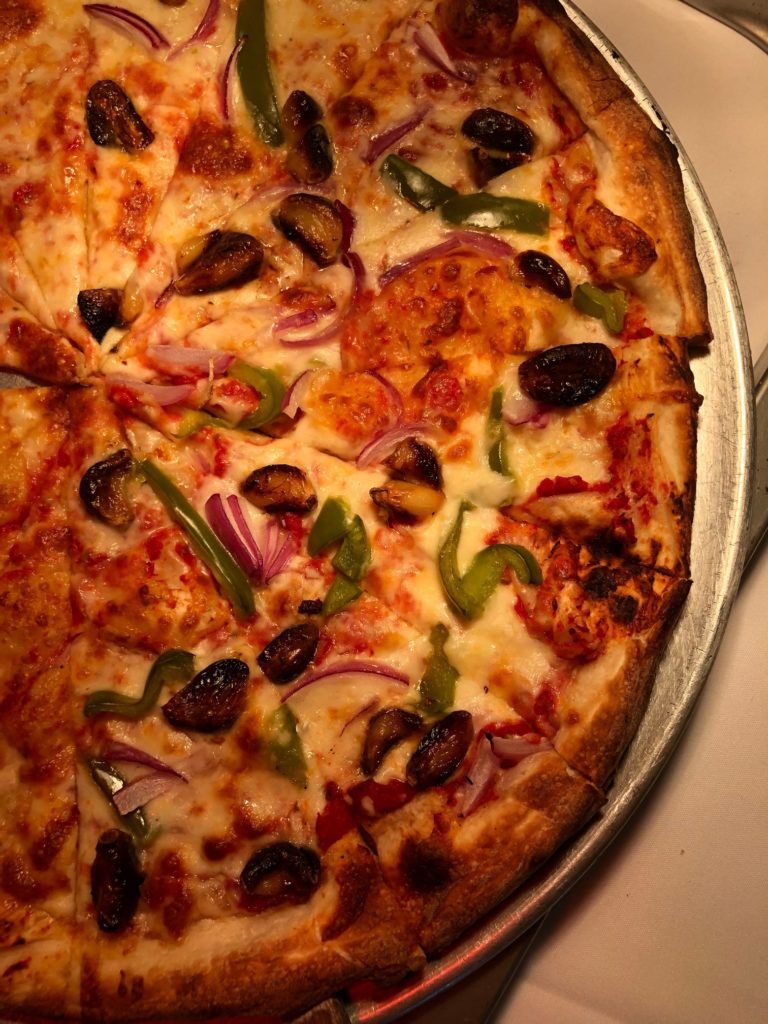 As luck would have it, I walked in during lunch on a Tuesday and every booth and table was filled with folks chowing down on pizza, baked spaghetti, ravioli, mac 'n' cheese, and salad. 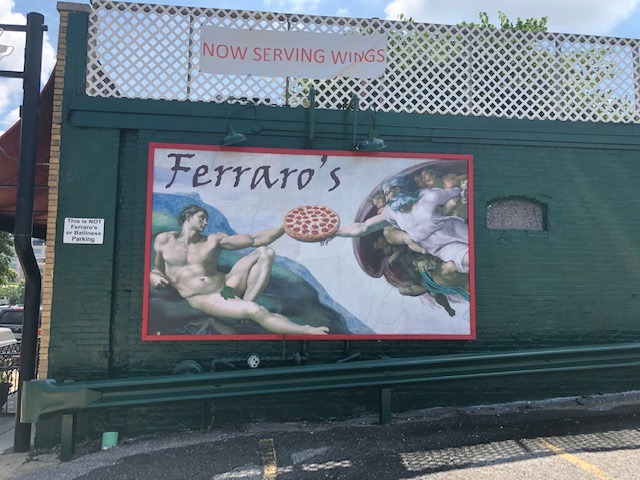 Ferraro's also delivers to midtown and downtown, and serves beer. My curiosity and appetite were piqued by signs for the "Cheesy Corner", which is supposed to be coming soon either as a part of Ferraro's menu or connected to it. I'll be sure to update y'all on that if I learn anything new.

It's time for another downtown Memphis institution. Another Memphis must. The perennial favorite, the always-there-when-you-need-it, Westy's. I walked in during the late afternoon and watched as the booths and bar filled up steadily with people through happy hour. "It feels like Cheers in here," my friend said. She's right. It's the kind of place you could be a regular. And of course, people are. 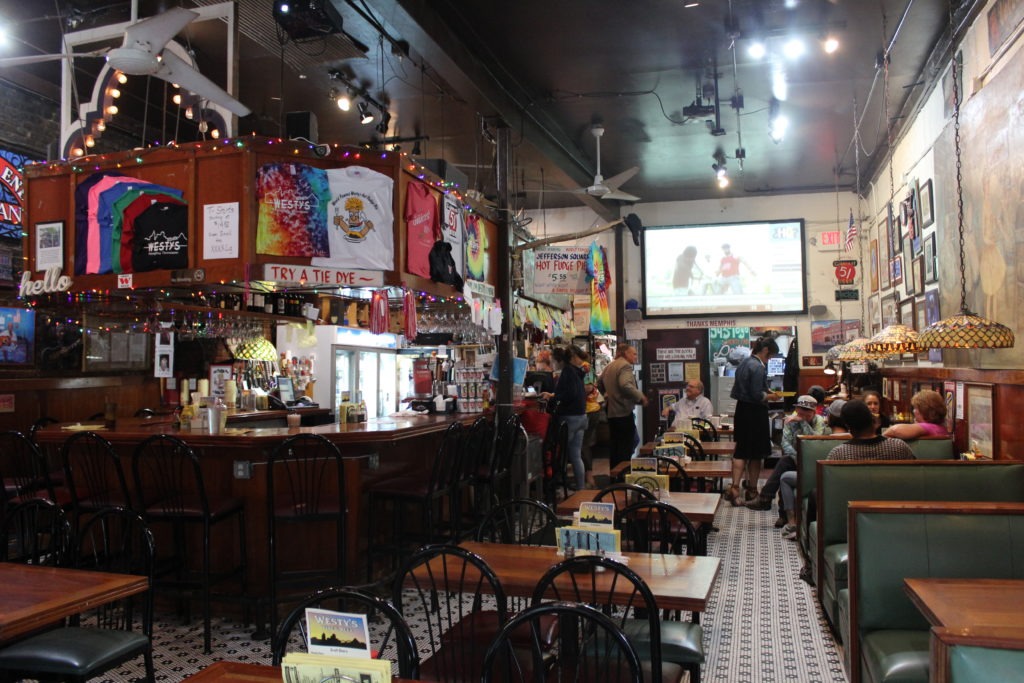 Owner Jake Schorr opened the current iteration of the Westy's pub and restaurant in 1983 and served visitors, Memphians getting off work, and late night diners ever since. Mr. Schorr has always been an advocate for Memphis, singing its praises to anyone who would listen and remaining a steady presence in the Pinch for decades. 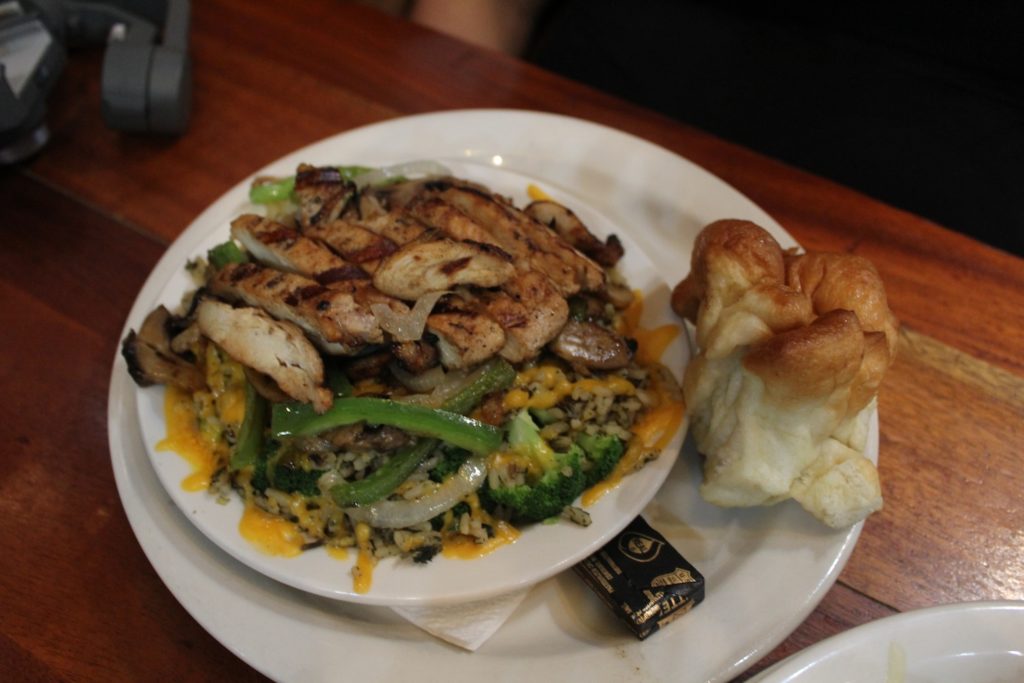 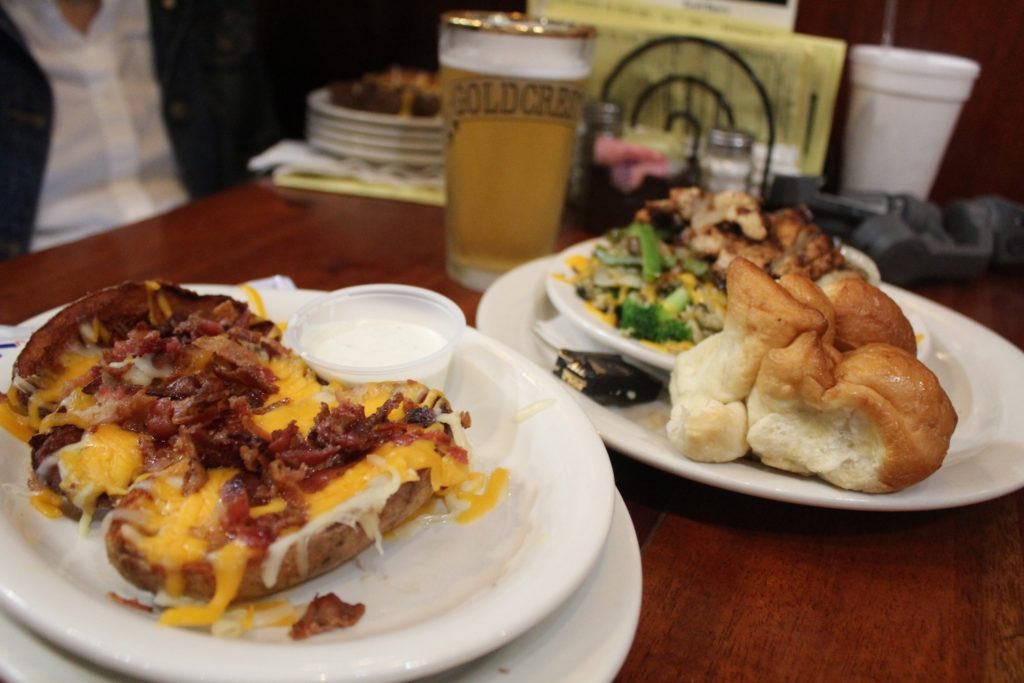 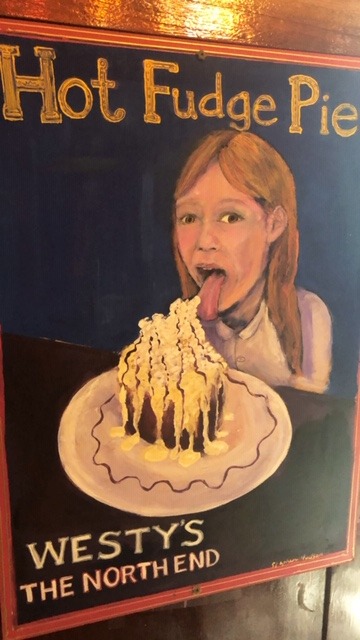 The menu at Westy's would make a great beach read, honestly. We went with loaded potato skins and one of the Wild Rice dishes (I think it was #10. There are 30 different options…) and then we had to try the infamous Jake's Original Hot Fudge Pie. This pie is immortalized by multiple vintage-style signs around the property, including this interesting one of a little girl. 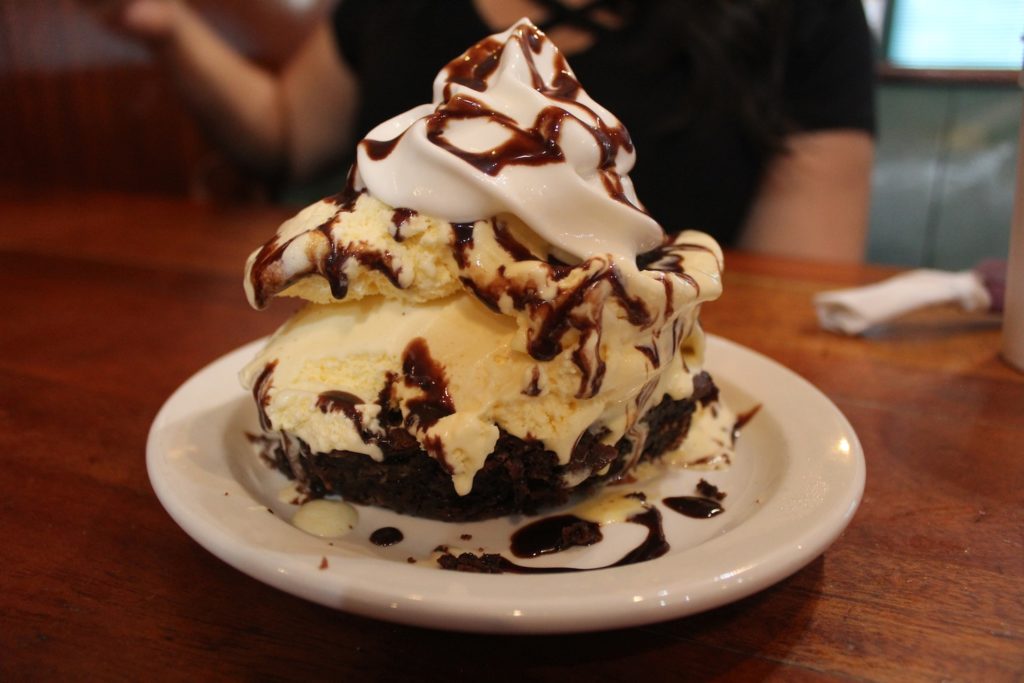 Turns out the portrait wasn't that much of an exaggeration.

Westy's downtown is open every day from 11 a.m. to 3 a.m. and do late night delivery. They also have a midtown delivery location.

What Else Is In The Pinch?

This is only a sampling of places to go in The Pinch. St. Jude's campus is there and undergoing a billion dollar expansion that will certainly bring more businesses to the area. The Bass Pro Pyramid is there. The Balinese Ballroom is a unique wedding and event venue.

Expanding our territory to Uptown overall, don't miss The Office at Uptown for coffee, breakfast, and lunch, and Roxie's for arguably the best burger in town. The Slave Haven Underground Railroad Museum is a nearby museum that's often overlooked.

What are your favorites? Where should I check out next?

We JUST ordered Westy's tonight! I work overnights at Le Bonheur, and they deliver until almost 3 am, so it is perfect for us! No matter what else I order, I have to get a cup of their jambalaya. It is just so good!