Lunch Plans: Fino's From the Hill

Lunch Plans: Fino's From the Hill

I've found a restaurant that disproves the project management triangle. Fino's from the Hill is that rare combination of good, fast and cheap.

Fino's has a corner storefont on the first floor of the Gilmore Apartments in midtown. It's nothing fancy, just a casual, worn-in dining room with a ton of tables, a few grocery items and a deli case. I'm a big fan of their sandwiches. They come in small, medium, or large. Fino's has a ton of sandwich options, including the popular Acquisto and a changing roster of daily specials, but I like to keep it simple. Behold the Fino, the deli's namesake sandwich: 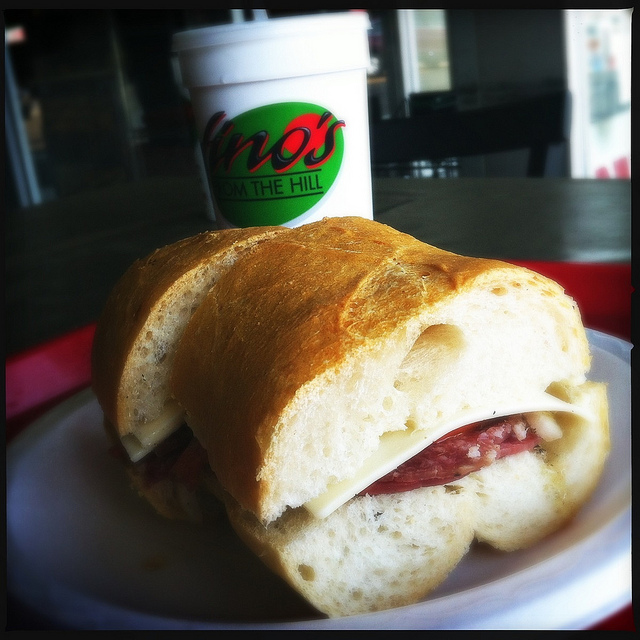 It's a stack of sliced salami topped with provolone cheese and black olive dressing that I usually substitute for marinated tomatoes and onions on a fresh, crusty log of bread. And the best part: a small Fino is $6.50. If you're taking the sandwich with you, be sure to grab some napkins - between the crusty bread and the dressing, they can get a little messy. Fino's does dine in and take-out service, as well as catering. You can also order their sliced meats and cheeses by the pound.

Fino's from the Hill
1859 Madison Avenue

"from the hill" they say?  As of in the St Louis neighborhood?  I suppose the more apt question is whether or not their pizza's contain provel cheese?

I eat there once a week. I always get the special sandwich. Great staff working there too

Yes, Erik. As in the St. Louis neighborhood - and YES, they have Provel!!! 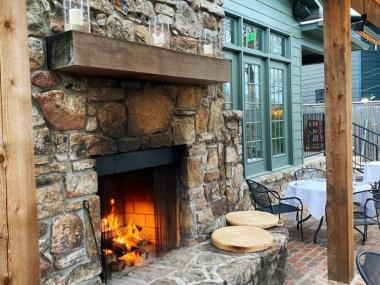 Heated Patios In Memphis and the Mid-South 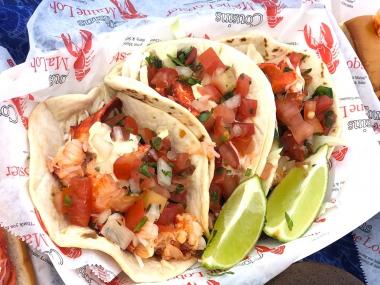