The cozy spot has a big menu, with small plates, wraps and sandwiches, a plentiful selection of chicken and seafood entrees, plus a vegetarian section. I'd describe the food as Jamaican with a hint of Southern.

There are lunch specials from 11 a.m. to 4 p.m. I'm all about the black bean tacos, which come with tofu and kiwi salsa. I've never had anything like them, a perfect lighter lunch.

A post shared by StyleBlueprint Memphis (@styleblueprintmemphis) on Nov 12, 2015 at 4:08pm PST

Try the Marley Meal, a vegetarian plate of cabbage and peppers, rice and peas and a cucumber and tomato side salad. 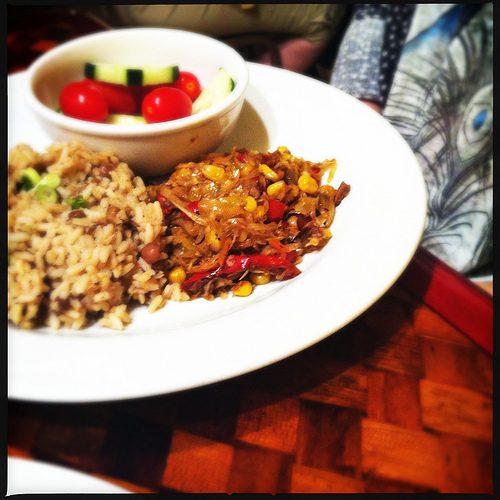 The cabbage was like an slaw that grew up and got a promotion. It was a little bit crunchy and kind of sweet, and the chunks of peppers were a nice touch. It would be amazing on a barbecue sandwich (or off of a plate or out of a bucket). Or, try the Kingston Stew Fish. I was expecting some kind of stew over rice or maybe something along the lines of what you'd get at Abyssinia, but it was a piece of seasoning-crusted seared tilapia resting on a generous pile of rice pilaf. 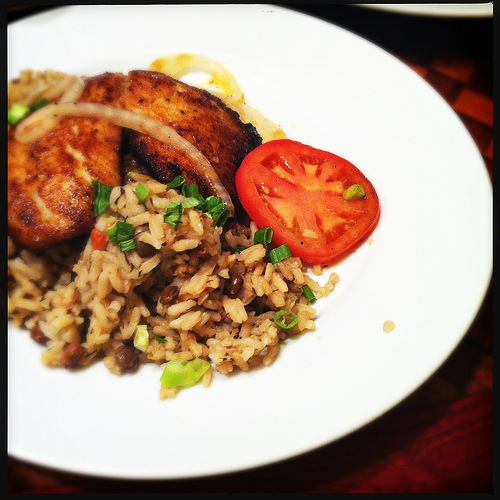 The fish had a bit of spice to it, but not enough to require multiple glasses of water. The rice was good, but not super flavorful on its own (it was ok, though - there were a few kinds of Jamaican hot sauce on the table.) Did I mention there are Jamaican jerk wings?

The jerk chicken wings are really good as well. The meat falls off the bone.

I've loved every dish I've had at Evelyn and Olive.. salmon cakes and grits, the salads are super good and super filling, soups, rice and peas, kingston cabbage, fried green tomatoes, the boom boom sauce is good on EVERYtHING - even the salad.

True or false that they have wine there?

True - I was there tonight!

how about a roti not open but wraped i be charlotte NC grew up in bkyn i heard its the best do u ship...