Stop In To Downtown's Snazzy Speakeasy: The Pocket At Tailor's Union

Stop In To Downtown's Snazzy Speakeasy: The Pocket At Tailor's Union

The Pocket at Tailor's Union is snazzy and unlike anything else we have in Memphis. You'll find this speakeasy in between 117 Prime steakhouse and the alley. Everyone is welcome—no membership required!

The Pocket is open Friday and Saturday nights, from 5 p.m. to 1 a.m. 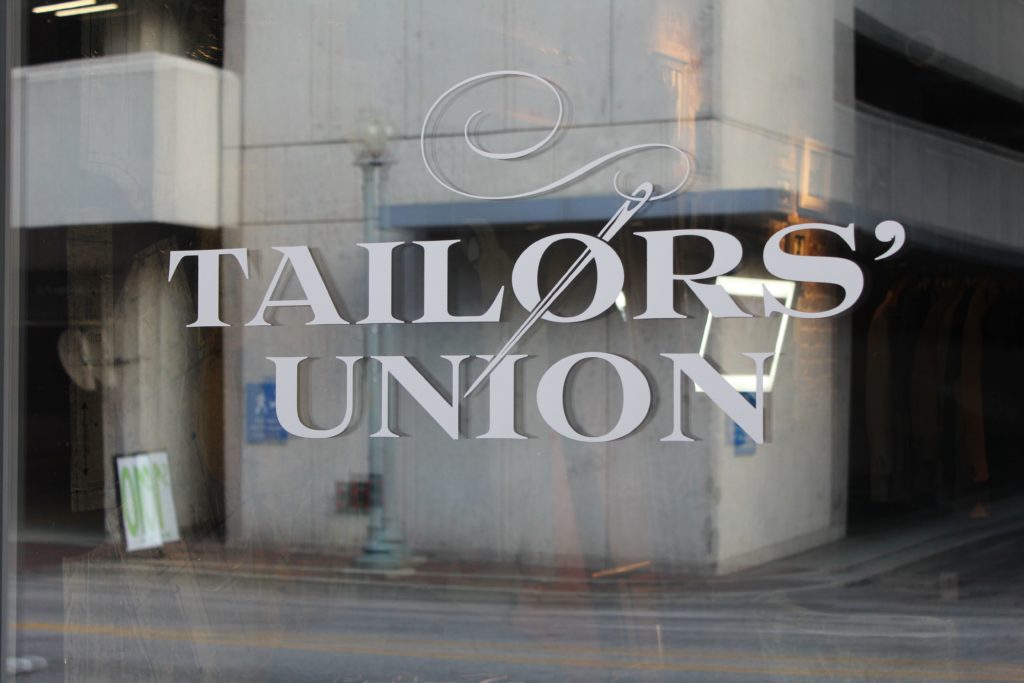 When you go, you'll see a storefront called Tailor's Union. Enter here. It feels like an upscale tailor's shop or clothing store. You'll want to dress up for this place. Think suits and heels.

This faux storefront (along with the members-only part of the lounge) is the justification for calling it a speakeasy. A host will guide you through a heavy sliding door and around the corner. Now you're in The Pocket. 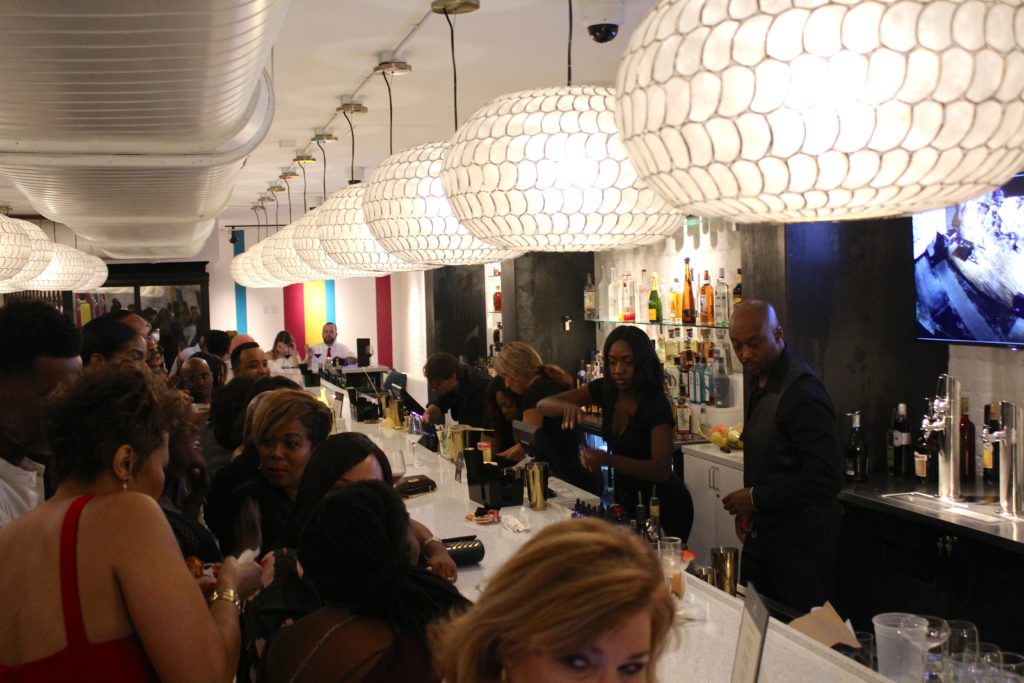 I had no idea what to expect, so I was practically in shock at how upscale and spacious it was. "Wow!" seemed to be the general consensus. The Pocket has several components: the storefront (aka Tailor's Union), an upstairs bar and lounge area, a downstairs bar, and a cigar bar.

Upstairs is a brightly-lit, sleek modern space with a long bar on one side and intimate booths on the other. Towards the back, there's a bit more space with white leather couches. Again, anyone can walk in and enjoy this space. Members can access the lower level.

When you walk downstairs, it's much darker. It's more what you imagine when you think speakeasy. It feels old and new at the same time, not surprising for a circa-1901 building that's been heavily renovated. There's another long bar, some high tops behind that, plus a spot for the band. Keep walking to the back, and there's a smoking room and cigar lockers.

Side note/fun facts: The owner of the building, Tyrone Burroughs, renovated the upper floors of 115 Union in 2012. The residences there now (The Lofts at Union Alley) are fully occupied. Mr. Burroughs is also part owner of Rizzo's Diner. 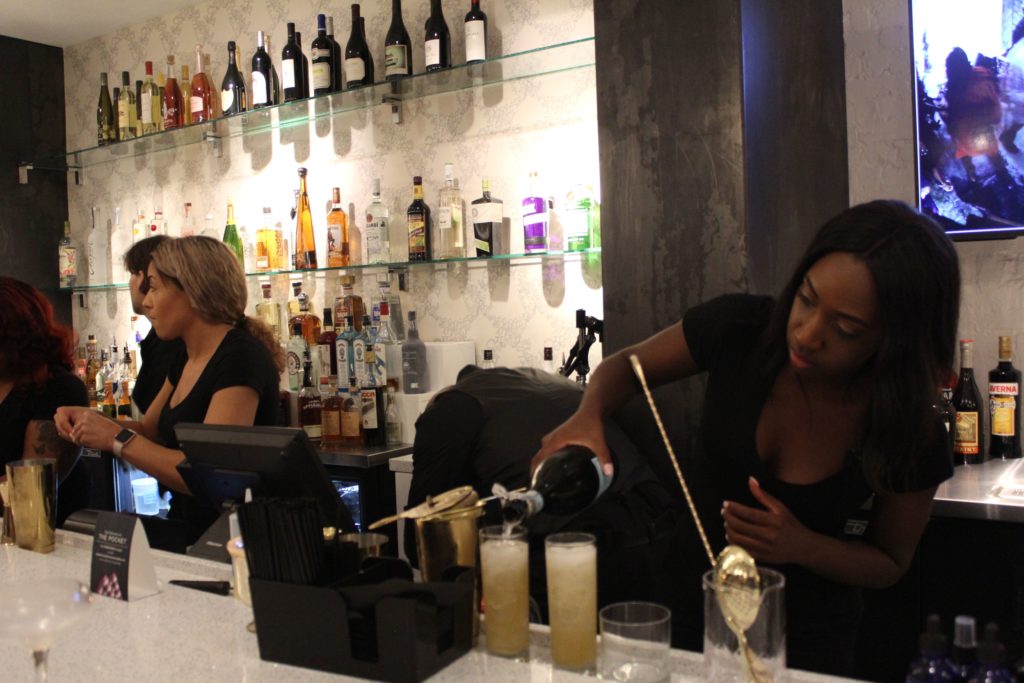 The night I was there, the band Copacetic slid through blues, jazz, and Memphis soul numbers. I have a feeling they're the house band, since their drum kit said "The Pocket", and they fit the mood of the place precisely. The music did a lot to create an exclusive, old-school, grown person vibe.

The Pocket offers unique signature drinks and classic cocktails. These are your craft/artisan/fancy cocktails that are almost too pretty to drink, and most of these libations pack a punch. Several of the cocktails we tried were all on point, and there's also a wine and beer selection. It's not a frosé or shooter kind of place, and that's OK. We have lots of those.

The Pocket offers tapas only, meant to supplement your drinking or provide a snack rather than a sit-down meal. The menu is basic: beef sliders, mushroom sliders, crab cakes, BBQ eggrolls. But basic doesn't mean bad. The beef slider and the crab cake were standouts, and the dessert - a bourbon and Bailey's brownie - was appropriately decadent. This menu changes frequently so your mileage my vary.

Despite the insistence that it's not a dinner spot, a few crab cakes and a slider or two might suffice for supper. Don't tell them I said that. 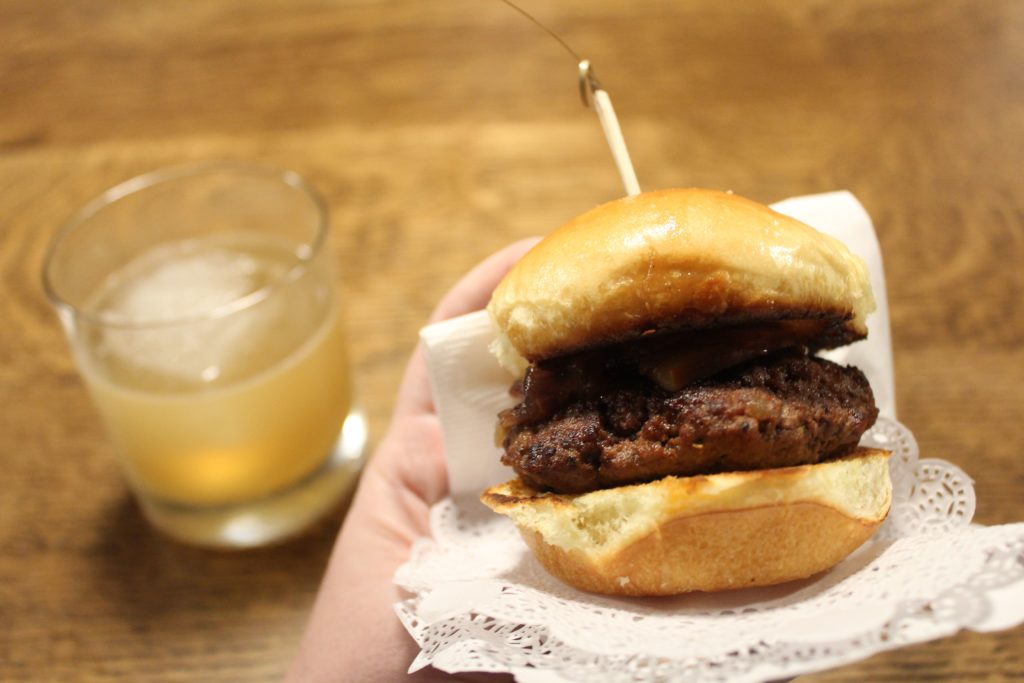 Clearly, I was enamored with The Pocket. An historic yet modern space, fancy drinks, great music, a diverse crowd...and a concept different from anything else in town? It's not for everyone, but I'm into it.

I spoke with one of the establishment's owners, who provided the background info I've peppered throughout this post. The Pocket is shrouded in secrecy a bit, so be open-minded when you go, as info may be subject to change.

After the initial public opening period, Tailor's Union / The Pocket added a members-only component. If you want more info on becoming a member, head on in to the bar and they can provide you with details. It's clear to me that this membership is for people who appreciate (and can afford) the finer things. 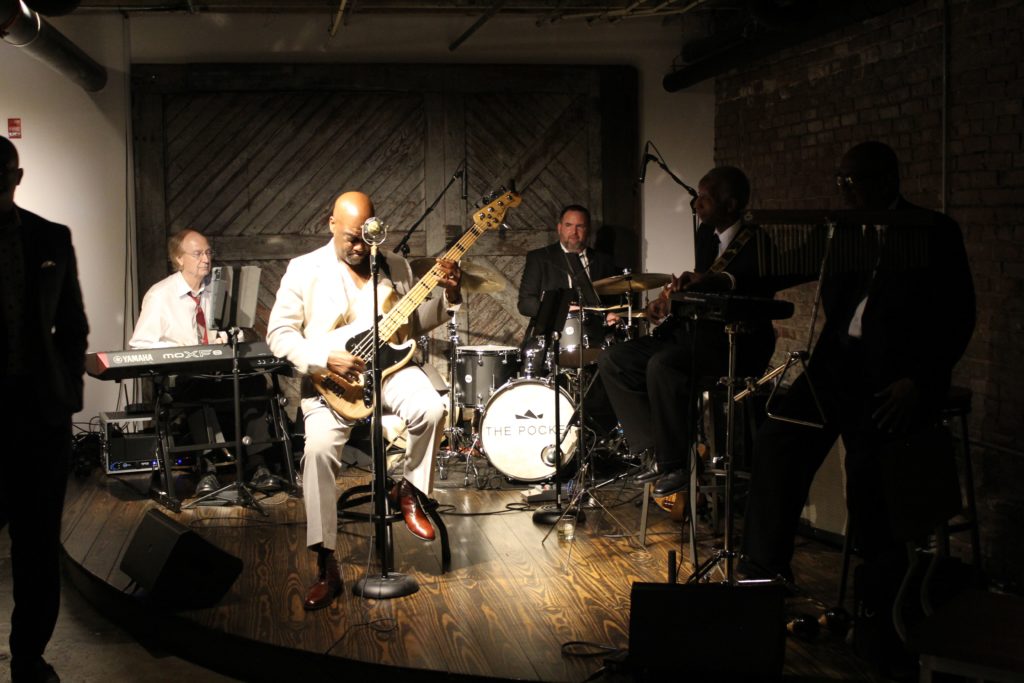 Make sure you were pants. They have a dress code and will be turned away if you have shorts on.

Good to know! I had no idea.

We are more New Orleans than New York, so no shorts doesn't fly. It'll be hip for 6 to 9 months, then those folks will go somewhere else. Casual like the Delta!

This place is exactly what I needed when I moved back to Memphis after 30 years. In fact, I was so impressed, I joined my first night there. Tonight will be my third night, so I am looking forward to some good jazz, beautiful people and a great cigar.

Hi I need to knit if I can wear dress shorts?!

Oh My … dressy and at the Peabody.  Went for dinner at a wonderful small plate, multi course (name??) restaurant and we’re strolling back to hotel.  My husband looked into tailors’ window … thinking of a new suit … a lovely man opened the door and lead us into Alices’ Wonderland.   He ushered us to the Cigar Bar and we had the time of our life.  Funny…Never shared story as we want to keep paradise in Memphis our secret.  Thank you and we’ll see you soon.