I Wouldn't Dream Of It: Motel Mirrors Music Video Release

I Wouldn't Dream Of It: Motel Mirrors Music Video Release

I'm excited to share this music video release from Motel Mirrors for their sweet tune, "I Wouldn't Dream Of It". This is a part of Beale Street Caravan's I Listen To Memphis weekly music video series. 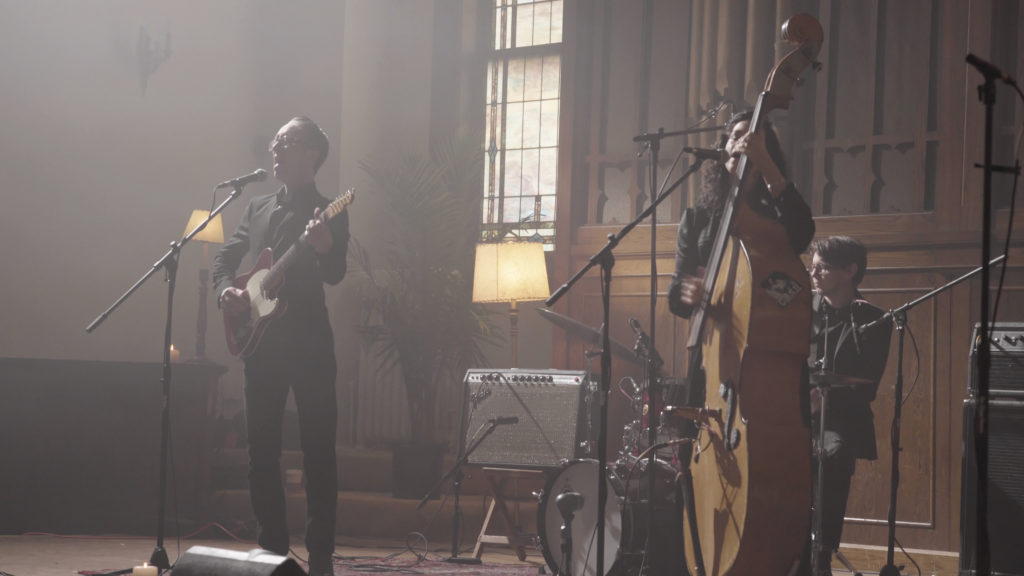 This video (below) is extra super Memphis special for a couple of reasons.

First, know that Motel Mirrors is made up of three longtime Memphis musicians - Amy LaVere, Will Sexton, and John Paul Keith - and if you've paid any attention to Memphis music, you've heard their names and their tunes.

Second, Motel Mirrors creates music grown from the seeds of Sun Records, using "rockabilly, country, swing, and other genres as parts of a whole". There is no autotune within a thousand miles of these skillfully made songs.

Finally, the video in particular is cool because it was filmed live at Galloway House in Cooper Young, formerly known as Galloway United Methodist Church, aka the place where Johnny Cash and the Tennessee Two first performed live in 1954.

So sit back, watch, listen, and enjoy.

You can (and should) get Motel Mirrors' new album, "In The Meantime" from Last Chance Records. It's available on CD and digital download.

Also, I strongly suggest you check out Beale Street Caravan if you haven't already. They're a weekly radio show broadcasting from downtown Memphis to millions of listeners around the world. (I keep telling y'all that Memphis music is a raging force across the globe!) Their new Listen To Memphis video series is all about Memphis and Delta musicians performing in culturally relevant locations. See all the videos here.