Ed. Note: The Ameripolitan Awards celebrates root music - think Americana, bluegrass, honky tonk, and classic country - every year with a weekend of live music and events that culminate in the Awards Show itself. In 2018, Ameripolitan Awards founder Dale Watson moved the event from Austin, Texas, to Memphis, Tennessee.

That year, I Love Memphis Blog contributor Baylee Less sat down with Dale to answer questions like: Why move a music awards event from Austin to Memphis? How can Memphians get in on the free live music showcases? And of course: what on earth is "Ameripolitan" music? 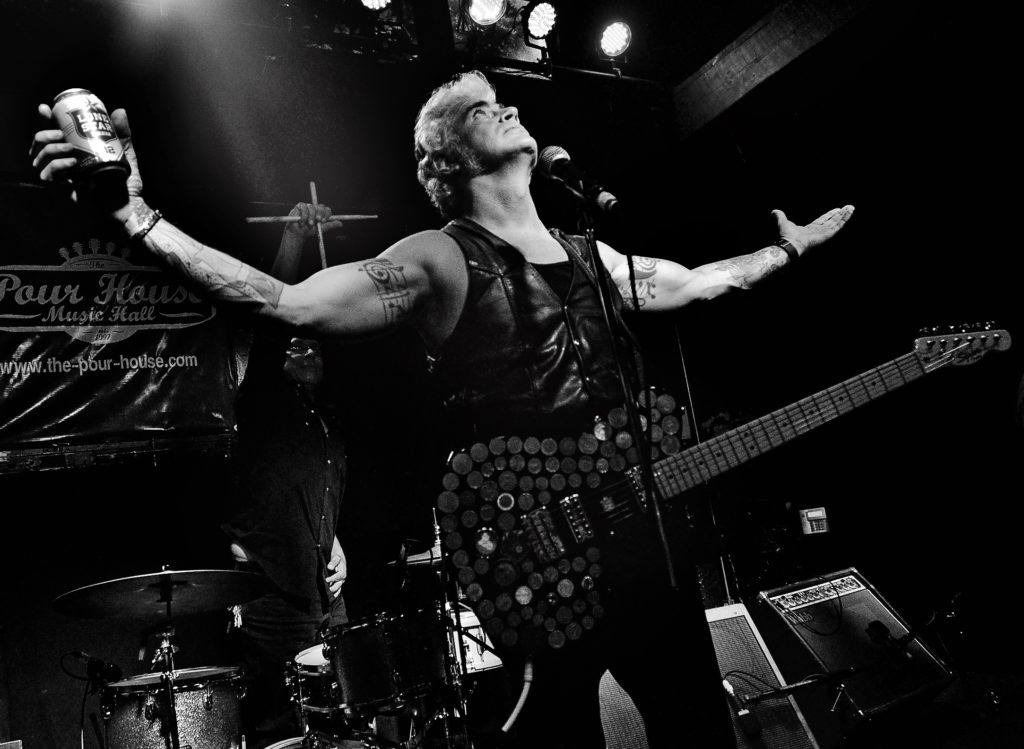 Dale Watson. This year, maybe he'll have a Ghost River in his hand. Photo provided by AAW.

Memphis is fun as hell, so it’s no surprise that yet another music festival is on the books The Ameripolitan Awards Weekend moving to Memphis in 2018 means one thing to me: people are starting to take notice of our artistic energy (and they want to be a part of it).

The Memphis Ameripolitan Awards Weekend celebrates all things roots music, including bluegrass, outlaw, Americana, honky-tonk, rockabilly, Western, and what people have so politely termed the old “country.” This weekend won’t feature Taylor Swift or Blake Shelton; it will applaud Ameripolitan artists from around the world who create the kind of music that feels homegrown, honest, and timeless.

After four years in Austin, Texas, Ameripolitan Awards founder Dale Watson decided to move both himself and this weekend festival to Memphis, the city he dubs the epicenter of roots music. In 2018, chatted with Watson about his lifelong love affair with the Blues City, creating a new genre, and what the Ameripolitan Awards Weekend will bring to Memphis.

A Conversation with Dale Watson

Baylee: Why did you decide to move the Ameripolitan Awards to Memphis? What drew you here?

Dale: I’ve been coming to Memphis for over 30 years. I would pass through on my way to Jackson, Tennessee, to visit my Dad. I’d always stop in Memphis because it was the mecca for music that I loved, from the rock n’ roll of Elvis Presley and Carl Perkins to the honky tonk of Johnny Cash.

I also loved the entire vibe of the city, but I never felt that the music scene was appreciated enough - this was in the 80’s. Now there’s a different feel in Memphis, it feels alive. Memphians are proud of their city. I had always wanted to move here because I love this city. I finally found the right time with the change in atmosphere and I found a house - everything just fit like a glove.

Baylee: That’s so great to hear. As a born and raised Memphian, I definitely agree. People’s attitudes are changing and it feels like a special time to be in this city.

Dale: It’s all always been here, but it’s great to see people supporting the music community like Beale Street, Stax, and Graceland. It is hard to see how special some place is when you’re living in it. Now I feel like Memphians have developed the pride that always should have been there.

Dale: Mainly because we’re pretty much ignored by the mainstream altogether. There was a musician in Nashville that said publicly, “Nobody wants to listen to grandad’s music.” His name was Blake Shelton, Now, I had never heard of him, but he said the way that everyone in the country music industry, especially in Nashville, feels about the kind of music we make.

They don’t care about roots music. Essentially, Ameripolitan is what country used to be, but we’re making new music. That’s what is most important for me to stress. There’s so many great musicians getting the music out there, but they are being ignored by the mainstream.

Baylee: Very cool, and I think that really fits in with the Memphis music scene.

Dale: Absolutely, that’s why it really fits in here. If there’s any one person who inspired all of the acts in Ameripolitan, it’s undoubtedly Sam Phillips. He always encouraged artists to be themselves and wouldn’t let them make compromises for their art.

Baylee: And with the Ameripolitan Awards weekend, it’s part festival/part awards show? What can we expect?

Dale: There are showcases all over the city throughout the weekend including the Guesthouse at Graceland, Loflin Yard, and Blues City Cafe. Then the awards show is on the 13th. I even think there’s an after party that night as well.

Baylee: That sounds so fun!

Dale: It really is fun. We have musicians coming from all over the world including Sweden, Spain, and Italy. It’s not just the US that this music affected; Elvis, Johnny Cash, Jerry Lee - their music affected the whole world. 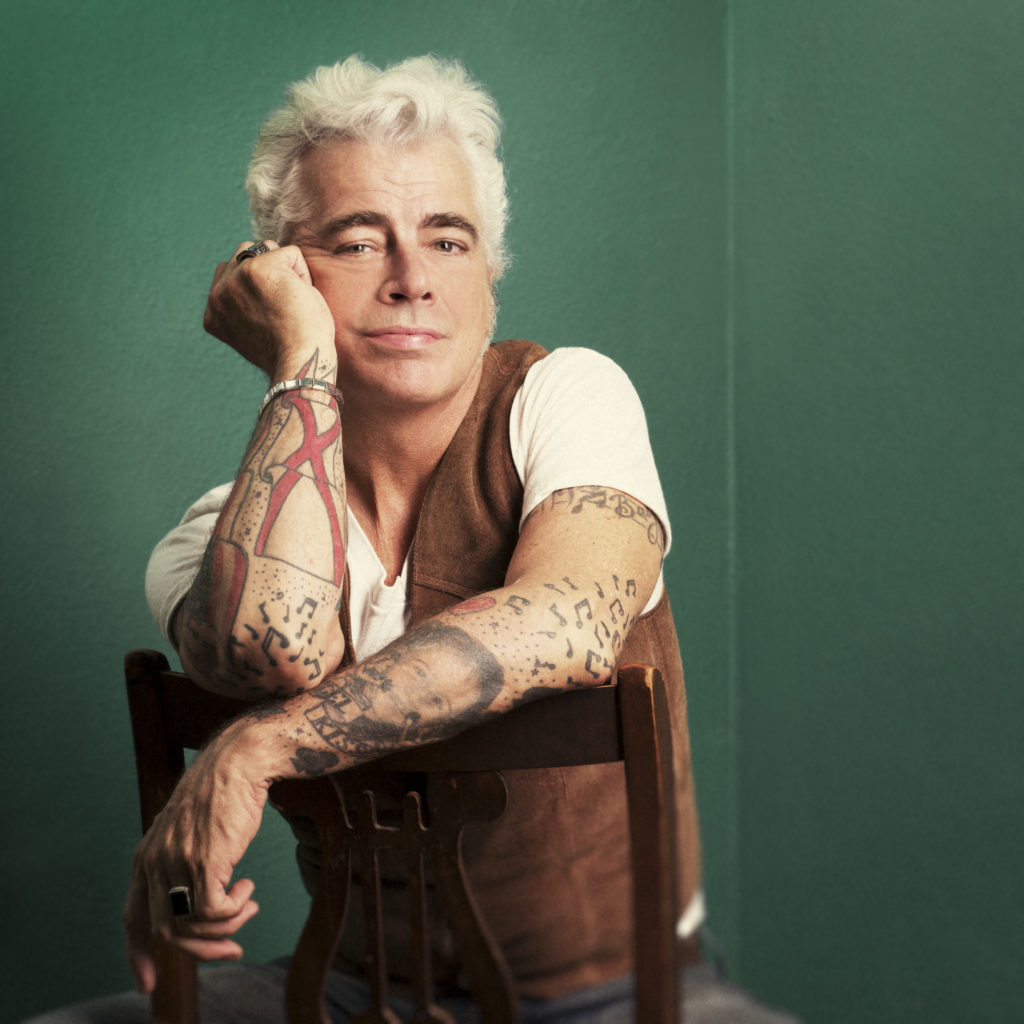 Baylee: Will the festival bring in a lot of attendees not from Memphis?

Dale: Oh yes, even just with the nominees and musicians alone there are more than 300 people coming from out of town. We normally have around 1,000 to 1,200 people come just for the award show night, but many stay for the whole weekend.

Baylee: That’s incredible, I didn’t realize how big this event was. Although I know there are many great acts, are there any highlight acts you want to suggest for a listener not as familiar with Ameripolitan music? A great act to peak their interest in this genre?

Dale: Oh man, there are so many. Reverend Horton Heat, Unknown Hinson, Asleep at the Wheel, Nikki Lane, Greenline Travelers...there’s a lot. We have so many showcases not counting the awards show. If you go to any of the showcases, you’re not going to leave there without loving one of the acts.

Baylee: Well thank you for that list, I’ll have to make it out to one of the showcases.

Dale: Definitely! I also think many of the international acts are the most interesting like the Don Diego Trio from Italy and Al Dual from Spain. Even though they’re from out of the country, you’ll be fans of them.

Baylee: It’s interesting that they find inspiration from Americana and roots music.

Baylee: I have one final question for you. What do you see as the most exciting part about the future of the Memphis music scene? Either with Ameripolitan or in general?

Dale: I am excited about it all. When I first put on the Ameripolitan Awards, I did it as a one time thing. Now we’ve grown every year and I love creating it. Also I think people like that we recognize venues, artists, DJs, festivals, all of it. Every year we have more people more passionate about the genre and event. I’d love to see more people recognize the hard work and art of Ameripolitan, especially in the mainstream.

Baylee: Thank you so much for your time, Dale. I loved learning about Ameripolitan and your story.

Details for the Ameripolitan Awards Weekend

Although each showcase and act is sure to serve up a different plate of delightful roots music, some of my not-to-miss acts include the sassy honky-tonk heiress Whitney Rose, the Swedish rockabilly group The Go Getters, and the twangy Western-rock Reeves Brothers. All showcase times and locations can be found below.

Tickets for the Ameripolitan Awards are available now at Ameripolitan.com. Ticket options and prices range from single showcase $20 to entire awards tables $10,000. In regards to flexibility and financial options, the $100 weekend pass is your best steal of a deal. Visit their website for more information. 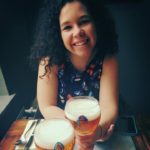 A born and raised Memphian, Baylee Less recently returned to her roots after her four-year hiatus at the University of Maryland. A contributor to I Love Memphis and Memphis Travel, she is excited to share the reasons she’s always loved Memphis. She enjoys live music, Asian food, and being outdoors. Follow @bayleeless on Twitter for updates about being vegan in the land of barbecue.