BBQ Lunch With The Young Lovers From The King and I

BBQ Lunch With The Young Lovers From The King and I

Back in 2017, I had lunch at Central BBQ's downtown location. A pretty normal thing, right? Well, it was actually an extraordinary experience because I dined with two touring Broadway actors who were in town for a show at the Orpheum! Here's how it went:

Lunch With The Young Lovers From The King and I

Today for lunch, I had the honor of dining with actors Q Lim and Kavin Panmeechao, who portray characters Tuptim and Lun Tha, respectively, in this  Orpheum Broadway Series performances of The King and I. The two of them, along with Kristin from The Orpheum, stopped in for some Memphis barbecue for lunch and a quick chat about this tour stop and the show. 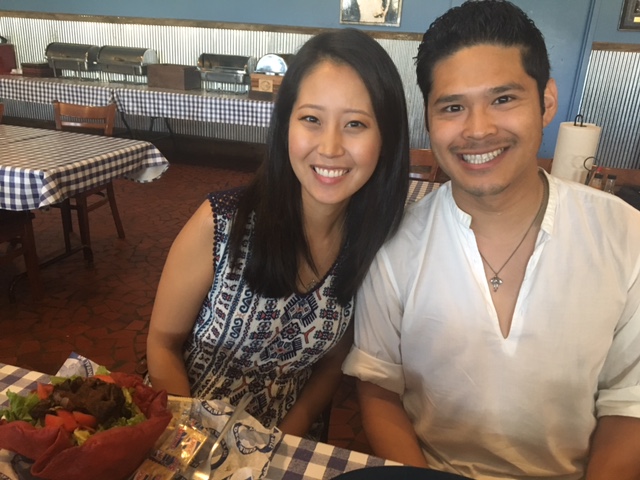 Kavin is originally from L.A. and now lives in NYC; he has toured with many shows, but this is his first time spending any time in Memphis. Q, in her national Broadway tour debut, shared that she's originally from South Korea and this is her first time traveling the U.S.

Holly: What do you think of Memphis so far?

Kavin: I didn't realize how spread out it was! I've heard so many things to go explore, like the Zoo and Cooper Young area. I've only passed through once before.

Q: Beautiful! Beale Street is so much fun. We had a birthday party for [a cast member] and stopped by the Peabody and Beale. It was amazing; all the music, the lights. At our last stop, we had someone dressed up like Elvis Presley and it got me in the mood, like, yes, let's go to Memphis and experience this new culture! And everybody is so nice here. Everybody's so pleasant.

Holly: Tell me about your characters in The King and I.

Q: I play Tuptim. She's a princess, but also a slave given to the King of Siam from the King of Burma. But she actually loves him (pointing to Kavin). Forbidden love. Kavin: I play Lun Tha. He's an emissary from the Port of Burma who's been tasked to bring her (points to Q) as a gift to seal their political peace. He's also been given permission to sketch to the Bangkok temples as his "reason" for being there, but his real reason for being there is because he loves her.

Below: Kavin and Q in costume. The two are just friends in real life, but portray young, doomed lovers in the musical.

A post shared by Hollywood Pantages Theatre (@hollywoodpantagestheatre) on Jan 14, 2017 at 8:39pm PST

Holly: What should audiences most look forward to?
Q: I think the music, first of all. Even if you don't know theater, a lot of people will know the music. Also, when I didn't know the show, and I thought of The King and I, I thought - it's one of the classics, it's gonna be long or kind of boring. When you actually watch, there is so much humor in it. It's fun.

Kavin: Like "Getting To Know You", "Something Wonderful", "Shall We Dance?"  these are iconic songs, everyone knows these songs. And people are most surprised by the humor. They love the fun, but they're also surprised by the pathos of it, too. [The humor and the pathos] work in tandem. The great thing about it is there's something for everyone. Everyone takes away something different, and it's good for families - though there are things that are intense about the show - but you know, you can be ten or 110 and take something away. My favorite set piece is the wall.

If you ever go to Bangkok and you go to the Royal Palace, the whole complex is surrounded by this enormous white wall; obviously Michael [Yeargen, set design] did his research. When I saw it on Broadway, I said, I know that wall, because it's what I grew up driving by when my parents and I would go back to Thailand. That, for me, it very much hit home. 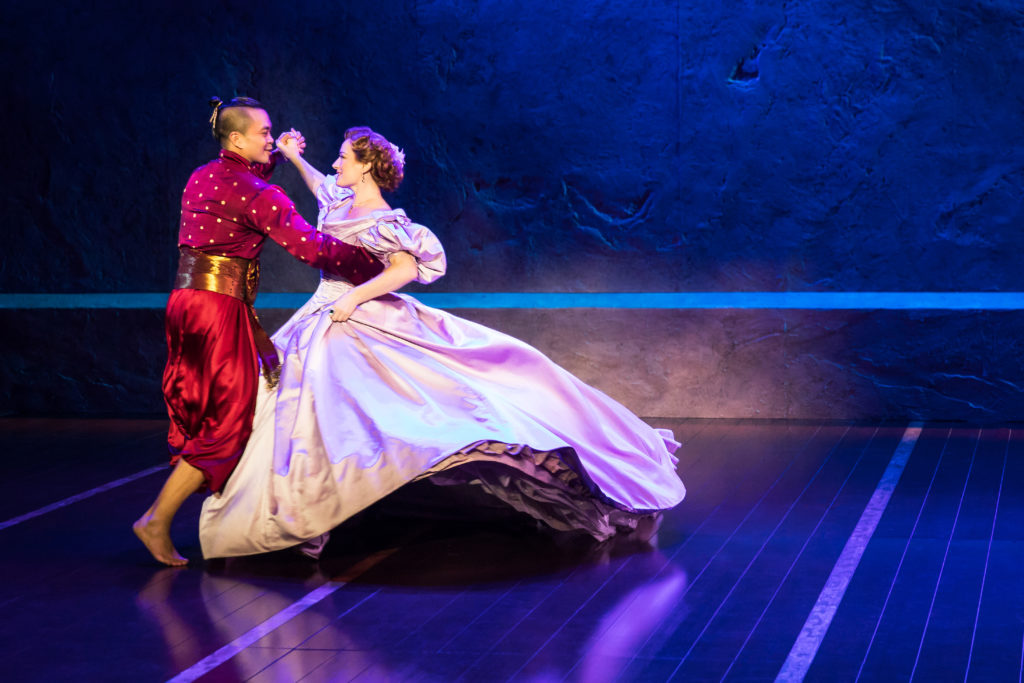 This show, originally on Broadway in 1951, deals with tough issues: sexism, racism, colonialism, slavery, and more. I urge you to do some Googling - much has been written about The King and I's presentation of these issues - to gain some context before you go.