Go Vegan For A Day At Two Vegan Sistas

Go Vegan For A Day At Two Vegan Sistas

Ed. Note: In 2018, Two Vegan Sistas closed their Bartlett restaurant. They have reopened as of November 2018, but they are now online ordering only - doing meal plans, catering, and bulk items that you order ahead of time.

Even though the restaurant is closed, I want to leave up this article from when contributor Baylee and I sampled some of the Two Vegan Sistas food. Their mission is still the same: to serve lifestyle vegans and curious foodies plant-based and raw meals that taste delicious. Here's Baylee's take on their style of food.

Sometimes I stick to a short and sassy reply, other times I explain that food can taste just as good and be just as filling without meat and cheese. You just have to know where to go. One place that caters to both lifestyle vegans and curious foodies is Two Vegan Sistas, owned by two real-life sisters with a goal to make healthy eating affordable and convenient. 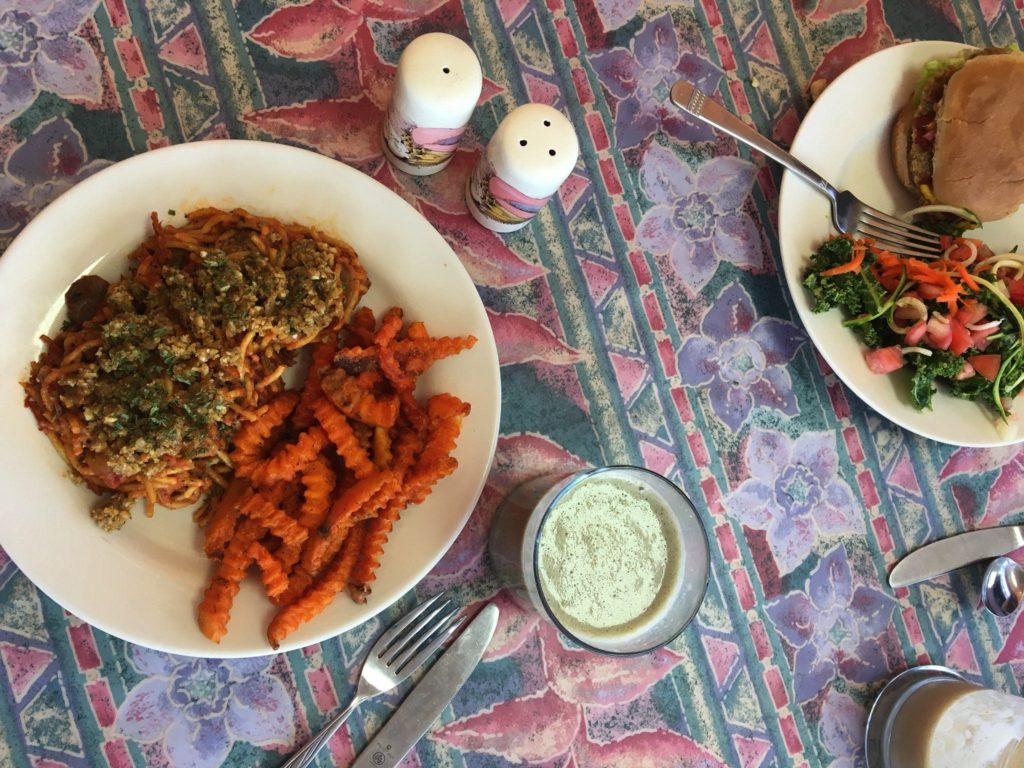 Certified vegan restaurants are few and far between in Memphis, so I was thrilled to hear about Two Vegan Sistas. Although my first visit to the quaint Bartlett eatery was a slight let down, I was eager to give it another try when Holly called and asked if I’d like to review it. I arrived before Holly and ordered the pineapple shake and cauliflower salad.

The cauliflower salad was fresh, crisp, perfect for a summer snack. The spices added heat that balanced nicely with the crunchy raw cauliflower, celery, and red onions. I expected this dish to come out hot, but quickly realized that Two Vegan Sistas specializes in raw meals in order to attain optimal nutrition from foods. 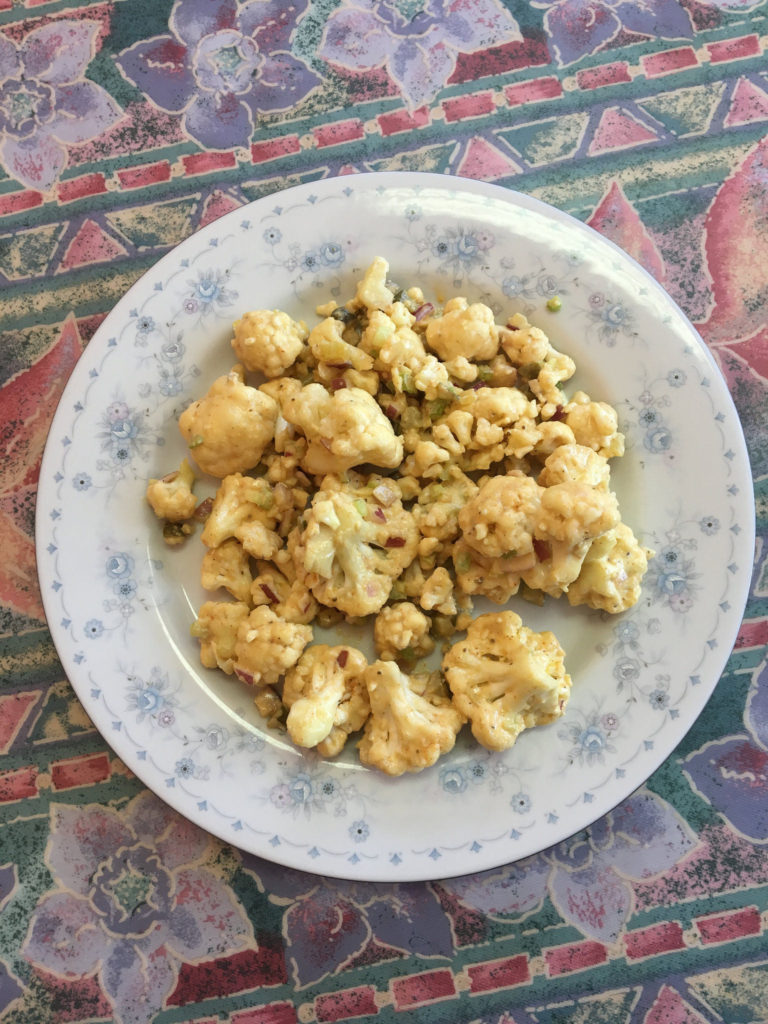 The pineapple shake blends almond milk, pineapples, dates, maple syrup, and bananas into a refreshing, sweet smoothie. I will definitely swing by again for this thirst-quencher this summer.

While we snacked on cauliflower and sipped shakes, Holly and I sat bewildered at what to order. The menu is filled to the brim with things that sounded spicy, tangy, sweet, and succulent. (Holly: I'm not sure why I expected a limited selection just because it was vegan, but I was surprised at the variety of different kinds of dishes offered.)

During my first visit, I ordered the lentil burger; although it was tasty, it fell apart while I ate. I was hesitant to try another burger, but the cashew burger didn't let me down. Topped with lettuce, tomato, mustard, and ketchup, the hearty cashew burger is the answer to a burger-craving vegan’s prayers. 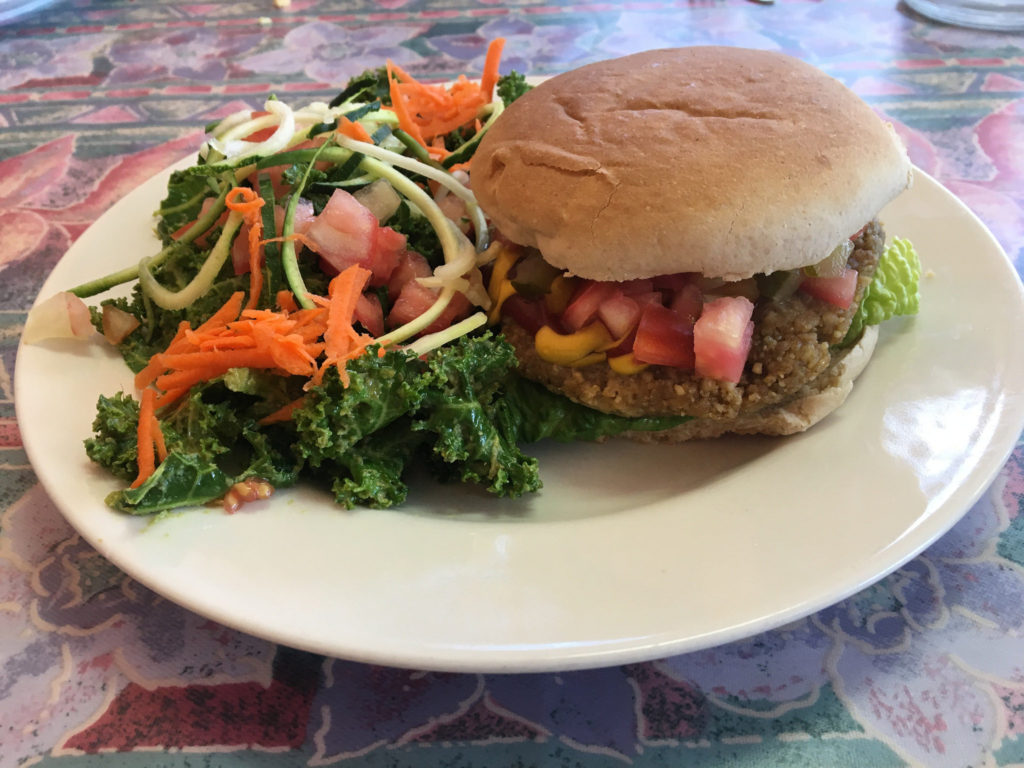 I choose the kale salad as my side, and it was the perfect light, crunchy complement to my burger. If you aren’t sure about kale, this is a great starter dish topped with plump tomatoes, ribbons of carrots and zucchini, and a peppery dressing.

Holly ordered the spaghetti with vegan meatballs; we were both eager to try the meatballs to see how they measured up to their meaty counterpart. The shining star of the spaghetti was the flavorful tomato-based sauce topped with fresh herbs (we guessed thyme and sage, but it’s a house secret) which verges on the edge of ambrosial.

The vegan meatballs ended up being the cashew burger base crumbled over the pasta, but oddly the flavors join together successfully in one zesty bite. (Holly: I really liked this dish, so I was shocked to learn the "meatballs" were made from cashews. I mean, how? It was crazy good.) 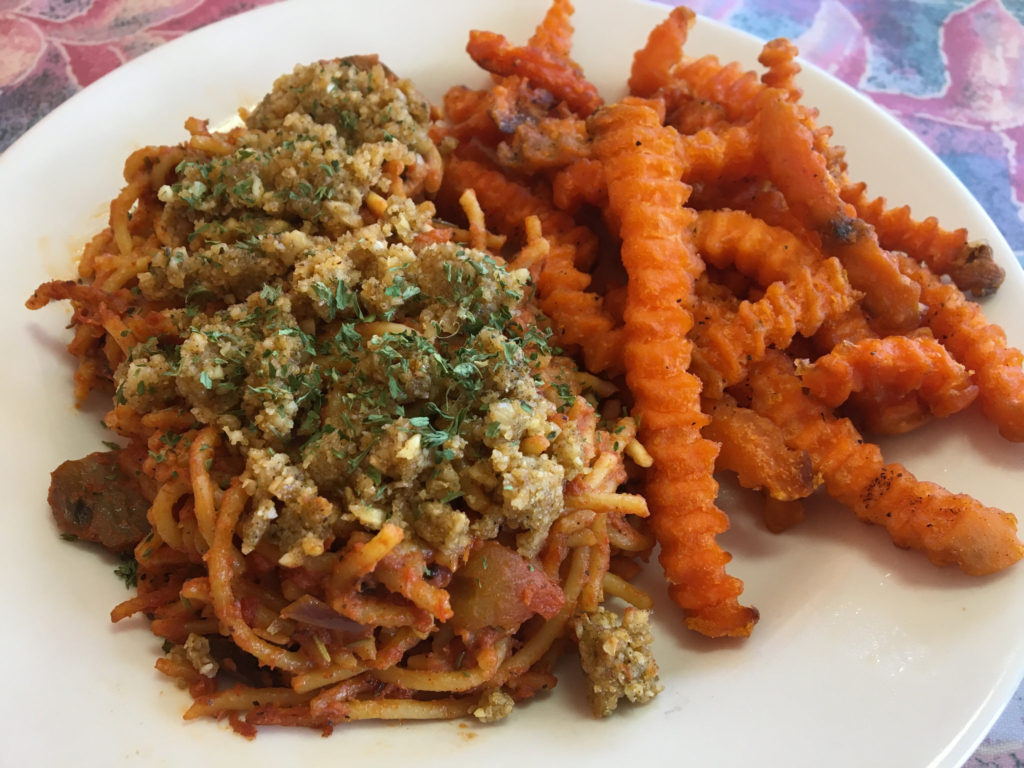 Yes, sweet potato fries as a side to spaghetti because Holly was really curious about them. 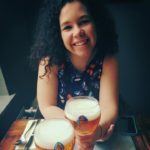 About The Author
A born and raised Memphian, Baylee Less recently returned to her roots after her four-year hiatus at the University of Maryland. A new contributor to ILoveMemphis and Memphis Travel, she is excited to share the reasons she’s always loved Memphis. She enjoys live music, Asian food, and being outdoors. Follow @bayleeless on Twitter for updates about being vegan in the land of barbecue. 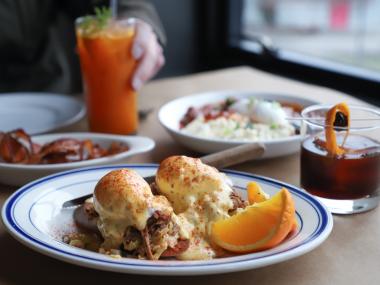 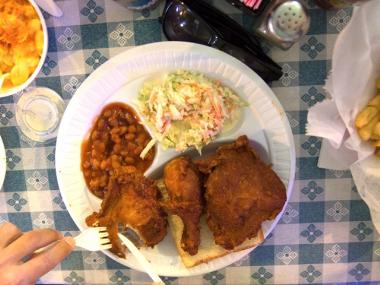