Last week, I had the chance to tour the Old Dominick Distillery. I posted some photos online and told a few people about my visit. The most common question I got was "when does it open?"

Y'all, it's open! They opened on May 1, 2017. It's all up to you now. The last time I snooped around over there was when it was still under construction, so it was very cool to see the finished space. The distillery is very pretty. I'm gonna go ahead and say it's beautiful.

I'm not going to give away the whole tour or anything, but I will give you all the information I know. 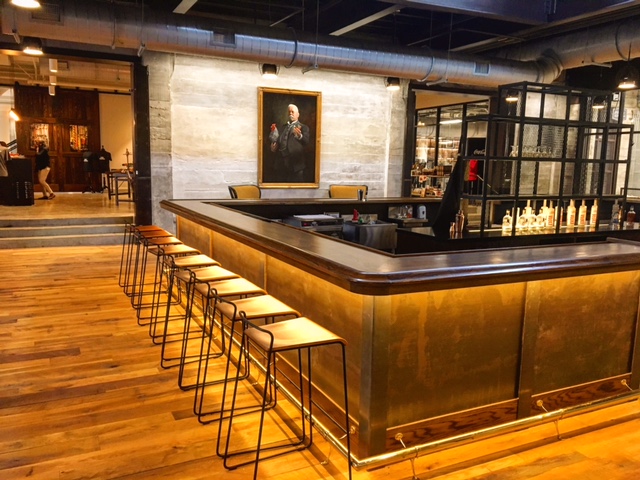 Touring/tasting/hanging out at the distillery.

- The only way to drink liquor onsite currently is to pay for a tour, which includes tasting samples of their three currently available spirits at the end. It's not like a brewery taproom. 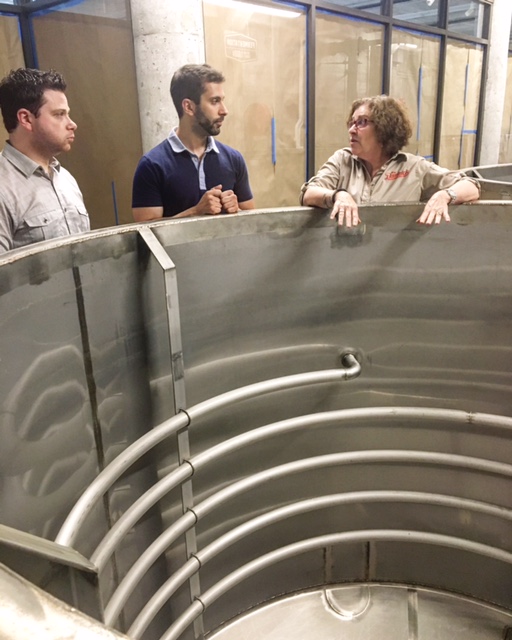 Andrew Kozak (meteorologist at Channel 5) and Nugget (DJ at Q107.5) get the inside scoop on whiskey-makin' from an Old Dominick tour guide.

- Old Dominick offers tours Mon. and Wed. from noon to 3 p.m., Thu. through Sat. from 11 a.m. to 5 p.m., and Sundays from 1 p.m. to 4 p.m. Tours are $12 per person and start every half hour. Kids are allowed on the tour, but obviously they can't imbibe. Call the distillery for exact ages and details.

- The only way to hang out on the rooftop or in the top-floor bar is to attend a private event, like the Project Green Fork Loving Local fundraiser on June 8, which I highly recommend since it's a chance to support an awesome longstanding Memphis non-profit. 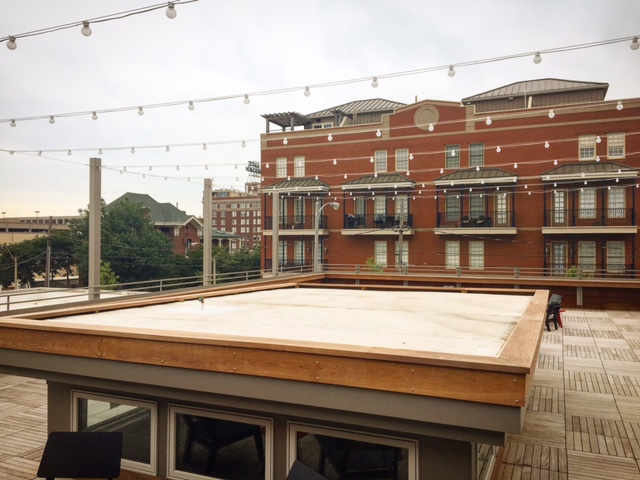 - Some of this might change in the near-ish future, as the distilleries in Tennessee have been working to change laws about what they're allowed to do. I heard they may be able to sell liquor-by-the-drink at some point.

- They do not serve food. (Private events can have catering.)

- If you're hungry,  go across the street to Gus's Fried Chicken or walk to a bunch of other restaurants on South Main. 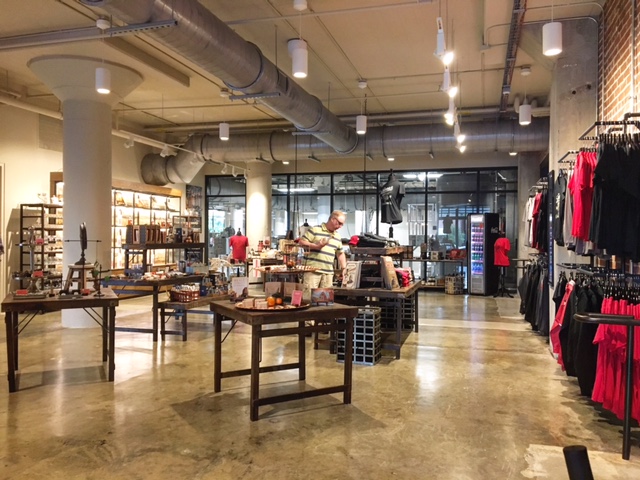 - They have a fancy gift shop with Old Dominick merch. It is not cheap. It is very snazzy, though. Think everything from hoodies, kitchen towels, glasses to mini Moscow mule mugs, cufflinks, leather flasks. 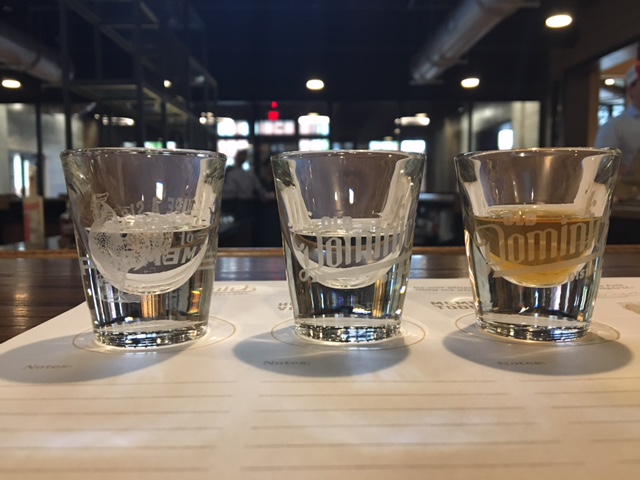 1. A regular vodka. Good stuff. Don't be turned off by iffy Memphis vodkas of the past.

2. A flavored "honey bell" vodka. A honeybell is a fruit that's only available in Florida a few months out of the year. It's a cross between a tangerine and a grapefruit. I will 100% be drinking Old Dominick Honeybell Vodka this summer…with or without a splash of soda. 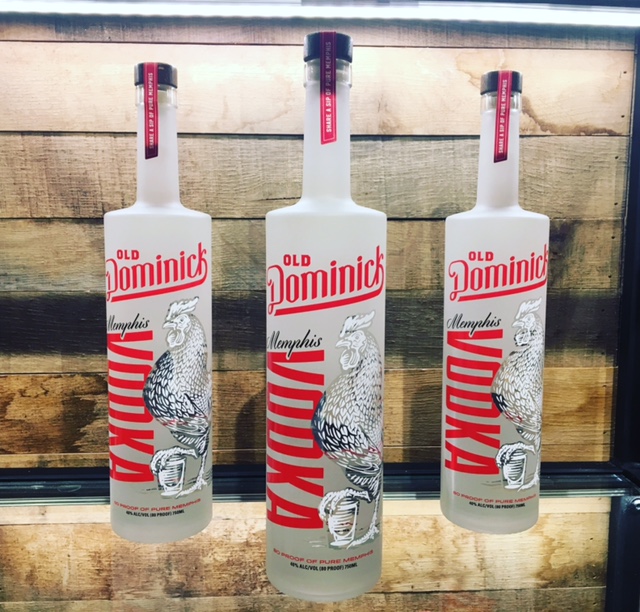 3. A flavored whiskey they're calling a Toddy. It's a long-lost recipe from before Prohibition, made from high-rye whiskey that's been aging somewhere else for a while, plus "citrus, botanicals, and honey". It had some clove or cinnamon or something in it. I liked it and I want it to be added to every cup of apple cider I drink next fall. 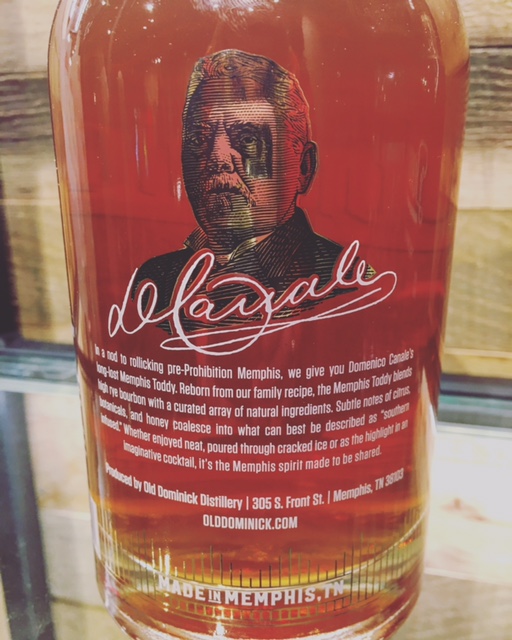 - Their whiskey and bourbon spirits are busy being created and aging. We'll have those in about four years.

Actually kids are allowed and free on the tour-- I double-checked. My plans for Mother's Day!

Thanks Ashley! Private events and catering are already mentioned in the post.

Do you have a general cost for having a private party at Old Dominick? Thinking about hosting an engagement party there during Christmas this year.

Hi Kay - You'll need to contact Old Dominick directly to find out this information. I think it would be a great venue for such an event!