Sun Records premiered on CMT last week (Feb. 23, 2017). If you haven't yet, read my introduction post to this eight-part series. You can also watch full episodes on CMT.com (though you'll have to sit through a lot of ads) or buy it on Amazon.

Here's a quick recap of the first episode "706 Union", then a list of Memphis filming locations you can spot while you watch. I've seen the whole show, but the spoilers that follow are just for the first episode. This review is rated PG.

Sun Records Season 1, Episode 1 Recap
In this episode, we meet many of our key characters. Elvis croons sadly while his dad complains about his sissy hair grease. Sam Phillips goes to a juke joint in Brownsville because He Loves Real Music™ and for some reason drags his annoyed wife and scared kid along. They meet wacky DJ Dewey Phillips, who is probably my favorite character. They become pals and Dewey tells him about this dude called B.B. King.

Sam goes up to his studio aka Memphis Recording Service/Sun Studio and we meet his assistant, Mary. He's got big dreams, but Mary is still putting the place together and all folks want him to record is boring old yickety yack country stuff and funerals.

We meet Johnny Cash on his family's decrepit farm in Arkansas. His dad is super mean and super racist, so Johnny says forget it and joins the Air Force. 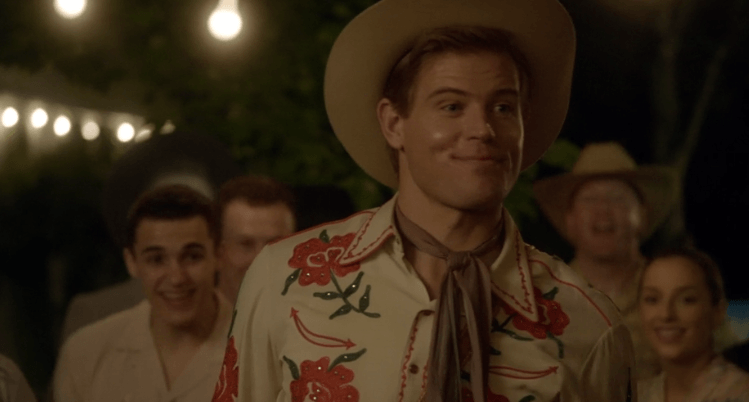 Then, we meet Colonel Tom Parker, known to us in the real world as Elvis's future manager. But in this episode, he's a carnival barker type who refers to himself in the third person and somehow sweet talks himself into being country music singer Eddy Arnold's manager. Mr. Arnold has a fantastic shirt. 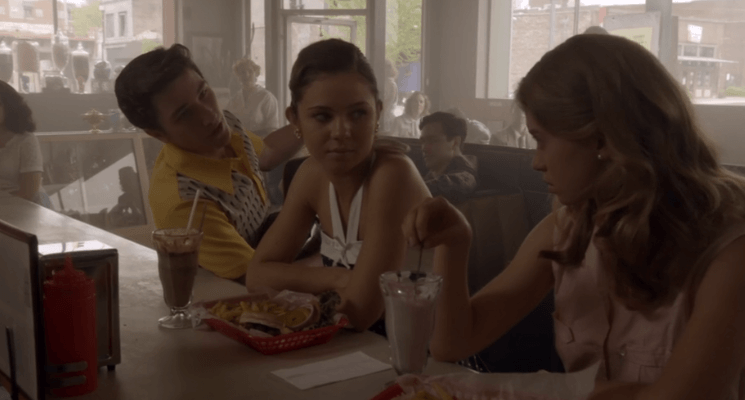 Elvis's teenie bopper girlfriend is ready to get married, like, yesterday, and has no use for Elvis's daydreaming, love of black church music, or dirty book readin'. She's kind of the worst, in the way that so many one dimensional wives and girlfriends are in TV shows. It's not her fault, though. Her parents catch Elvis leaving the black church and she's forbidden to see him, no matter how many love songs he tries to sing her at the Arcade Restaurant.

Back to Mary and Sam: they go to Beale Street, where they are the only white people there (Sam says music doesn't have color) and they find the Joe Hill Lewis aka The Be-Bop Boy and invite him to record. What do you know, but Joe finally provides the elusive "something I've never heard before" sound that Sam is after, which just so happens to be "a booty shaker", which is the best line and the best scene in this first episode. 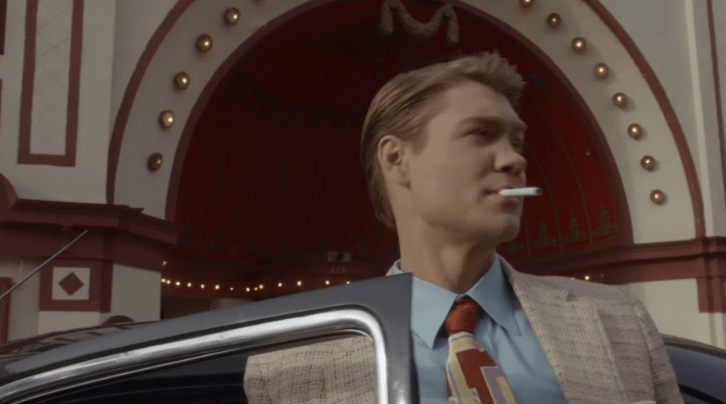 Mary and Sam are so stoked about the BeBop Boy that they decide it's a great time to start up their affair again right there in the studio.

Every time Elvis is on screen, it seems like there's a holy glow around and the surrounding stuff fades away. I imagine that's due to a combination of the actor's looks, his performance, the writing, and the production value, but it's a good thing for the show.

You can read more detailed recaps from the Memphis Flyer and the Commercial Appeal here and here, respectively.

- Trixie's mom mentions Piggly Wiggly, which as you hopefully know, was the first self-serve grocery store in the U.S. and was started in Memphis.
- The juggling clown in the carnival scene is Larry Clark, a real-deal professional clown, magician, Memphian, and all around awesome dude.
- When Sam visits Dewey in the WHBQ studio, they throw out some Memphis references to the Peabody and Beale Street. 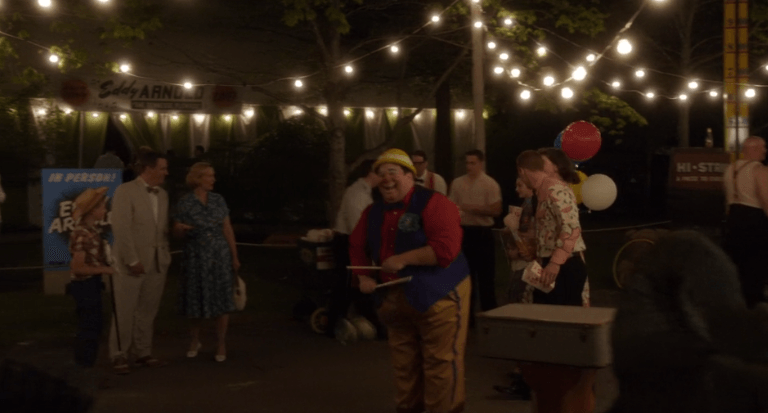 Most of Sun Records was filmed in and around Memphis. You'll probably recognize Memphis scenes and streets throughout the first episode, and I don't have every single one listed here. These are just the major ones in the order that they appear. 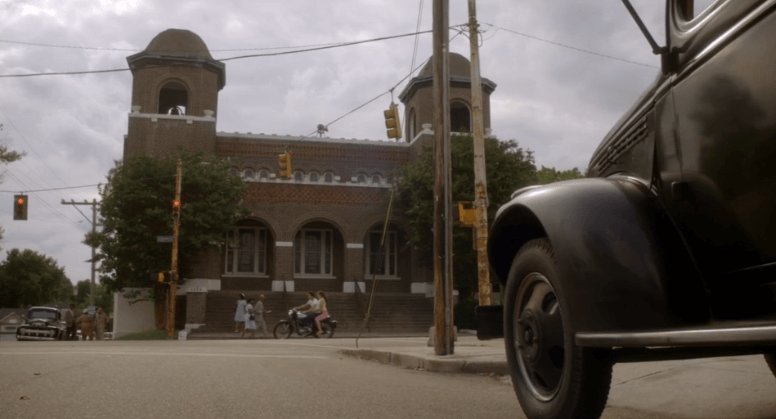 - The black church where Elvis takes Trixie (and where her parents catch him later) is the former Galloway Church in Cooper Young.

- Memphis Recording Studio (home of Sun Records) was not filmed at the actual Sun Studio, but rather in an abandoned building just south of FedExForum and Clayborn Temple, at the intersection of Hernando and Vance.

- The "Red Bay, Alabama" carnival scene was filmed in the Once Upon A Farm/kiddie ride section of the Memphis Zoo.

- When Colonel Parker bribes the kid to put up posters, that scene was filmed near Front St. and Union Ave. downtown and you can recognize all the buildings.

- Colonel Parker talks to a shopkeeper and we're all pretty sure that was filmed inside A. Schwab.

- When Sam and Mary go down to Beale Street, you can see several recognizable exteriors: both the Old Daisy and New Daisy theaters, Silky O'Sullivan's. The bar interior where they meet the BeBop Boy is inside Silky's, too.

- Elvis sings Trixie "The Tennessee Waltz" inside The Arcade Restaurant. He should have bought her some pancakes or a milkshake or something, though, because she's not impressed.

Sun Records airs on CMT on Thursdays at 9 p.m. CST.

Great recap of episode 1. I saw some of the Memphis scenes you mentioned but missed a lot, or didn't realize the location. I am going to watch it again to see if I can catch everything. Looking forward to tonight's episode, and your next recap.