I've mentioned it a few times over the last few months, but today's the day! Horray!

Today, we get to take down the old "Memphis: home of the South's second best barbecue" and replace it with a new billboard that features the I Love Memphis tagline in six languages. It will be put up on the east side of Wet Willy's (209 Beale Street) today (April 5) at approximately 10 a.m. It basically functions like a

If you're free, head down there after 10 a.m. today or swing by on your lunch break to take some photos - I may be out there off and on with some ILM swag.

I know we have a huge number international visitors each year, and I know that most of them stop on Beale street - what better way to welcome them? The languages you'll see are German, Spanish, Portuguese, Japanese, French and Russian.

The background of the mural design is made up of icons that represent Memphis. How many can you find? (Hint: the ILM logo heart is hidden in there somewhere). Special thanks to the folks at the CVB who made this possible, as well as the designers at S2N for the artwork.

Here's the before (boo). 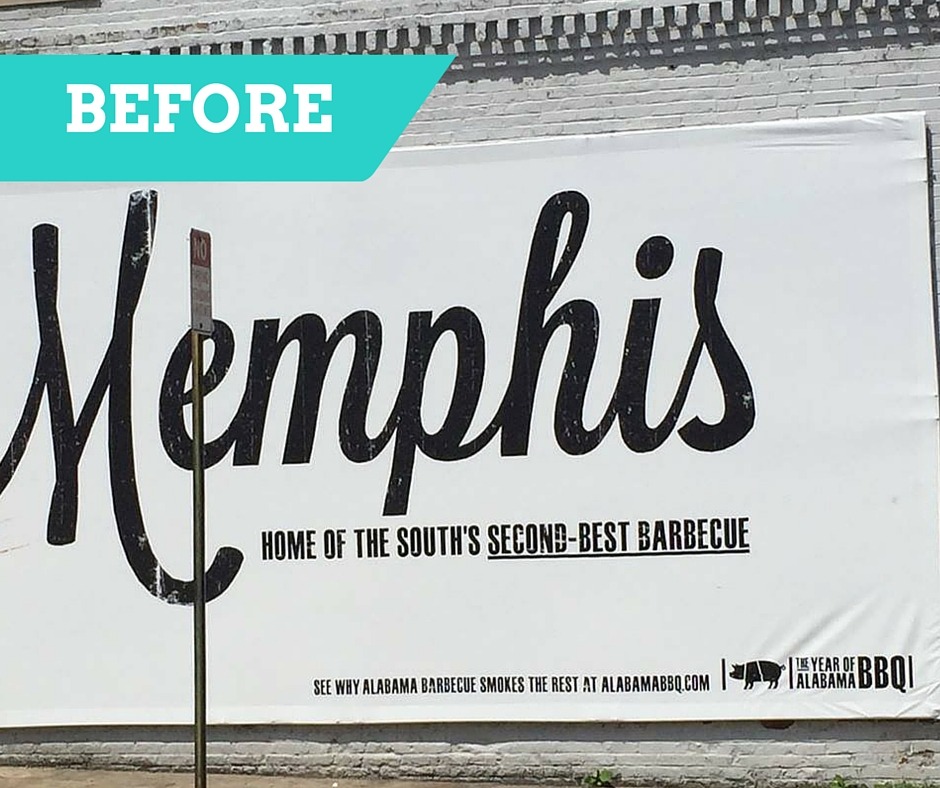 So much better!!! Good work. Love it.

Second best ? Where the hell did that come from and who the heck would put that on a billboard?

An Alabama tourism group purchased that billboard space and put it up last year. I believe it was a part of their "Alabama Barbecue" campaign. I'm sure it was meant in good fun, but I personally think this new billboard better reflects the hospitality of Memphis and Beale Street.

Glad that horrible sign is gone! Not home to the second best anything!