Bragging Rights: 11 Reasons To Be Proud of Memphis

Bragging Rights: 11 Reasons To Be Proud of Memphis

It's time for another roundup of national accolades and reasons to be proud of Memphis. A couple of these I've included in past Bragging Rights posts, but now we have an awesome infographic. 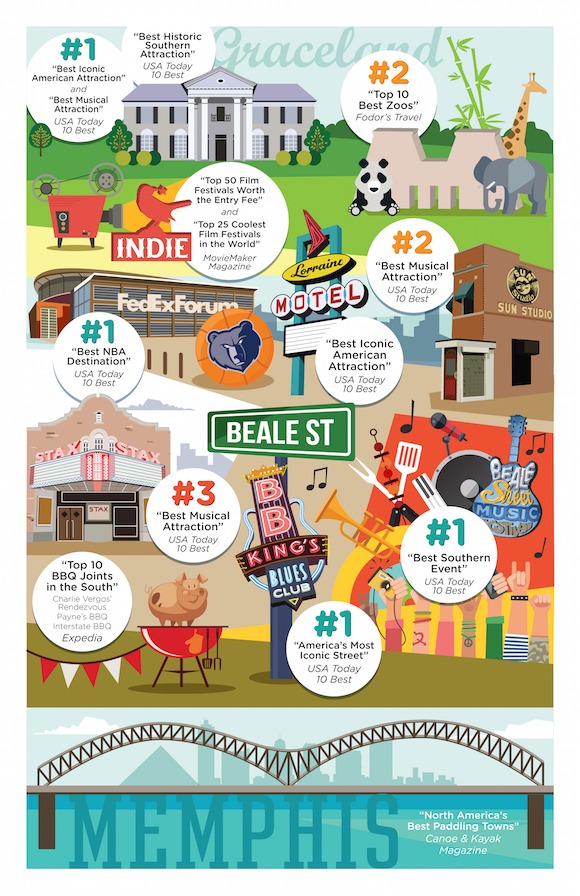 Image courtesy of MemphisTravel.com. If you share, please include that image credit.

2. Memphis Zoo is one of America’s 10 Best Zoos according to Fodor’s Travel.

6. Memphis (home of the Memphis Grizzlies) was named as the “Best NBA Destination” by USA TODAY 10Best.

Sure, quite a few of these are from similar sources, but it's nice to have a visual to go along with it. In a couple of weeks, I'll have a new list. In the meantime, you can also check out this Thrillist article.

[…] I Love Memphis Blog just shared 11 Reasons To Be Proud of Memphis, and we wanted to share the list as well because we are quite proud of Memphis and the progress in the city over the last few years. We share weddings from all over Tennessee, Mississippi, and Arkansas, but we will always have a special place in our hearts for Memphis. […]