Drink All The Beer & Eat All the Cheese at Hammer & Ale

Drink All The Beer & Eat All the Cheese at Hammer & Ale

When The Growler opened last year in Cooper Young, it functioned as a growler-filling station where you could also hang out and have a pint. There was a plan for adding a food menu, and now those plans have come to fruition along with a rebrand. 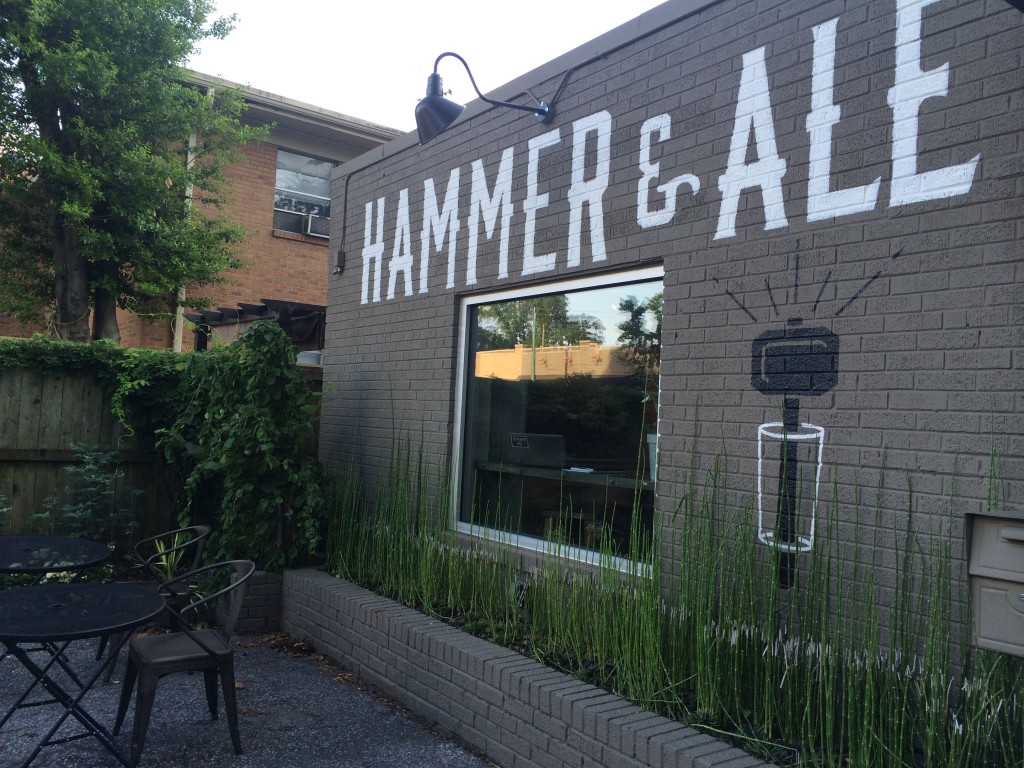 Say goodbye to "The Growler" and say hello to Hammer & Ale. I stopped by a few weeks ago with my friend Nic to try it out. It's a small gray building on Cooper across the street from Tsunami. It mostly looks the same inside as it did before, but the outside has a fresh paint job. 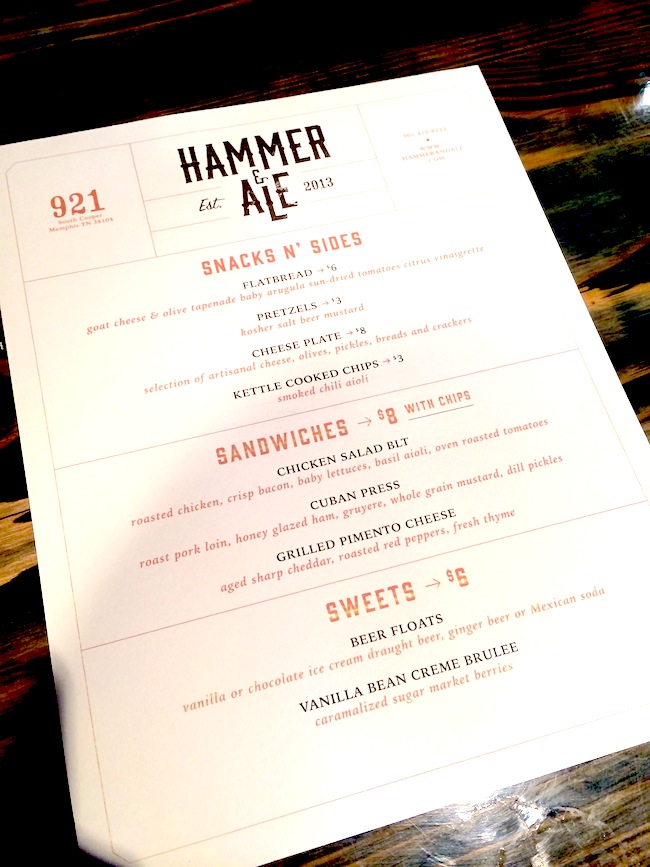 Just as before, you order your beer and food at the counter and pay there. Or you can open a tab. The food menu has just nine items on it: snacks like pretzels and chips, a couple of sandwiches, and some desserts, including a beer float. There are 24 beers on tap; all of the local breweries are represented plus regional and national brews. 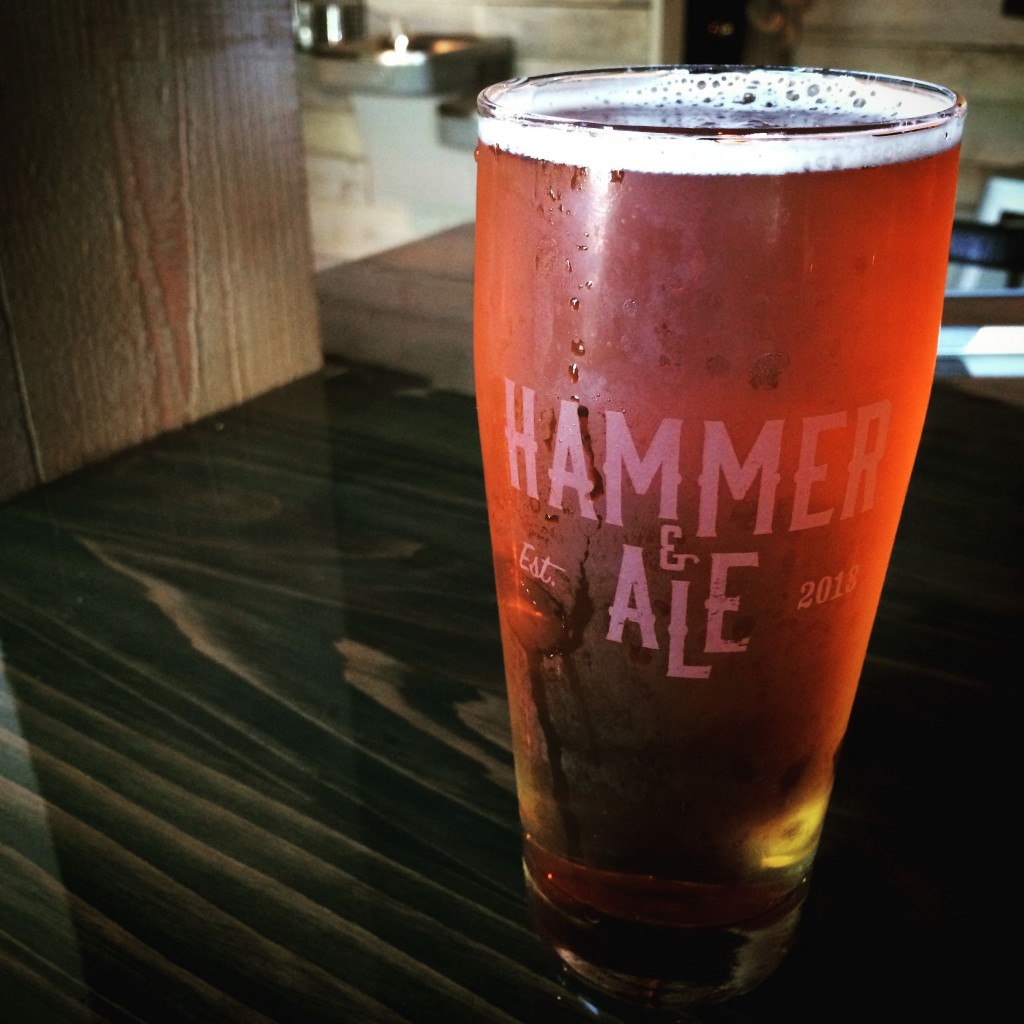 I never say no to a cheese plate, so Nic and I ordered that, a pimento cheese sandwich, and a couple of beers. It only took a few minutes before they brought us our plates to the high-top community table where we were sitting. 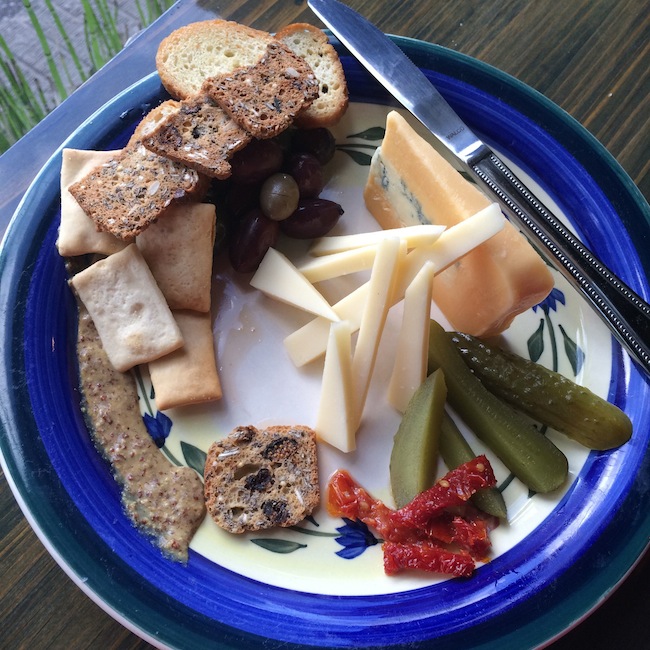 Though there were just two kinds of cheese, the portions were plentiful with lots of crackers and accoutrements (pickles, olives, mustard) so it seemed like a good deal for $8. I have no idea if a sophisticated turophile would be impressed with the selection, but as someone loves cheese and happily tries every sharp, creamy, or funky cheese I can find, I was. 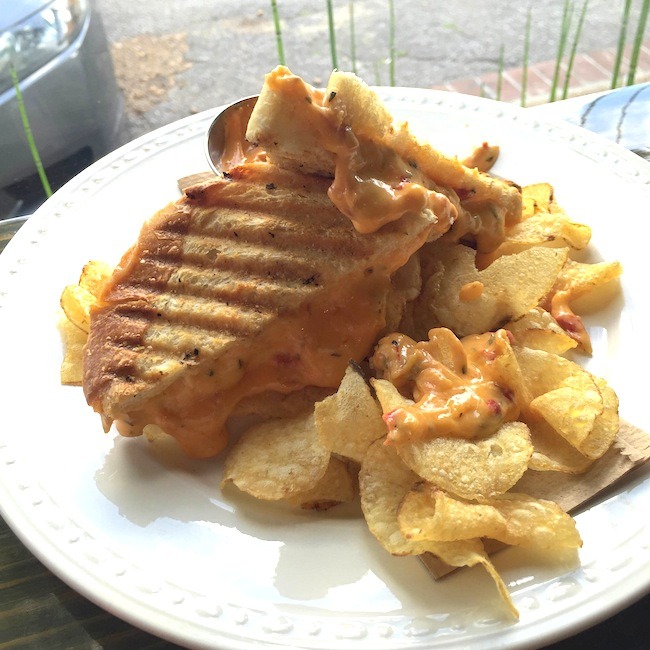 The grilled pimento cheese sandwich consisted of toasty bread filled with a generous portion of gooey, tangy, fresh pimento cheese. It came with kettle cooked chips, which were solid, and some kind of tasty dipping sauce. The sandwich received great reviews from both Nic and me, will order again.

I'm a fan of Hammer & Ale for three reasons. First, it's a place where it really feels OK to sit and drink beer and work on your laptop. Second, the food is solid, simple, and relatively inexpensive. While there are things to share, get this: it's not tapas!

Third, it's a versatile location with a casual cafe feel, more coffee house than bar. This means it's good for first dates, casual business or project meetings, or a gathering of friends looking for a pregaming drink and snack on their patio. The folks who work there are friendly and relaxed as well. 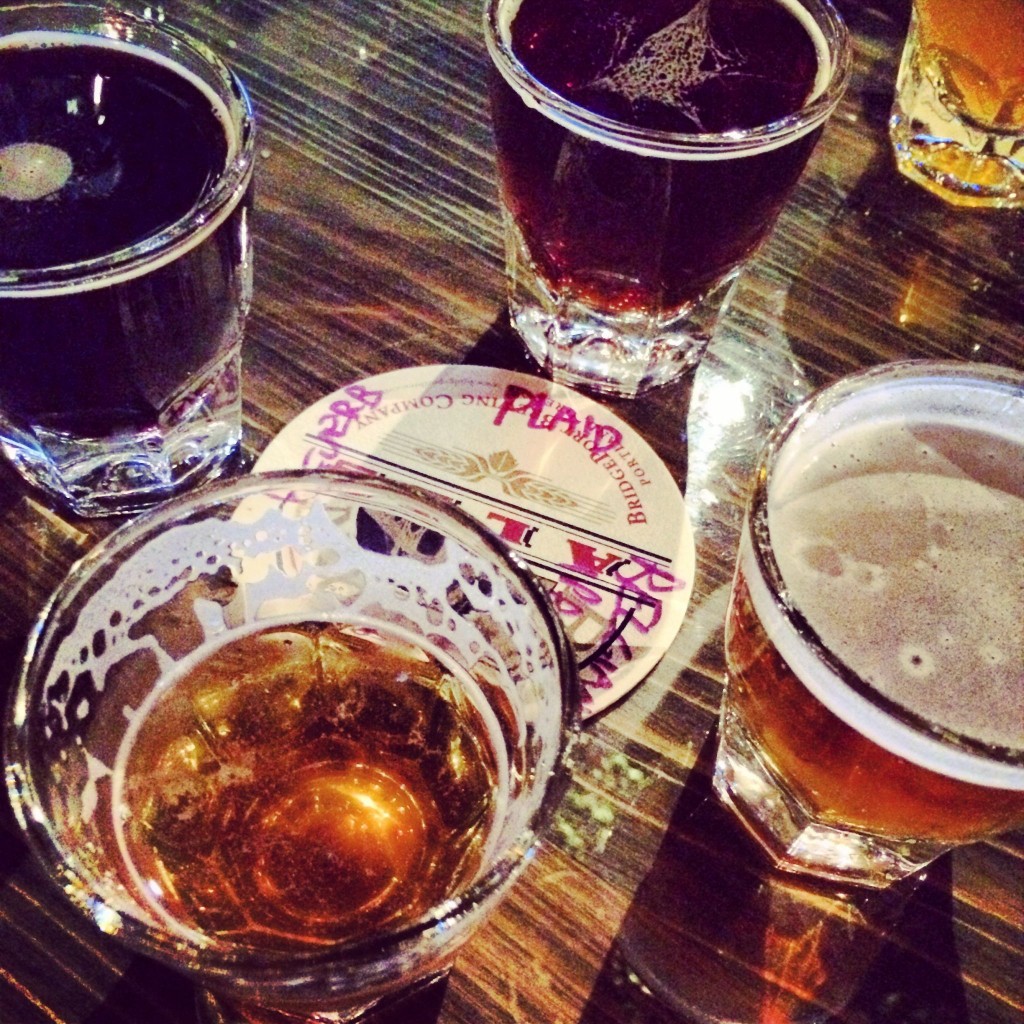 A beer flight from another night

You can still do the beer flights, buy and fill growers (and any other oddly-named beer containers folks come up with next) in addition to ordering food and beers to enjoy on the premises. Hammer & Ale does not accept cash.

Hammer and Ale is open Tuesdays through Thursdays from 2 p.m. to 9 p.m., Fridays and Saturdays from 11 a.m. to 10 p.m., and Sundays from 1 p.m. to 6 p.m. They have street parking and a couple of lot spaces; they're ADA accessible and there's a small patio. As you can see from the menu at the top of the post, there are several kid- and vegetarian-friendly items on the food menu.

Cool! Looks like a good place to go on 'do whatever you want day'  :)