Merry Grizzmas, Memphis! Today is the first regular season game on our beloved Memphis Grizzlies' schedule. We play the Minnesota Timberwolves at 7 p.m. at FedExForum. 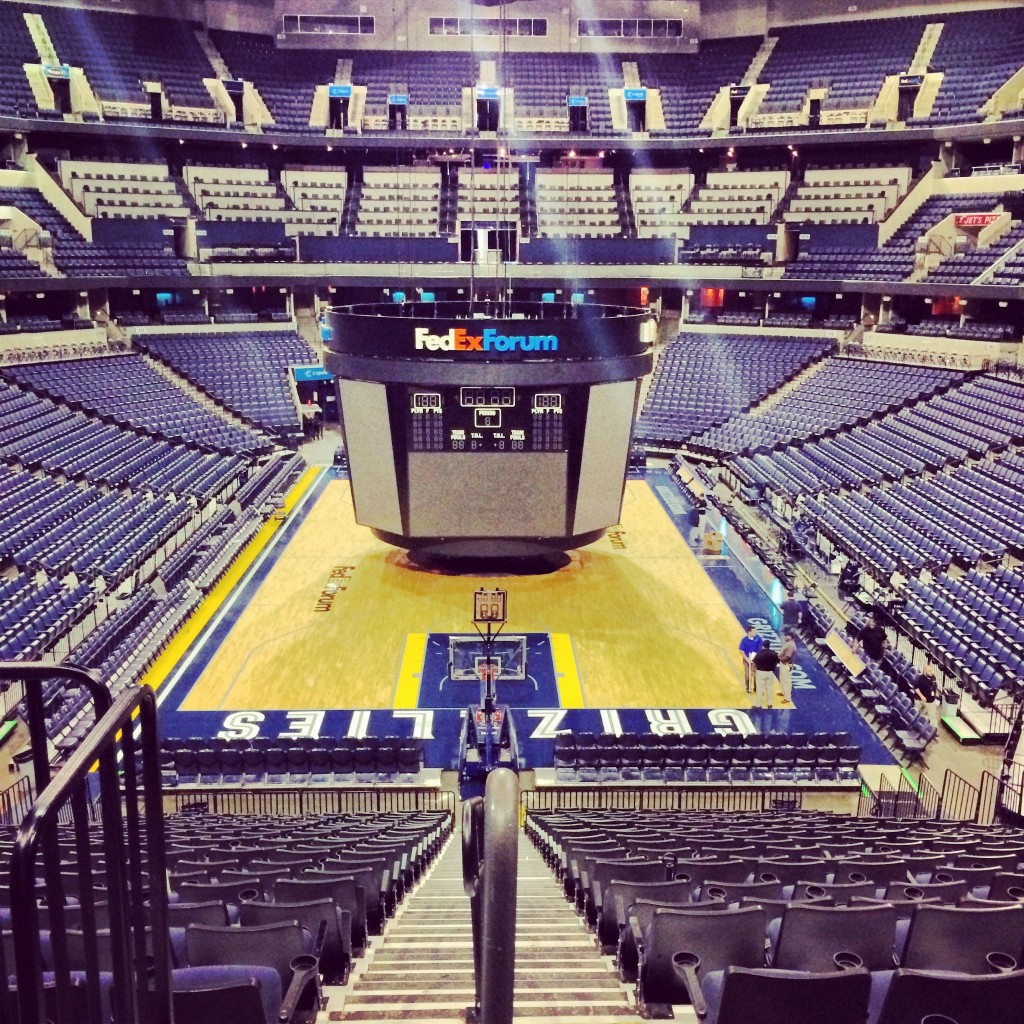 Empty, but not for long.

With the help of local bloggers from Grizzly Bear Blues (henceforth referred to as GBB) I've updated the Fan Guide to the Grizzlies for the 2014 - 2015 Season.

1. Who are our players? Here are a few players you're likely to hear about, with links to player profiles if you want to learn more. 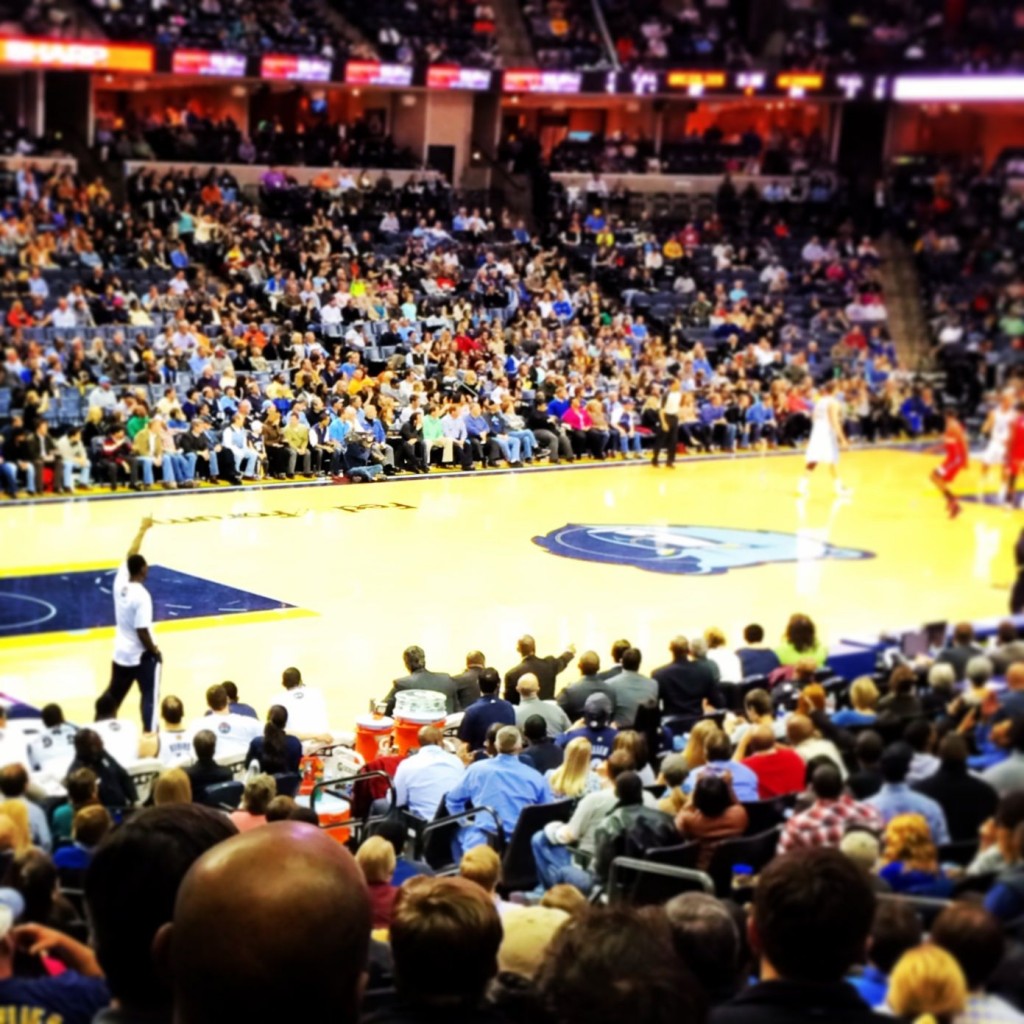 #11 Mike Conley  Mike is our trusty point guard. Read more about Mike on GBB.
#33 Marc Gasol Marc is from Spain, and he went to high school in Memphis. He's the NBA's 2013 Defensive Player of the Year. Nickname: "Big Spain". Read more about Marc on GBB.
#50 Zach Randolph Zach is an NBA All-Star, a big guy who's known to have a bit of a temper and a lot of heart. Nickname: "ZBo" . Read more about ZBo on GBB.
#15 Vince Carter The Grizz acquired this dunking legend this summer. Associated phrases "Vinsanity". Read more about Vince on GBB.
#9 Tony Allen You may know T.A. from his Twitter account or from his "Grit and Grind" defensive playing style, a phrase that he coined that now defines a whole city. Nickname: "The Grindfather" or "T.A." Read more about Tony on GBB.
#20 Quincy Pondexter Though he was out much of last year due to injury, we have high hopes for this guard. Nickname: "Q-Pon" . Read more about Quincy on GBB
#19 Beno Udrih What he lacks in minutes, he makes up for in enthusiasm. If you need a dose of pro-Memphis positivity, follow Beno on Twitter @BenoUdrih1. Read more about Beno on GBB

Check out the rest of the Player Previews on Grizzly Bear Blues here.

2. How much does it cost to go to games? I hate to give even a ballpark amount, because prices vary wildly, but if I must... 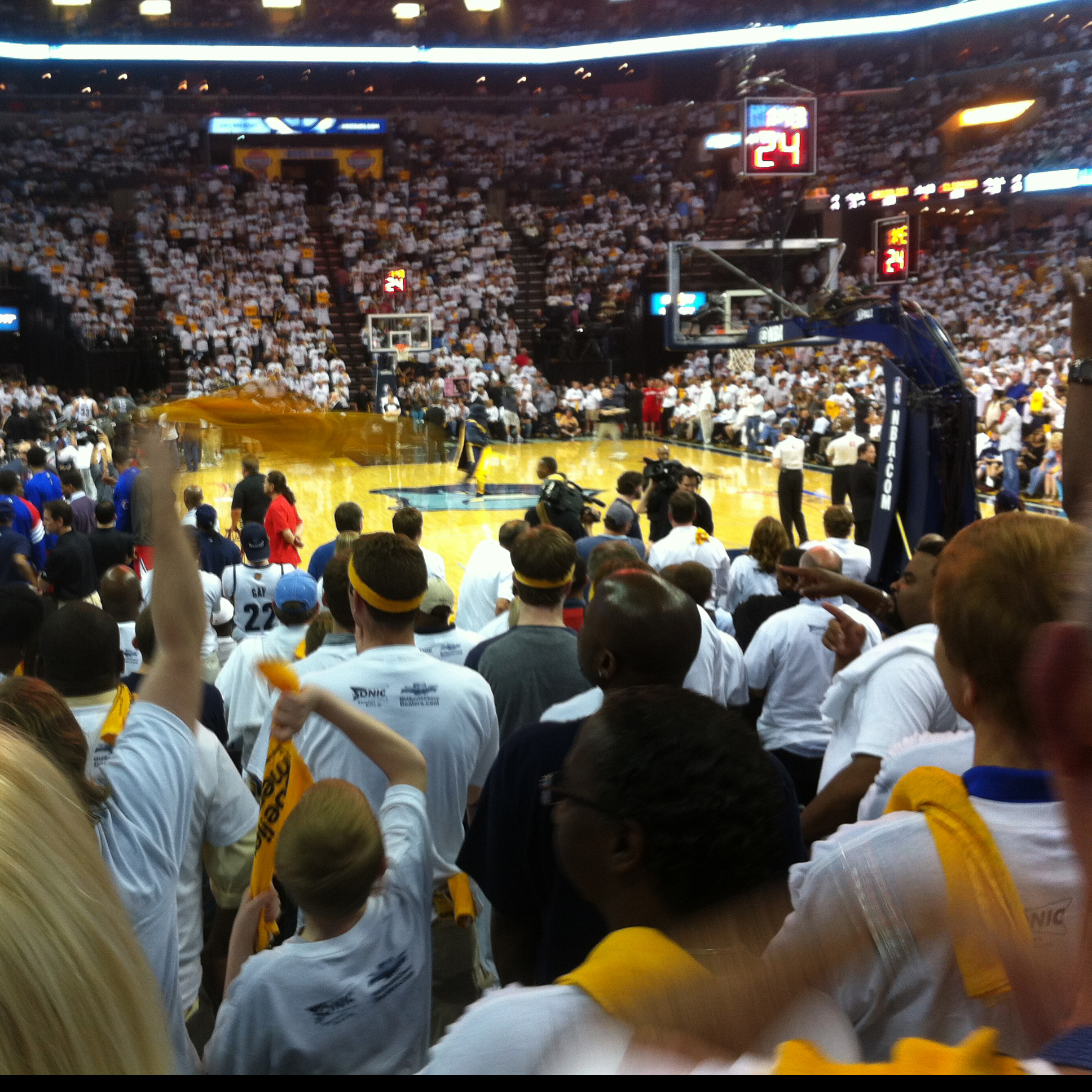 Tickets through FedExForum are here, including season tickets, which are a great deal if you plan on going to several games.

If you want to see a list of top games or learn how to do a ticket lottery with friends (let's face it, most of us can't afford season tickets all for ourselves) this article will definitely help.

3. Where do I watch the games if I'm not going to FedExForum? If you want to go out to watch the game, you have plenty of options. Here are just a few: 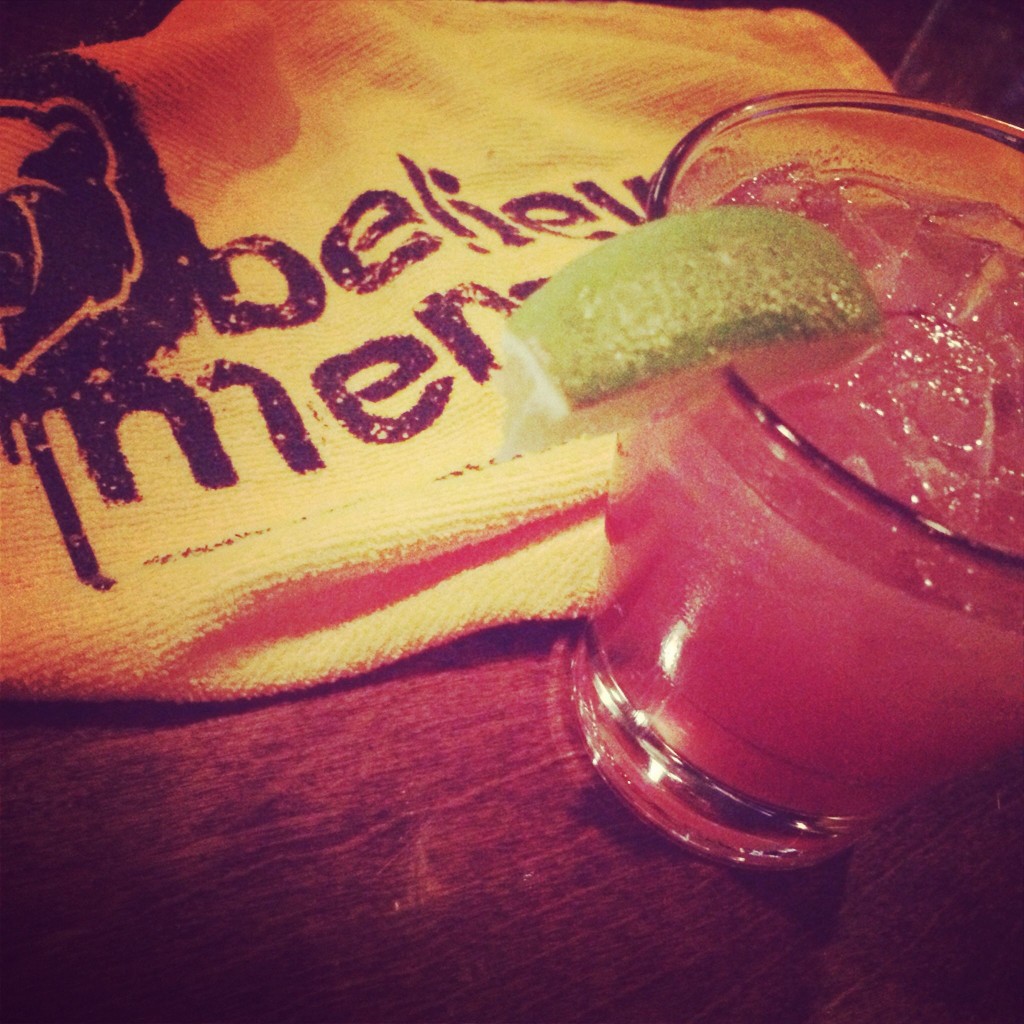 If you have any suggestions or information on good places to watch the game, drop me a line and I'll make a bigger post about this because I know there are a ton more. Info on Official Grizz Watch Parties is on the way, too.

You can listen to all the Grizzlies games on the radio at 92.9FM, or look at the schedule here, which also lists when and where you can catch the games on TV.

4. Where can I get Grizzlies gear? The official store is the Grizzlies Den in the FedExForum lobby or online. If you're looking for one of those clever t-shirts, try Sache downtown, or online shops Hoop City, Memphicity Design, Memphis Threat, and Hieroglyph. 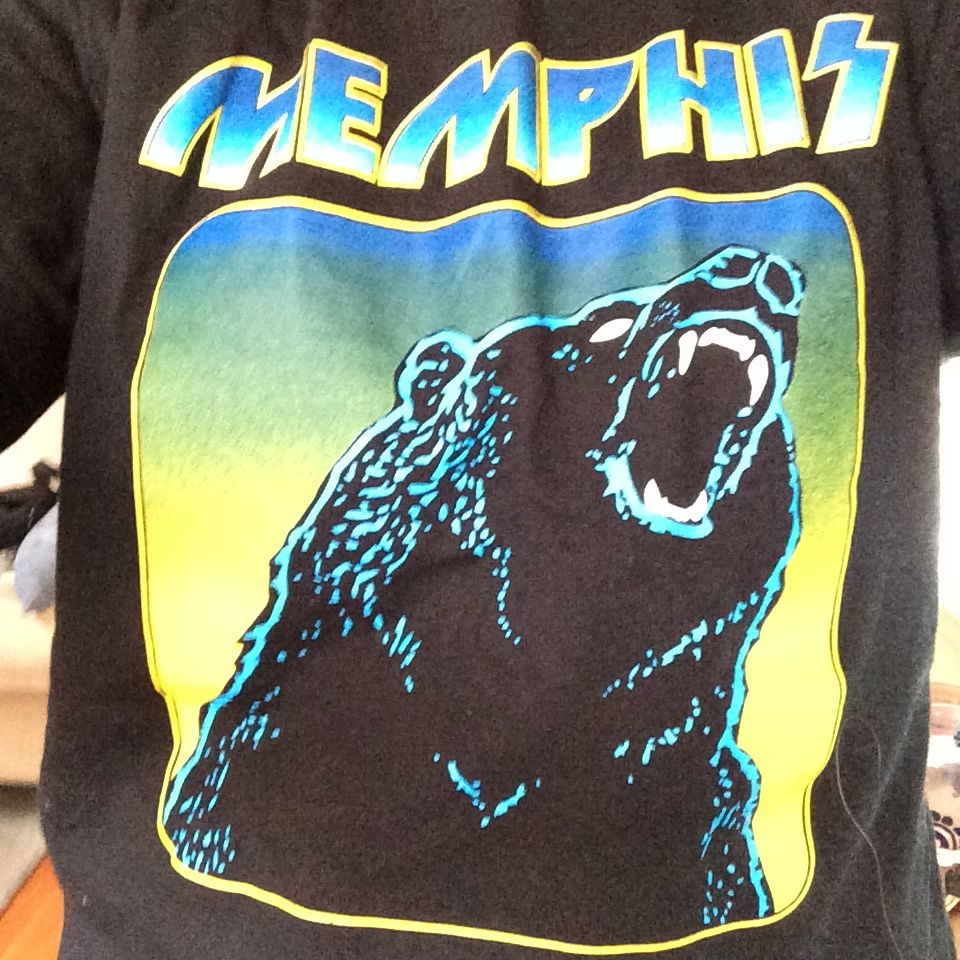 One of my favorite Grizz shirts, from Memphis Threat.

However, we all know that the very best swag like this camo hat goes to first fans at select games. You can see the full schedule of all the giveaways here.

Chiwawa will play games on the patio sometimes, projecting it onto the side of the building.  One of my favorite ways to watch the game.

Thanks, Holly!  Loving the list of giveaways! Some of them are fancy!!

Lauren, yeah the really got creative this year! I can't stop laughing at the Flip Flops...

Love that I saw the I Love Memphis blog sign during the Grizz game!!! Awesome!! Keep up the good work!!

Thanks so much! So happy to be on the sign :-D