Behind the Scenes at High Cotton's New Taproom

Behind the Scenes at High Cotton's New Taproom

Get ready Memphis - there's another hot spot brewing in the Edge District. High Cotton brewery opens it's taproom on Monroe Avenue on June 14, 2014. I stopped by a few days ago, and was able to get the scoop on the history of the location, and how this local brewery transformed the space. 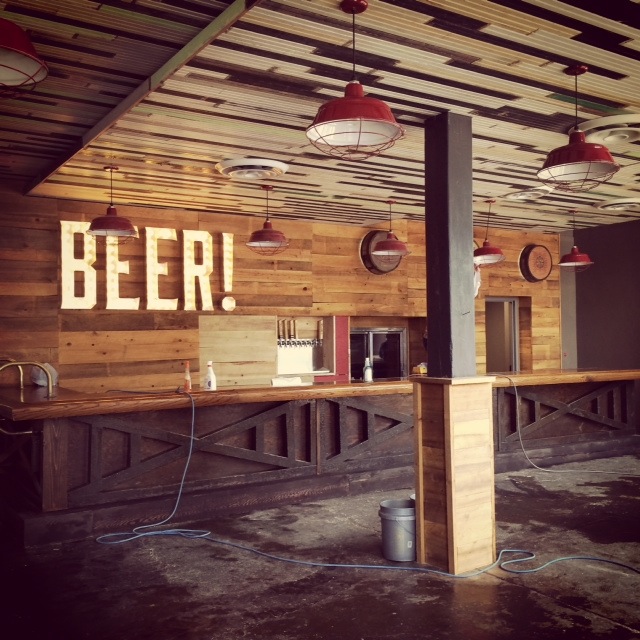 Graham Reese is the interior designer for the project. He told me that the High Cotton team sees the taproom as a possible cornerstone of the growing neighborhood. Here's what else he said:

"High Cotton has been working out of here for a while, and they always wanted it to be vintage looking and barn-like. The bar is from the old Butcher Shop location; it's been reconfigured. We had to put in new restrooms, a new walk-in cooler, and a new office area. So now it actually functions as a tasting room and it meets all ADA codes. We kept the facade pretty much as it was, but we found old vintage doors to replace the existing doors. For the ceiling in the tasting room, I did layerings of reclaimed wood." 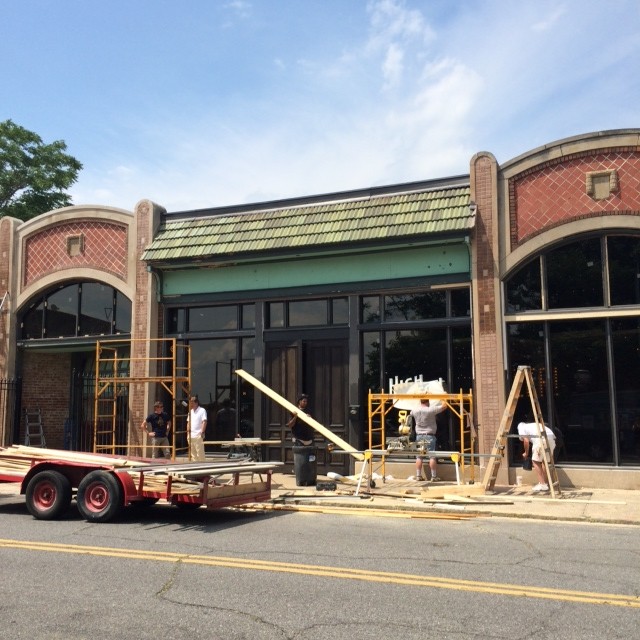 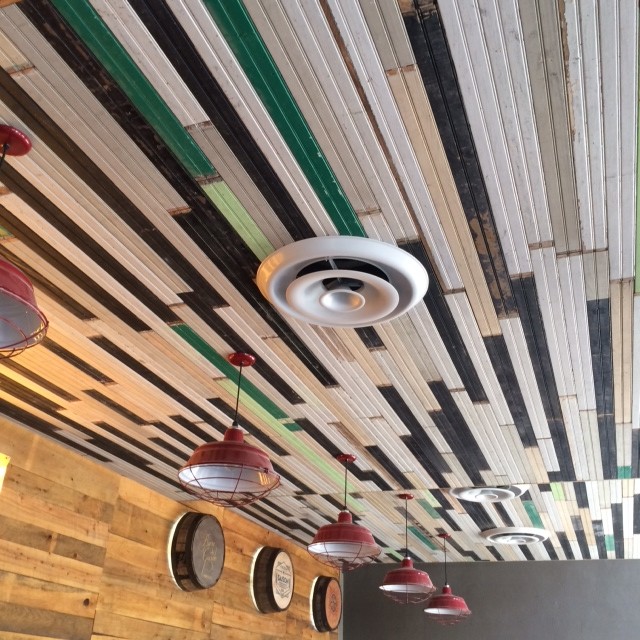 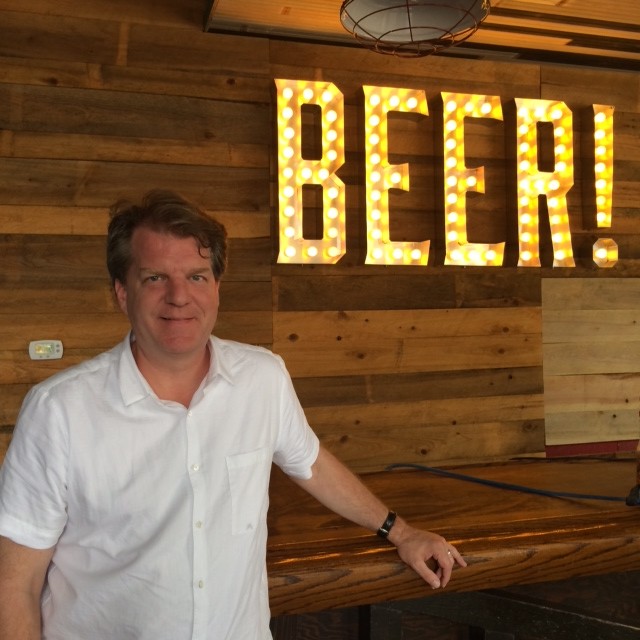 Here's Graham, posing for one of the first of millions of photos that will be taken in front of this sign. 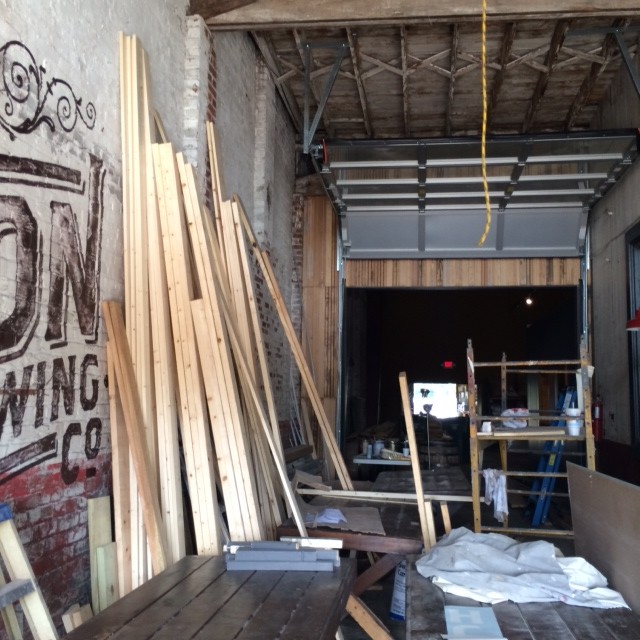 This space is now a fully-functioning patio.

Ross Avery is one of the founders of High Cotton. Here is what he said when I asked him about the history of the building:

"What we hear from the historians, and from sitting at [Kudzu's] across the street, is that this used to be a carriage house for Victorian Village. They used to keep their horses here. We don't know what happened to it in the 20s and 30s, but in the early 40s it turned into a car dealership. This whole row used to be called Gasoline Alley. There were car dealerships all around. Then this building was a bunch of different things. I think it was a lighting warehouse at one point. When we bought it, it was actually a recording studio. We fell in love with the facade." 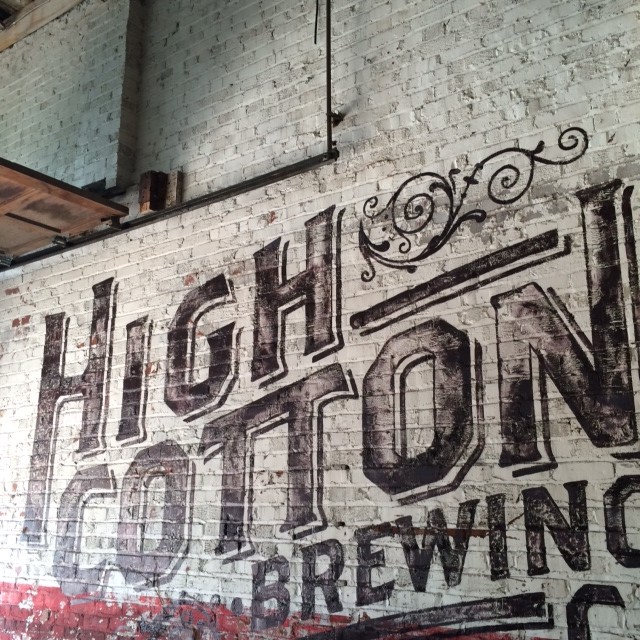 The opening party is today from 4 p.m. to 10 p.m. and will be credit card only. There will be no growler sales today. Dead Soliders will play later in the evening, and there will be a food truck or two. You can park on the street or in the parking lot next to Kudzu's. Prepare yourself for crowds and bring a bit of patience.

Here are a few photos from the opening night party.

High Cotton's regular hours are Thursdays 4 p.m. - 8 p.m., Fridays 4 p.m. - 9 p.m., and Saturdays 2 p.m. - 10 p.m. Parking is available on the streets nearby and there are a few spaces in the parking lot across the street (next to Kudzu's). The taproom has indoor and outdoor seating, about eight beers on tap, and is ADA accessible.