Toddlers Descend Upon A. Schwab on Beale Street

Toddlers Descend Upon A. Schwab on Beale Street

(Ed. Note: An alternate title for this post is "Small Children Celebrate the Rich History of Beale Street By Consuming Large Amounts of Sugar".)

Memphis parents Shauna and Jeremy Bateman brought Quinn (age 3) and Oliver (almost 2) downtown to the A. Schwab store on Beale Street to meet up with me and my boss, Bob. Our mission: to conduct an unbiased taste test of treats at the store's new soda fountain.

Under its newish ownership, A. Schwab still has a quirky, hodgepodge atmosphere, but it's cleaner, more organized. 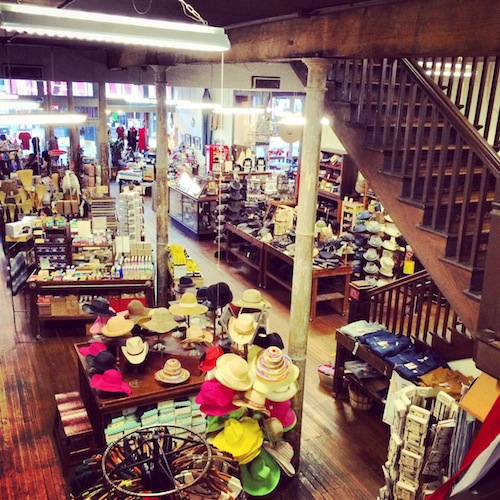 In the soda fountain area on the first floor, you can sit on stools at the long marble countertop or at a table by the big front windows (you order at the counter, though). 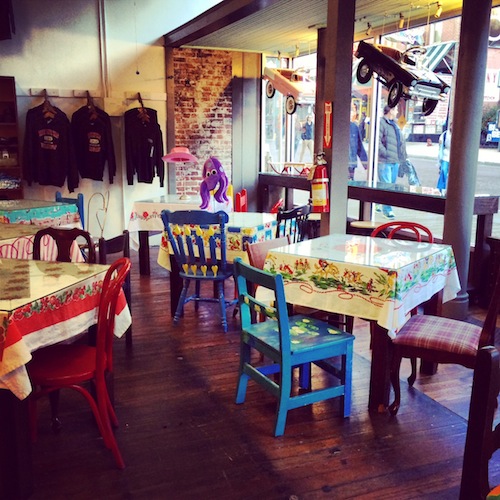 We ordered two vanilla shakes ($5.99 each), a strawberry ginger phosphate ($4.48), and a Memphis Minnie sundae ($5.98). Margaux made our milkshakes in giant mint-green mixers. She handed the kids two big glasses filled to the brim with milkshake and "garnished" with thick red and white striped straws. 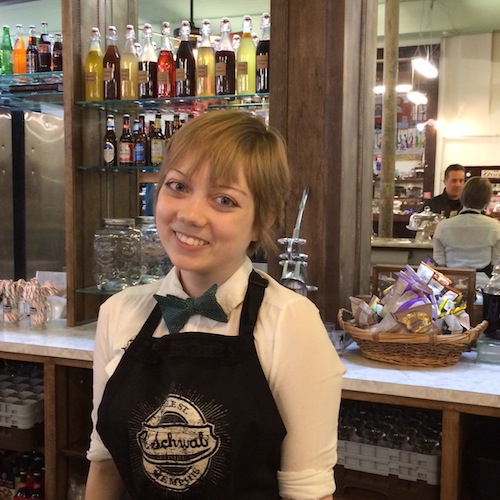 Quinn and Oliver seemed startled by the coldness (does a toddler know what brain freeze is?) but soon they were slurping up the vanilla malts like champs. So far, so good. The grownups got a taste, too, and we all agreed the shakes are A+. 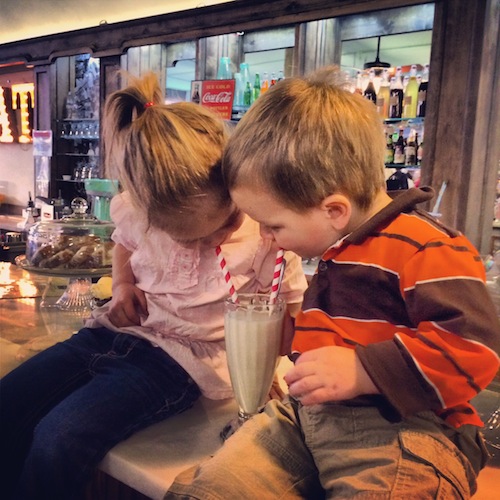 Even Sonic straws are wimps compared to the straws at A. Schwab's.

Next came the phosphate, which is flavored soda with a tonic-like additive that is tradtionally thought to increase fizz, calm nerves, and soothe stomachs. Margaux made our phosphate with sliced strawberries and house-made ginger ale. Oliver took one sip and his puckered face said it all: this had way too much bite for him. Quinn was uninterested, so we were one for two, treat-wise. I grabbed a straw and took a swig--it was sweet and refreshing, but not life-changing. 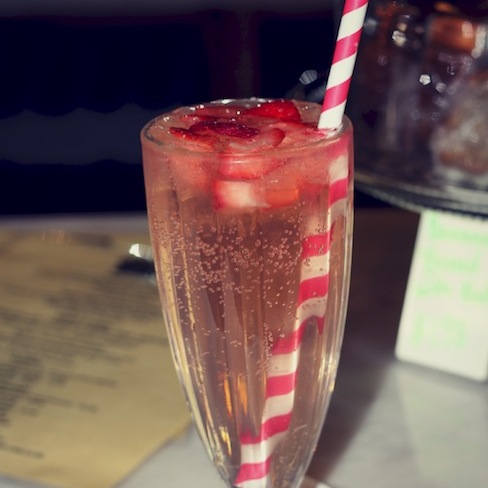 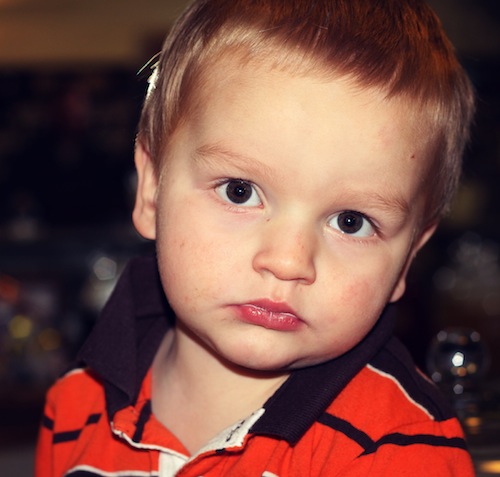 We had the Memphis Minnie sundae next. There was only one person behind the counter, and there were a few people waiting by now, though no one seemed to mind too much. It's not a grab-and-go situation. The Memphis Minnie is a homemade brownie topped with ice cream and chocolate sauce. The presentation was cute enough, even if the idea was very basic. Oliver and Quinn seemed a bit overwhelmed by how to eat the sundae, mostly because they are still learning about spoons. It was very entertaining to watch. 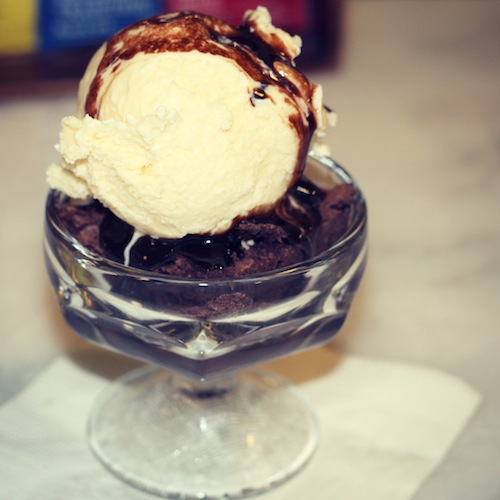 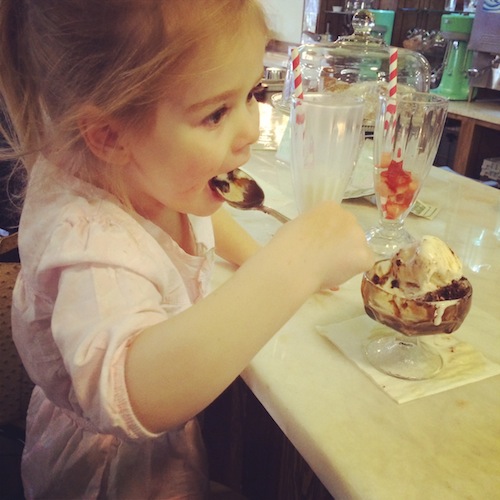 At this point, the sugar kicked in. Oliver started showing off his dance moves and wanted to explore the toddler-sized airplane for sale on a nearby table. Quinn ran up and down the aisle, trying on silly hats. She eventually came back for more sundae though, and almost finished off the Memphis Minnie single-handedly. I say that's a sign of approval. In the end, two out of three treats were winners.

Go to A. Schwab for a change of scenery, a milkshake, or for browsing their various and sundry goods, i.e., magic potions (Jinx Remover Oil, anyone?), old-fashioned toys, cast iron skillets, and silly and serious hats. It's obviously a very kid-friendly place, though I noticed they have a modest beer selection and some food. Keep in mind that you're paying for the experience, the atmosphere, and the history.

Bottom line: it's worth it for an occasional treat/change of scenery if you're a local, and definitely worth it if you're visiting, especially with kids.

Hats off again to Shauna and Jeremy for sharing their cute kids with us for the afternoon.

If you want to see more photos from our afternoon at A. Schwab, click here.