Mary Thomas is a pie goddess, and her shop, Family Pie Shop, is the best place to get pie in the Mid-South.

At least, that's what I had heard. So on Friday, after a week of what seemed like nonstop pie-related posting, I picked up my friend Tiffany and we headed west to DeValls Bluff, Arkansas in search of the holy grail of crusted, cream-filled delight. 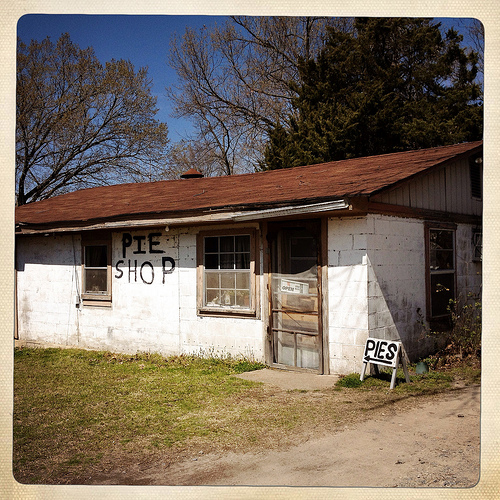 To get to DeValls Bluff, you take I-40 about 90 miles west of Memphis and exit just a little bit past Brinkley. A sign just outside of town notes that, as of the 2010 census, the population of DeValls Bluff is 619 people.

There's not much to the town: a few shops, some run down buildings, a barbecue restaurant, some houses, a beauty salon and one very busy gas station.

One would think that in a place so small, it would be easy to find the pie shop, but it's not. When we stopped at the gas station, Tiffany asked an employee where the pie shop was, and they responded, "which one?". A little bit of internet research (aka, Googling) noted that the pie shop isn't exactly on Main Street like the address says, but rather, in cinderblock shack behind a house on Main Street.

If you're planning to go, take Main Street past the gas station and around the curve. Family Pie Shop is across the street from Craig's Barbecue, behind a house. You can't miss it (once you sort of know where it is). 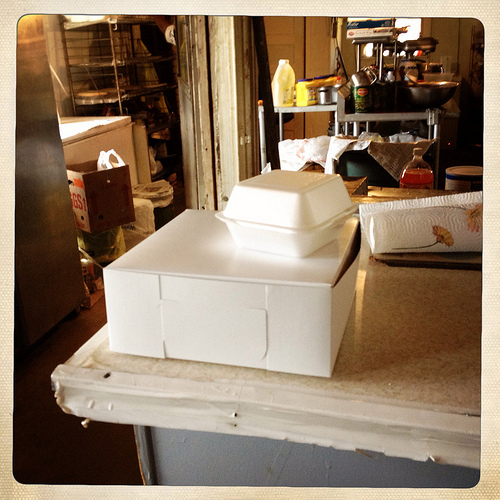 The Family Pie Shop's interior is as unpretentious as its exterior. There's a small dining area with two tables among some clutter. The walls are painted light blue, and it's apparent that the last time the interior was painted, no one bothered to take things off of the walls first, opting instead to paint as close to them as possible, leaving wall clocks and posters ringed with off-white paint haloes. It's unairconditioned, and the screen door slams easily.

The shop's kitchen takes up about 70 percent of the avilable space. There's only one employee, owner Mary Thomas, who opened the shop more than 30 years ago.

Though the hand written menu lists several different varieties of pie (coconut, sweet potato, lemon meringue, etc.) available for purchase either whole or by the slice, don't expect her to have all of them in stock every day. She can do pies by special order, but if you're just planning to stop by, you'll have to play pie roulette. 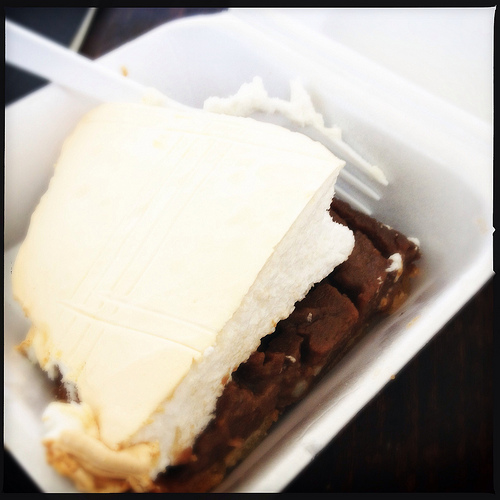 Single slices are $3 and whole pies are a complete bargain at $9. I bought a slice of chocolate and what I thought was a whole coconut pie. When I got home, I realized that she had given me a chocolate pie, but I've got no complaints.

After driving a three hour round trip and reading half a dozen web reviews written in hushed, reverent tones, I had very high hopes for this pie. 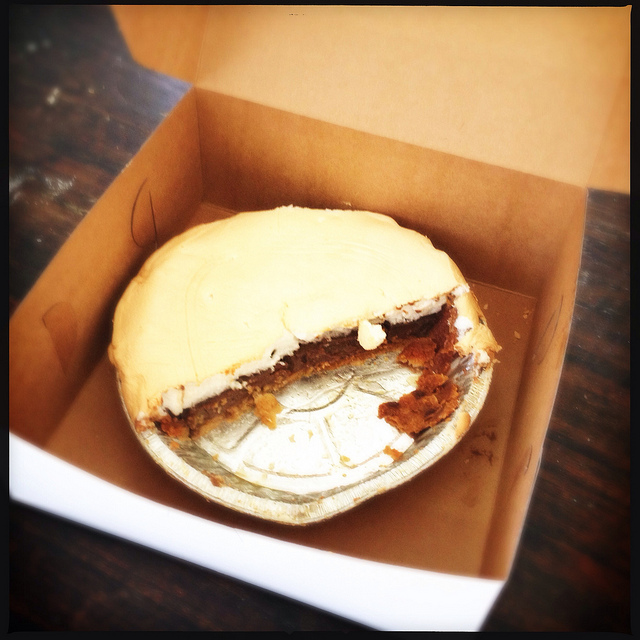 I'm happy to report that it more than lived up. The chocolate filling is velvety and rich, the crust is thin and flaky and the meringue topping was sticky around the edges and light and foamy in the center. Basically, it was perfect.
I would happily drive back for more.

Mary Thomas's Family Pie Shop is located about an hour and a half west of Memphis (and 45 miles east of Little Rock) in DeValls Bluff, Ark. It's open Wednesday - Saturday, but be sure to call first and make sure if you're planning to make a long drive to get there. Bring cash, because that's all Mrs. Thomas accepts.

Been stopping there for years when traveling to Little Rock. Please tell me you stopped at Craig's BBQ also!!! They are famous for their bbq.

my mother's family lived that way- sort of- while I was growing up. I have eaten a lot of that pie and a lot of Craig's BBQ in my time. I hope you did not go all of the way over there and not have BBQ from Craig's

My boyfriend and I went there based on this review. I'm glad we did! It was well worth the drive. The pie selection is limited, but there were a few locals there that encouraged us to go with the coconut and chocolate - both AMAZING. We did go across the street to Craig's for lunch and saw all of the same people from the pie shop picking up BBQ. We will definitely make the trip again.