It's tough to write a restaurant review when your notes on the meal aren't written in real words, but the food at Hog and Hominy was so good that my thought process (and my notes) were reduced to a series of "holy crap" and "OMG". 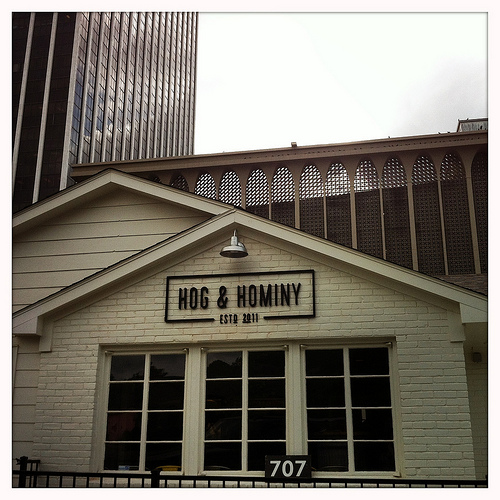 Hog and Hominy is the brainchild of Andy Ticer and Michael Hudman, whose first restaurant, Andrew Michael Italian Kitchen, is located right across the street. The two restaurants are very different - where AMIK is more formal, Hog and Hominy is more relaxed and casual. The menu is laid back, loaded with sandwiches, pizzas and vegetables. What stays the same, though, is the quality of the food and service, both of which are excactly what Memphians have come to expect from two of their most renown chefs.

Hudman and Ticer have spent months transforming a former house into a viable restaurant space, knocking walls down to create a large, sunny dining room and using the bricks from the original chimney for the new pizza oven. With its white walls, brightly colored metal chairs and wooden tables, Hog and Hominy has the vibe of a chic, modern farmhouse. 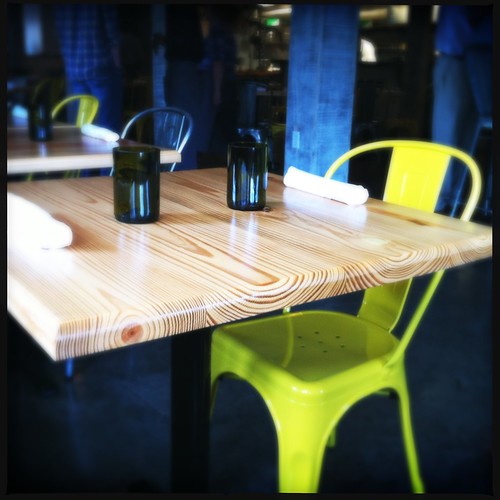 When I stopped by for the soft opening, the menu wasn't quite finalized, but Chef Hudman showed me two giant sheets of butcher paper taped to a wall that listed some of the items that will be available when the restaurant goes full service. In addition to pizzas and sandwiches, the full menu will include house-made charcuterie, gelato and the tastiest-sounding grown up grilled cheese in the metro area (hint: it's deep fried). 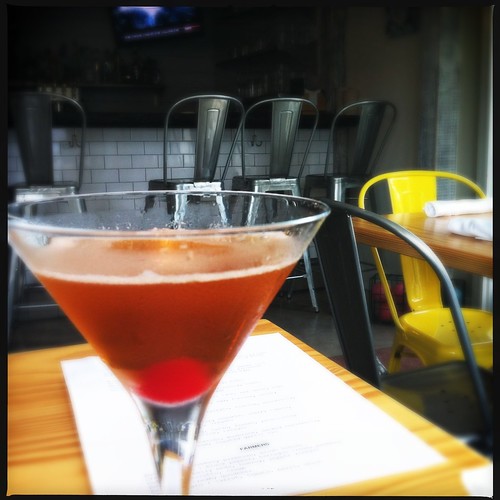 Hog and Hominy has a full bar, but they're choosing to focus on bourbon and experimental housemade cocktails (they had left a some negroni aging in a barrel behind the bar, just to see what would happen). I tried their version of the Manhattan, which is made with Sazerac Rye and has just the right amount of sweetness. 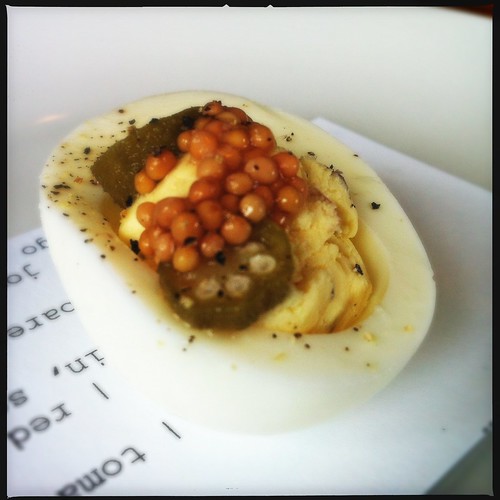 I started my dinner with a sampling of one of everything from the selection of bar snacks ($4 each). The pork rinds were incredible (which is to be expected, given the chefs' love of all things swine). They were airy and crunchy and well-coated in something deliciously spicy. If you've only ever been turned off by the gas station variety, please give these a chance.

The devilled eggs were dressed up with okra, and the arancini (hush puppy-sized stuffed dumplings) were crisp and salty on the outside and filled with something unidentifiable and savory. 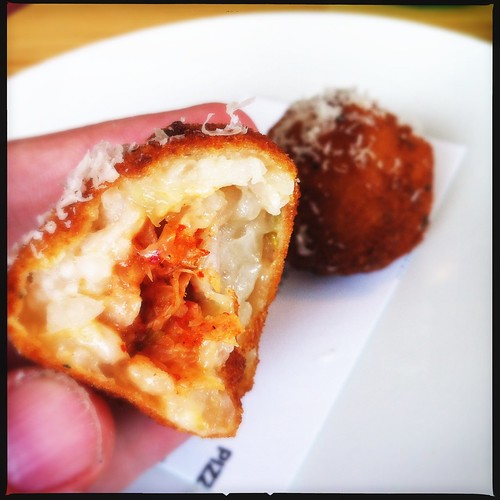 Hudman and Ticer have vowed to support local farmers as much as possible, so everything on their vegetable menu ($5 each) is ridiculously fresh. The okra sufado is sort of like a stew - slices of slightly cooked fresh okra served in a tomato broth with slivers of cooked onions. 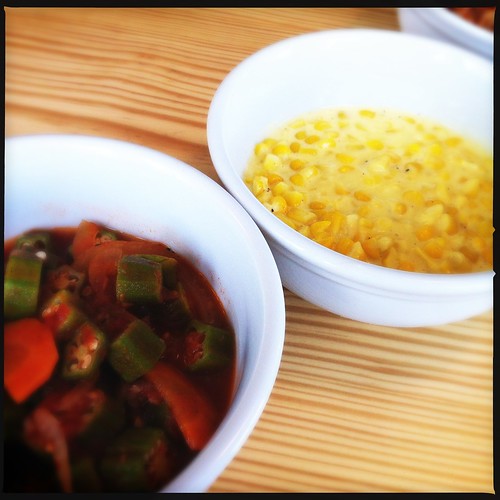 I'm not normally a fan of creamed corn, but Hog and Hominy's made me a believer. Rather than a sweet, corn-based mush, theirs is more like fresh, almost crisp corn in a rich cream sauce. The tangy collard greens are served with hominy and the snap peas come mixed with thin slices of prosciutto. 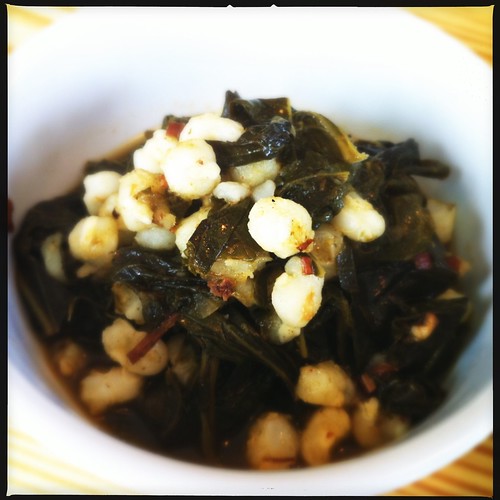 For dinner, I tried the Prewitt ($15), a hand-tossed pizza topped with red onions, mozzarella cheese, tomato sauce, buodin and scrambled eggs. It's not something I would have normally picked - scrambled eggs on pizza sounds a little gross - but I'm glad I left my choice up to the chefs. 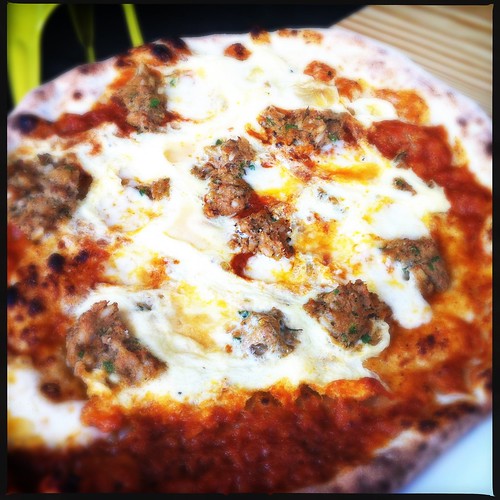 Even though it was a great dinner, my leftover pizza (which was sent home in this adorable box) made a perfect cold breakfast.

Hog and Hominy officially opened for dinner last week, and they'll be open for lunch following their grand opening celebration on July 22. They don't take reservations, but they do take all plastic. While you're there, be sure to check out the bocce ball court.

This article is wonderful and the photos spectacular!  The food is so delicious! The daily specials are someting that should bring you back for more! Never a dull moment by these chefs and always fresh and tasty!!!