Only in Memphis can you walk along a scale model of the Mississippi River right next to the real thing.Assignment #108 on the 365 Things to Do in Memphis list is to take a walk along the model Mississippi on Mud Island.

Model of the Mississippi River

Though the model river spans the equivalent of five city blocks, it only covers the lower 954 miles of the Mississippi River. I have to wonder if somewhere up north, there's a similar model of the river's upper half.

Water flows from north to south in a topographically correct concrete riverbed from the Missouri border to a huge, fake Gulf of Mexico. (It looks like a pool, but sadly swimming is not recommended.) 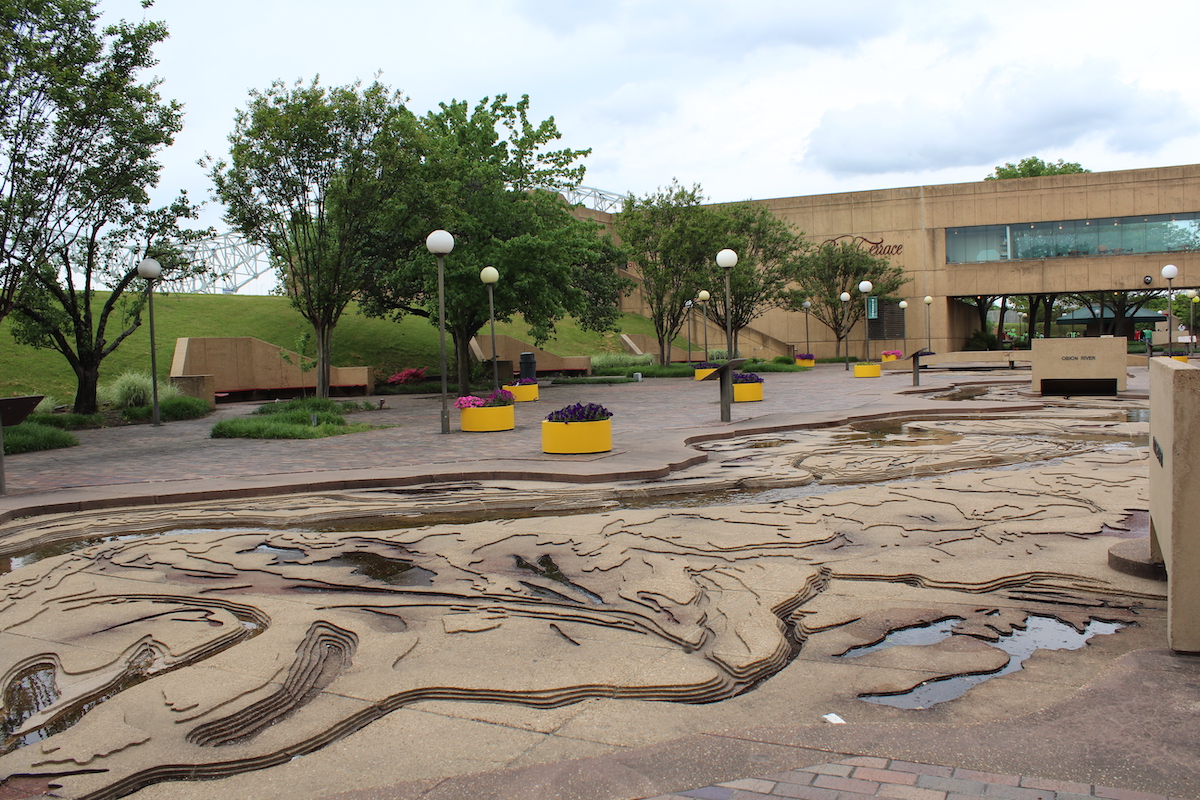 Along the way, there are scale models of the cities that exist along the river. I suppose that Memphis is one of the largest cities on the Mississippi, but the grey metal scale map of Memphis seems inordinately huge.

What I love most about the model Mississippi is that it's a small enough version of the real thing that you can walk all around it and indulge all of your Godzilla fantasies in the cities along it. There are also tiny bridges. 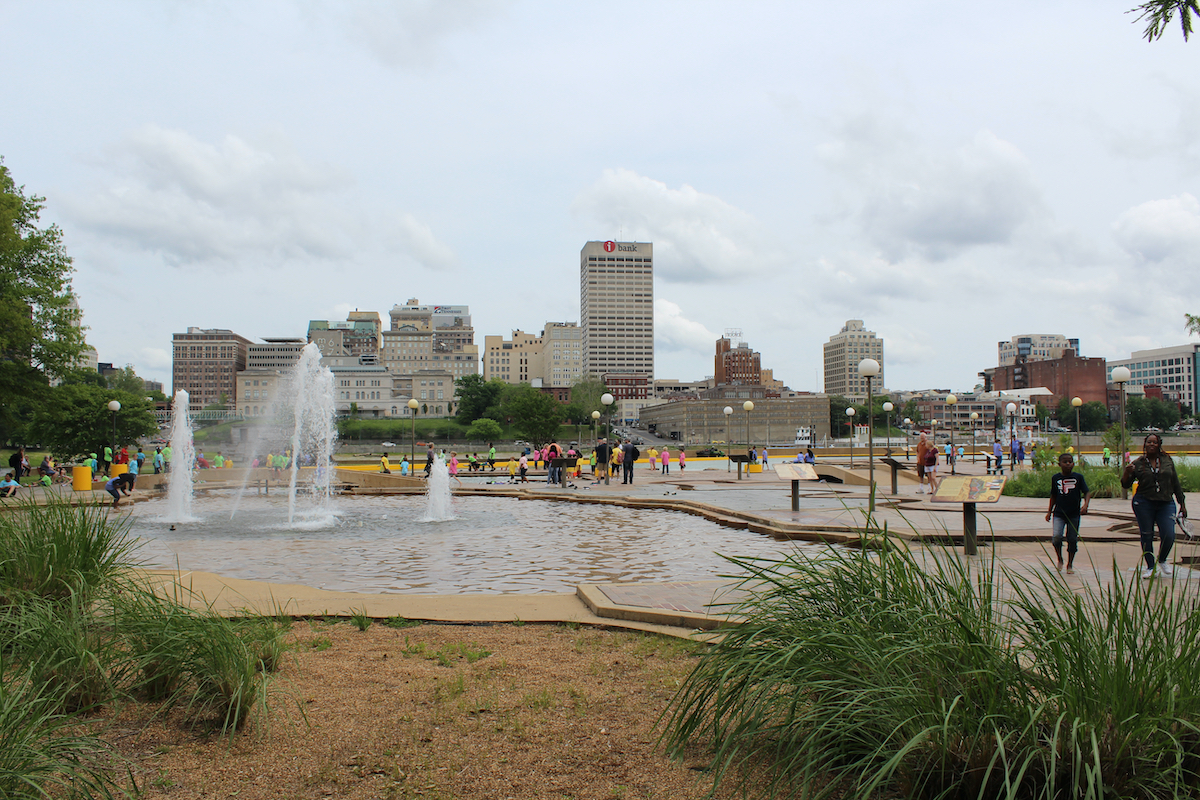 The model Mississippi runs the length of Mud Island River Park. Admission to the park is free, and you can access it by walking over the pedestrian bridge on Front St. or by going over the bridge to Harbor Town and parking in the lot at the north end of the park (this one charges a fee).

Most garages downtown do charge for parking as well. Street parking downtown is mostly metered these days, though it's usually only a few bucks. The price of refurbishing downtown, I suppose, and certainly standard in every city in the country—and still much more affordable than basically anywhere else.

If you are resourceful, you can find some free parking and walk or bike there! 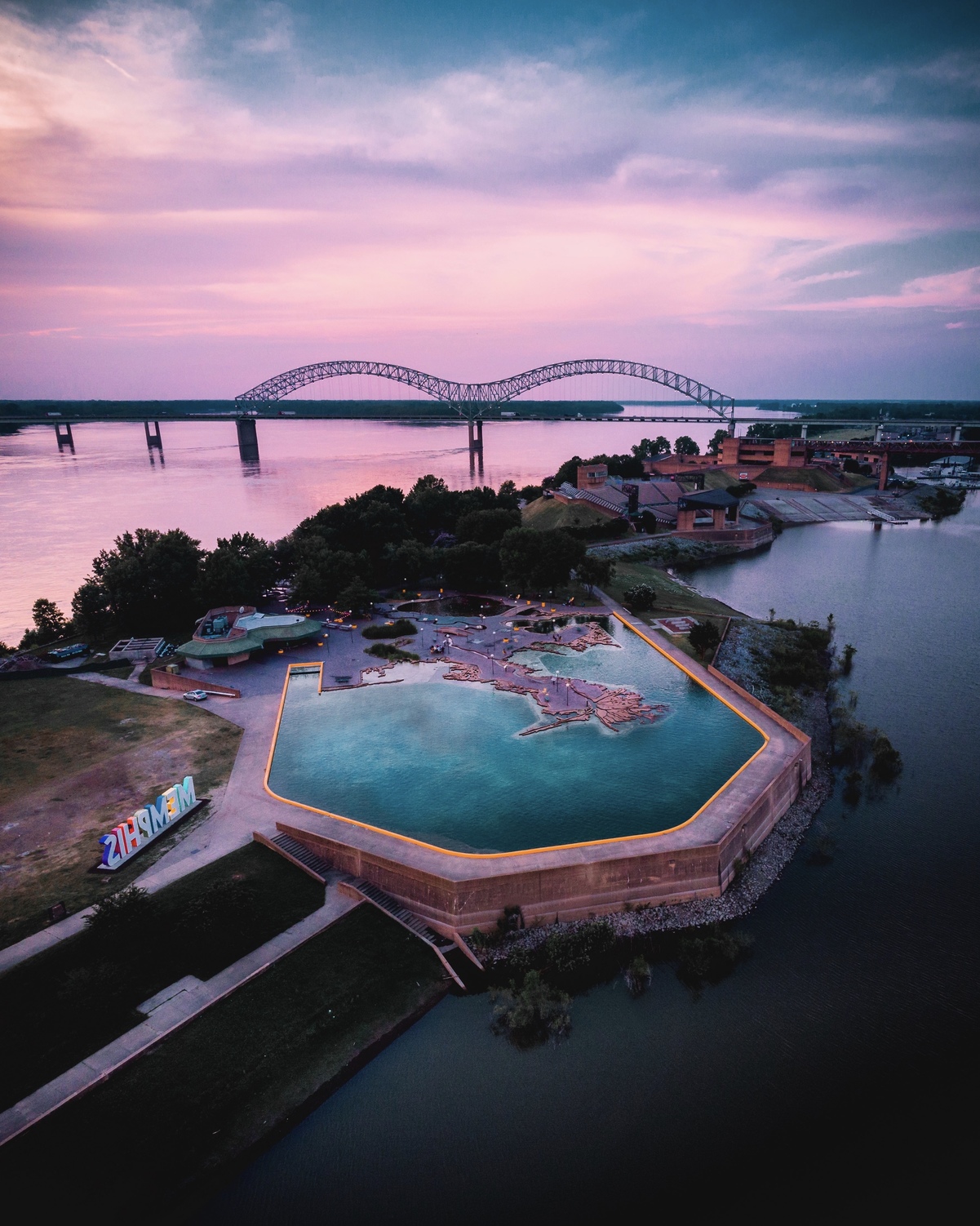 More Things To Know About The River Walk At Mud Island

This is where you find the big MEMPHIS sign for your photos, it's right by the river walk.

Mud Island River Park is undergoing some renovations during the summer of 2022, so while you'll be able to visit the park you may see some construction. The plans include a new North Gate, new walking and biking trails, new signage for the river walk, new bathrooms and lighting. You can expect elevators and escalators to be under construction through the summer.