Assignment #53 in the 365 Things to Do in Memphis is to visit the circus - the Clyde Parke Circus. 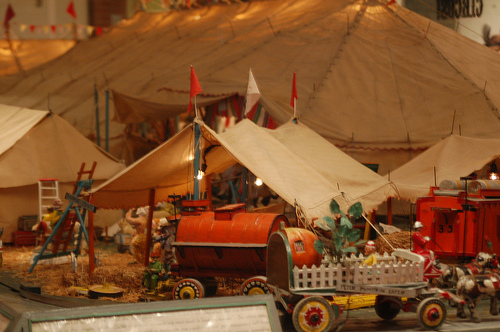 The Cylde Parke Circus has all of the elements of a real circus - there are animals, acrobats, a midway, carnies - only in miniature.

The circus was designed and built entirely by one man - Clyde Parke. According to the Pink Palace, Parke started working on the 15 foot-long circus when he found himself out of work duing the Great Depression:

"Rather than let his situation defeat him, he used his newfound free time to focus on his passion - he began creating the elaborate miniature circus that would consume his life for the next 30 years." 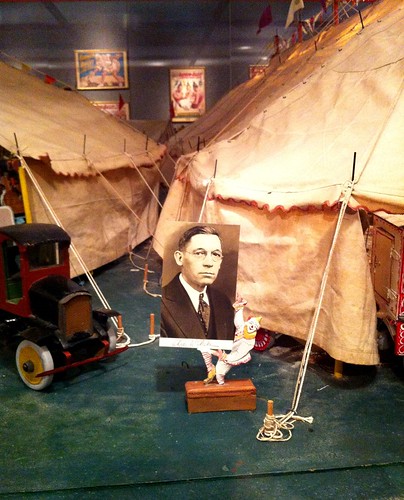 Parke worked up to 18 hours every day on the tiny circus, carving the audience and animals, rigging up the big top and then animating 98 percent of it with an elaborate pulley system. He donated it to the Pink Palace in 1970. 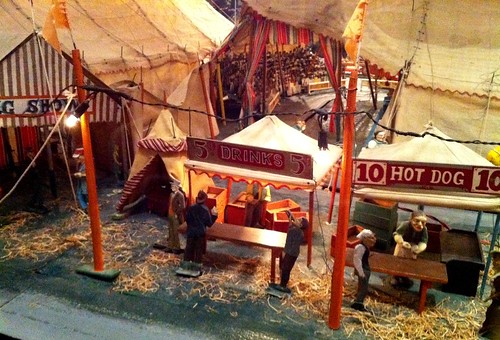 Now, the circus lives on the second floor of the museum, encased in glass. You can walk around the whole thing (and see into the circus' mechanical underbelly).

After a motionless decade, the circus has been restored.