A Weekend of Magical Drinking: Zoomelier and Cooper-Young Beer Fest

A Weekend of Magical Drinking: Zoomelier and Cooper-Young Beer Fest

Between Zoomelier and the Cooper-Young Regional Beer Fest, it was a good weekend for drinking in Memphis.

Zoomelier, the Memphis Zoo's annual wine tasting event, happened on Friday night. There were about 30 sampling tables (each holding about three to six wines) scattered throughout Teton Trek. 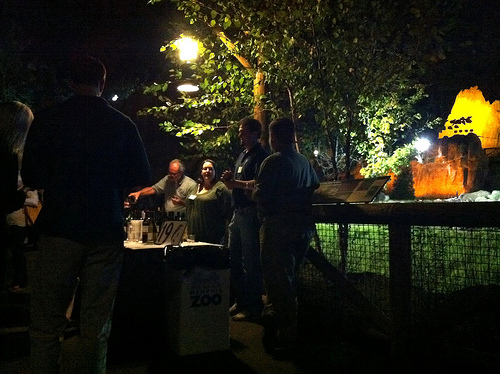 The event was pretty upscale - well-dressed people sipped wines, snacked on cheese and crackers and posed for photos in the Amurica Photo Booth.

As for the crowd, about half seemed to be experienced wine drinkers who used Zoomelier as a chance to sample new wines. The other half were people like me - people who like wine, but don't want to commit to buying a full bottle of something that might not suit them. Though the price tag is a little steep ($55) for casual wine drinkers, it's a good way to learn about different styles of wine and figure out what you like.

On Saturday, I checked out the second annual Cooper-Young Regional Beer Festival in the Lifelink Church parking lot. 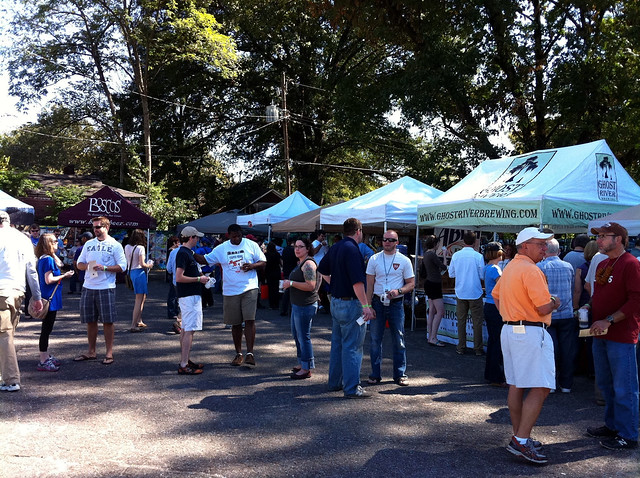 Cooper-Young Beer Fest is different than the other beer festivals that happen around town. There are fewer beer tents, but most are home brewers, local beers or brewers that bring samples from out of town.

Also, instead of a tiny tasting glass, the Cooper-Young Beer Fest hooks you up with a 12 oz. mug. 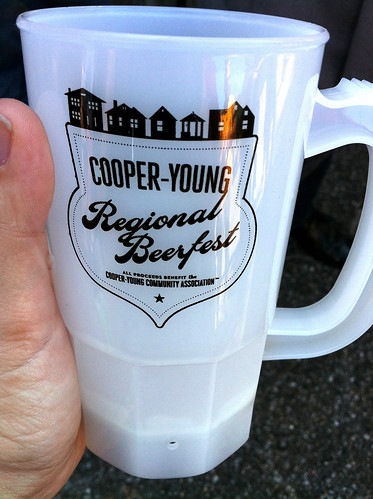 The festival also has a strong educational bent. There's a Beer Tent Revival, where brewers give short lectures on their beers and the techniques they used to make them. I went with a friend who home brews, and he said it was great to sample the work of other home brewers alongside beers from larger craft breweries. 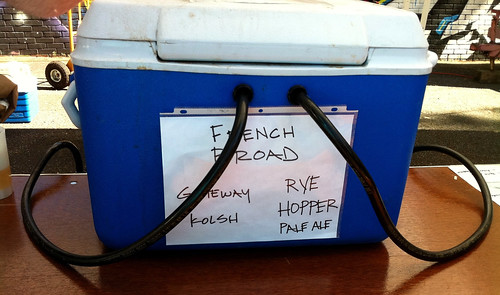 Both Zoomelier and the Cooper-Young Regional Beer fest happen annually in October, so if you missed them this year, be sure to catch them next year. Also, buy your tickets early - both events have a limited number of tickets available.

I looked for you at Zoomelier, but we never crossed paths. I was one of those "people like you" who like wine and just wanted to taste a wide variety to try new kinds. Also, is that the French Broad Brewery from Asheville?? They have awesome beer...

French Broad is from Asheville. Their Rye Hopper has been my favorite beer two years running. Drew Barton, Beerfest Planning Committee member and all around good guy, used to brew for them and has arranged for their attendance both years. They are awesome.

Now that's a proper beer tasting mug!. Didn't get to go to copper young this year. Went to pridefest downtown. Hopefully they won't be on the same day again next year.