Updated to show that Lansky Bros. modern day store is actually now in its original location.

(In honor of Elvis Week 2011, I’m having an Elvis-themed Monday. All day, immersed in the world of Elvis – checking out his favorite places, eating where he ate, and doing some of the things he did in an attempt to find out why after so many years, Elvis is still so fascinating for so many people.)

Elvis was more than a musical icon - he was also a style guru, known for his crazy color combinations, tight jumpsuits and lots of sequins.

That's a little too much look to get at the mall - you have to go local for that sort of awesome. And Elvis went to Lansky Bros. 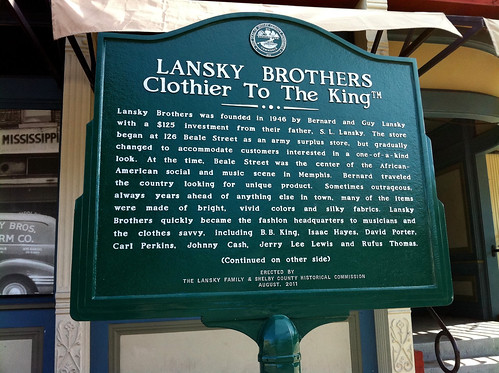 This is the site of the original Lansky Bros. clothing store on Beale Street. It's now got it's own historical marker, which says:

"Lanksy Brothers was founded in 1946 by Bernard and Guy Lansky with a $125 investment from their father, S.L. Lansky. The store began at 126 Beale St. as an army surplus store, but gradually changed to accommodate customers interested in a one-of-a-kind look. At the time, Beale St. was the center of the African American social and music scene in Memphis.

Bernard traveled the country looking for unique product. Sometimes outrageous, always years ahead of anything else in town, many of the items were made of bright, vivid colors and silky fabrics. Lansky Brothers quickly became the fashion headquarters to musicians and the clothes savvy including B.B. King, Isaac Hayes, David Porter, Carl Perkins, Johnny Cash, Jerry Lee Lewis and Rufus Thomas." 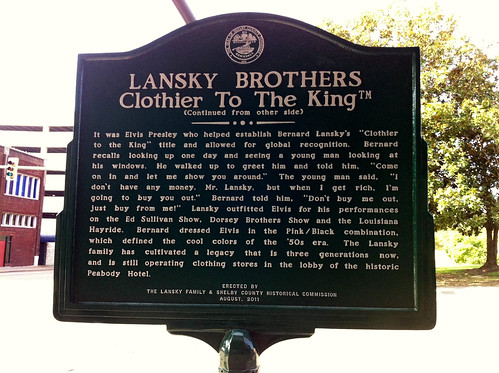 "It was Elvis Presley who helped establish Bernard Lansky's "Clothier to the King" title and allowed for global recognition. Bernard recalls looking up one day and seeing a young man looking at his windows. He walked up to greet him and told him "Come on in and let me show you around." The young man said "I don't have any money, Mr. Lansky, but when I get rich, I'm going to buy you out." Bernard told him, "Don't buy me out, just buy from me!"

Lansky outfitted Elvis for his performances on the Ed Sullivan Show, Dorsey Brothers Show, and the Louisiana Hayride. Bernard dressed Elvis in the pink / black combination, which defined the cool colors of the '50s era. The Lanksy family has cultivated a legacy that is three generations now and still operating clothing stores in the lobby of the Peabody Hotel."

In 2014, Lansky Brothers reopened their store in the original location at 126 Beale (adjacent to the Hard Rock Cafe and the Memphis Music Hall of Fame). You can shop for their snazzy Elvis-inspired attire for men or more contemporary fashion for men and women, plus a whole bunch of Memphis music and other rock 'n' roll t-shirts. 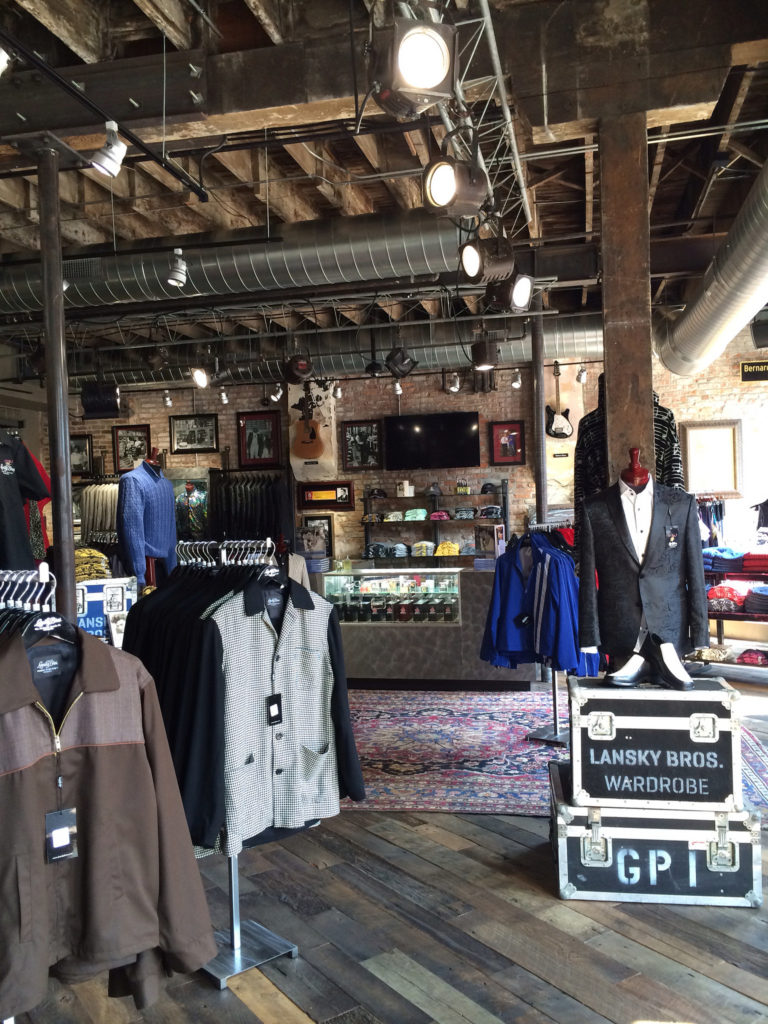 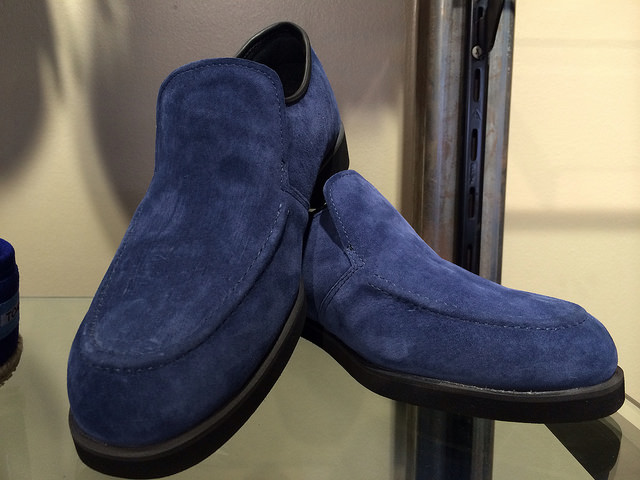 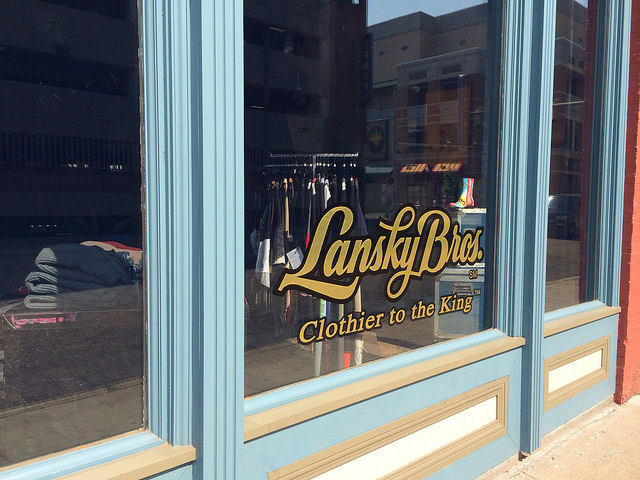 Couldn't be prouder of my father, Bernard and brother, Hal. Yesterday was a truly remarkable day. We have much to be thankful and grateful for. Our dad is one in a million!

Love it, wish I could have seen & been in the original store. They were very lucky to have Elvis buy their clothes. I have been in Lansky Peabody, the store is great, and the Lansky family are very friendly people. Caz

[...] I *heart* Memphis covers the debut of a historical marker in front of the original location of Elvis’ favorite clothing store, Lansky Bros., on Beale Street in Memphis.  The store is no longer at that location, but it still exists… and 84-year-old Bernard Lansky is still with us.  He attended the ceremony, a moment captured by Memphis’ The Commercial Appeal. [...]