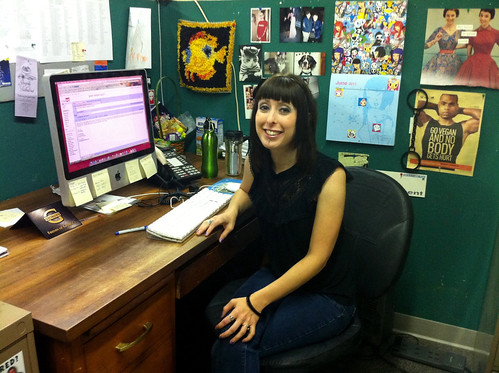 Meet Memphian no. 180, Bianca Phillips. By day, Bianca is a reporter for the Memphis Flyer (where she was photographed at her very well-decorated desk). The rest of the time, she's eating, cooking and spreading vegan love through her blog, Vegan Crunk.

Here, she answers my questions about food, her guilty pleasures and time travel:

The last thing I cooked was: Spaghetti with Mushrooms and Spinach in a White Wine Garlic Sauce.

It’s Friday night, and I’m going out. You’ll find me at: Either at Crossroads or Dru's Place with the Bluff City softball team. I don't play, but my boyfriend is the token straight guy on the Tooth Fairies team.

My guilty pleasure is: Ramen noodles! And Beer! But not together. Well, on second thought, ramen and beer might be excellent together.

I’m excited about: Traveling to Portland in August to speak at the Vida Vegan Con food blogger conference. This is the first-ever convention for vegan food bloggers, and I'll finally have the chance to meet all my online friends.

I’m vegan because: I don't eat my friends. The meat and dairy industries are cruel, and I cannot bring myself to support the torture and suffering they put thousands of animals through everyday.

If I could time travel, I would: Go back to the suffragist days and fight for women's rights.

I’m proud of: My best friend Sheridan, who after supporting my vegetarianism (and later veganism) for 16 years, finally went vegan this past January. And her partner of 10 years made the switch too!

If I could open any business in Memphis, it would be: I would say a vegan restaurant, but Imagine Vegan Cafe is doing a great job with that! My other choice would be a vegan bakery, but Muddy's Bake Shop and Lady Bugg Bakery provide awesome vegan options. So, perhaps I'd open an exclusively-vegan health food store. We're sorely lacking in health food stores around here.

I love Memphis because: It's so vegan-friendly despite its barbecue-loving reputation. In the past couple of years, more and more restaurants have begun offering vegan options, like the vegan chili-cheese nachos at Fuel Cafe, the black bean burger wrap at Cafe Eclectic, the soul food delights at Deja Vu, the tofu egg salad at 3 Angels, and everything on the menu at Imagine.

I am always intrigued by the reasoning behind being a vegan as the cruelty in the dairy and meat industries - I completely understand especially in the US where organic and more ethical farming is often hard to come by for reasonable prices. My question is - What if you had your own chickens? would you eat their eggs, if you had a pig, would you eat its meat knowing that you'd treated them well?

Hey Matt! I wouldn't eat meat, no matter how it was raised. Although I'm vegan primarily because factory farming is cruel, I also believe killing any sentient being to be cruel. I don't think a pig or a chicken is all that different from my cats or my dog. In fact, I've had pet chickens and a pet pig growing up, and they were really smart little creatures. And great pets! But if someone is going to eat meat, I'd prefer they eat ethically-farmed meat.

Hey Bianca, I loved reading this. I will certainly have a look at your blog. I have been going to Memphis for years and I indeed see some improvement on veggie food. I would love to try some of the restaurants you name. I am soooo looking forward to eat at Imagine, can't wait! Here is a big THANK YOU for not eating my friends! And you are right: chicken are so intelligent if people would only look at them long enough... I'm counting the days to be in Memphis again.

Nice to hear about all the vegan perks that Memphis has to offer.

Please post more about your trip to Portland on your blog. I'd love to come see you there.

Love your blog, please tell us when you are coming to Portland :)

Hi Bianca, this seems to be the only way I can figure out how to contact you.  I'm looking for a caterer for my dad's surprise party in January. Although I am, and have been for about 40 years, neither of my parents are vegan (they're in their 80's), but they both have health issues, and I think a vegan or vegetarian caterer would have more knowledge about their dietary needs. Plus, they don't eat red meat or chicken anymore and mom can't eat dairy. I did a search but came up with personal chefs and restaurants, but not caterers. thanks! 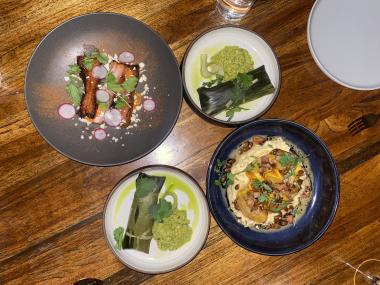 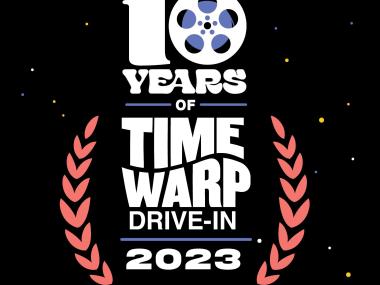 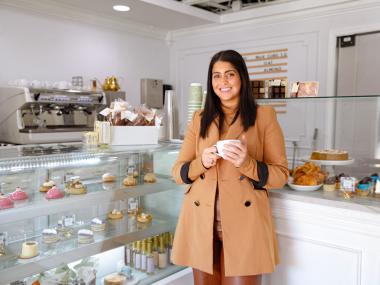