Play Around at Woodland Discovery, Memphis' Most Awesome Playground

Play Around at Woodland Discovery, Memphis' Most Awesome Playground 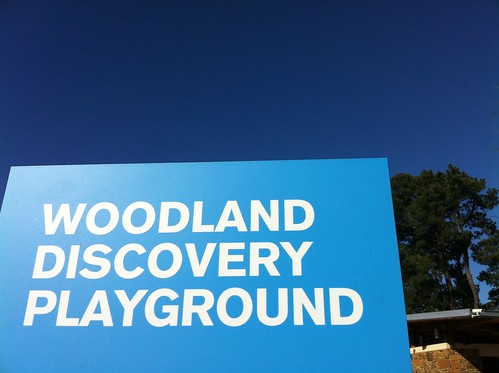 It's easy to see why my friends with kids have been raving about the brand new Woodland Discovery Playground at Shelby Farms: the thing is amazing. 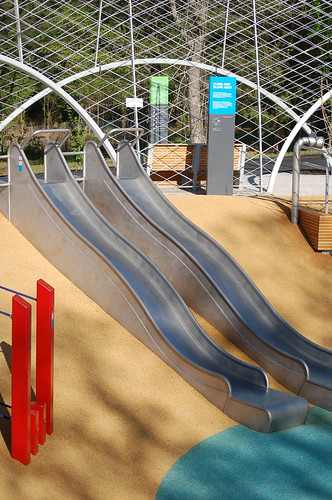 Before they started work on the playground, the designers consulted with kids to find out exactly what they wanted in a playground. The result is stunning - several large "nests" where kids can slide, swing, climb, make noise and build sandcastles. Each nest has activities that are appropriate for a wide age group and range of abilities. As a bonus for the clumsy, the surface of the playground is made from bouncy recycled rubber.

The whole thing is encircled by a winding metal arbor that's going to eventually be covered in vines. 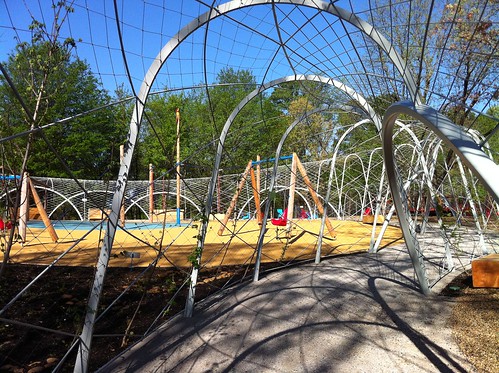 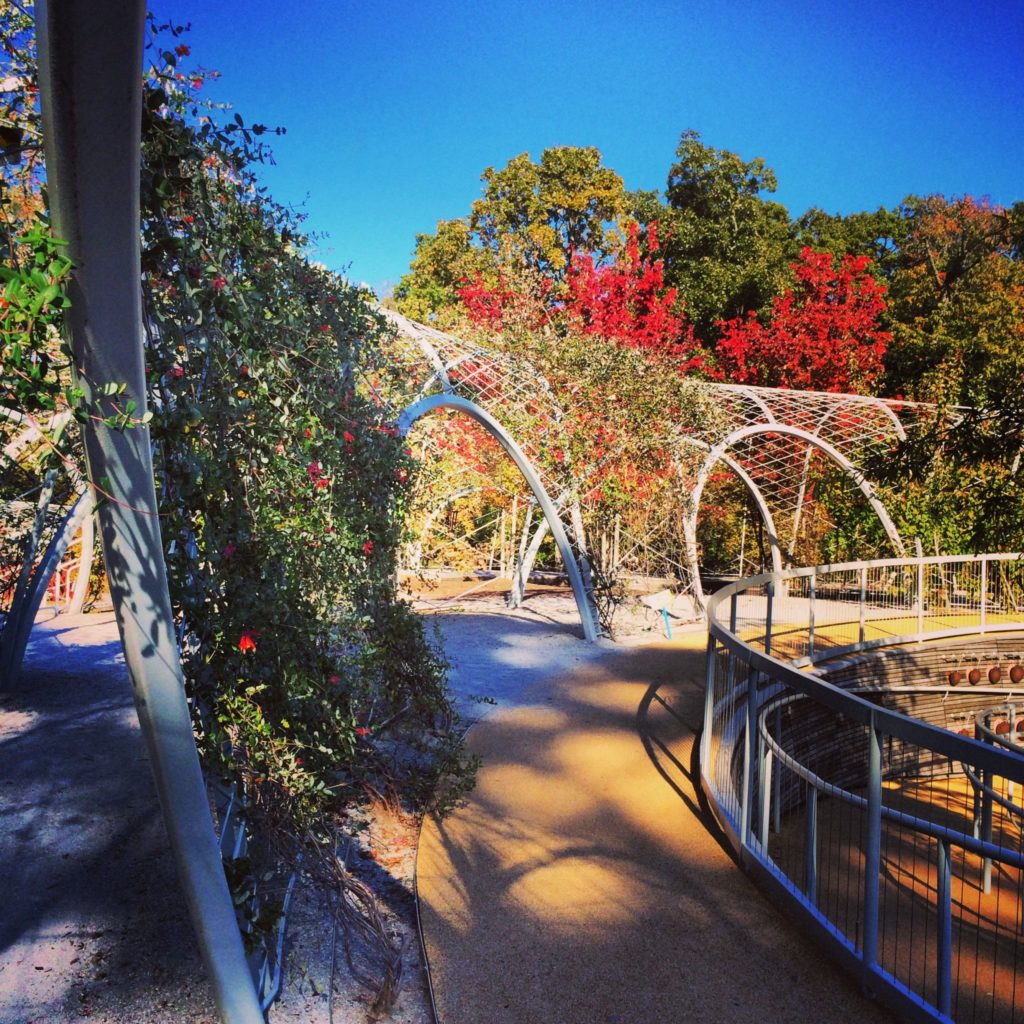 The Woodland Discovery Playground is part of the Sustainable Sites Initiative, which means that the whole playground with built to be as environmentally friendly as possible. Benches are made from responsibly harvested cedar, chairs are made from recycled plastic and more than 50 new trees have been planted in the playground area to replace privet that was cleared. 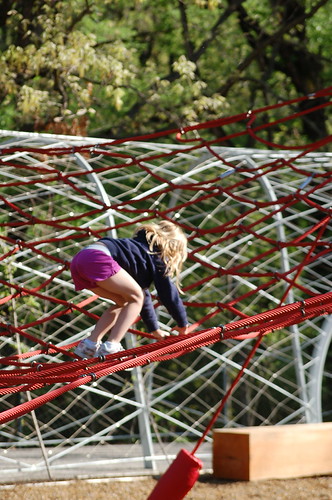 I wish there had been things like this when I was a kid. I can't be the only adult that feels this way. It would be awesome if Shelby Farms would organize and adults-only play night - despite being fairly small (and the playground being fairly empty), I felt weird about trying out any of the equipment when I was there this morning. 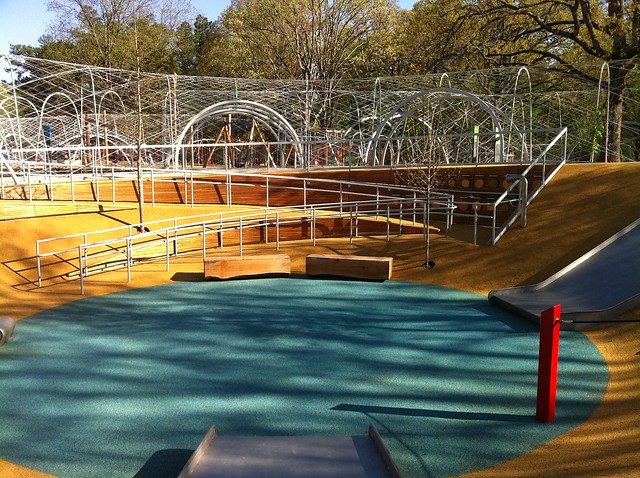 The Woodland Discovery Playground is located in the Plough Park area of Shelby Farms. There's plenty of parking, huge, clean bathrooms, and (best of all), it's free.

If you'd like to see more photos of the playground, they're right here.

Excellent park. I went Friday on opening day and it was a great turnout. My kids also went suday and it was literally overcrowded! They are going to have to expand it for sure. Great park.

Kids today. At my playground, if your hand got pinched in the swing chains, it was a fun day. /crotchetyoldman I think a mid-week morning play session is in order.

I will definitely be checking this out with my little boy! He'll be so excited, the pictures look great.

It surprises me that someone's first reaction to this great (3 acre) amenity is that it should be expanded. Woodland Discovery Playground fits nicely in the context of the upland wooded area without encroaching on the surrounding forest or wetlands. The playground equipment is spaced out for safety and to give room for running and free play, while limiting the number of "individual play" elements, like swings, promotes socializing, creative play, and discovery.

[…] The play surface is padded and surrounding the entire playground is a path covered in a metal cage-like structure that will ultimately be covered in vines. Eventually, the whole playground could have a Secret Garden feel to it, which is pretty exciting! Photo credit: Shelby Farms Park’s Facebook page Photo credit: ILoveMemphis blog […]