On This Date, Something Happened: WDIA

On This Date, Something Happened: WDIA 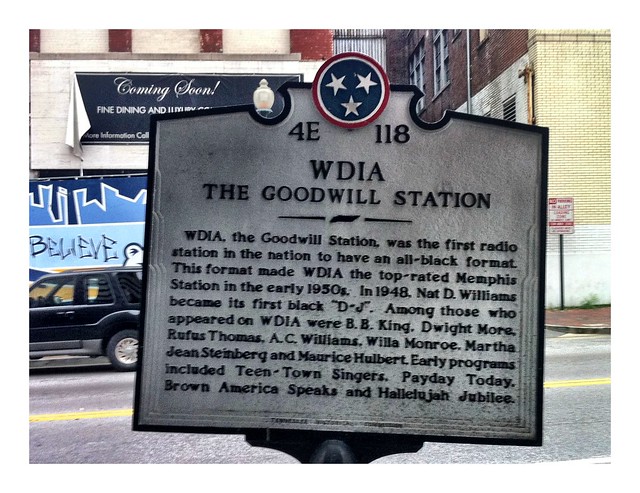 "WDIA, the Goodwill Station, was the first radio station in the nation to have an all-black format. This format made WDIA the top-rated Memphis station in the early 1950s. In 1948, Nat D. Williams became the first black "D-J". Among those who appeared on WDIA were B.B. King, Dwight More, Rufus Thomas, A.C. Williams, Willa Monroe, Martha Jean Steinberg and Maurice Hulbert.

Early programs included Teen-Town Singers, Payday Today, Brown America Speaks and Hallelujah Jubilee." I don't know about you, but I would totally listen to "Payday Today".

WDIA is still the air today, playing a mix of mostly soul and R&B. You can stream it online, or listen on AM 1070.