Lace Up Your Skates for Memphis Zoo on Ice

Lace Up Your Skates for Memphis Zoo on Ice

Rare are the Memphians who know how to ice skate. There aren't exactly many opportunities in town (at least, not since the Mall of Memphis closed). But this year, the Memphis Zoo is giving legions of Southerners a chance to try it out by installing a 60 by 90 square foot temporary ice skating rink.

When the invited me to come out and test the ice yesterday, I had to do it.  I thought it would be easy. I've been skating at least twice a week since I joined roller derby two years ago, and I figured the concept would be the same. It's not. 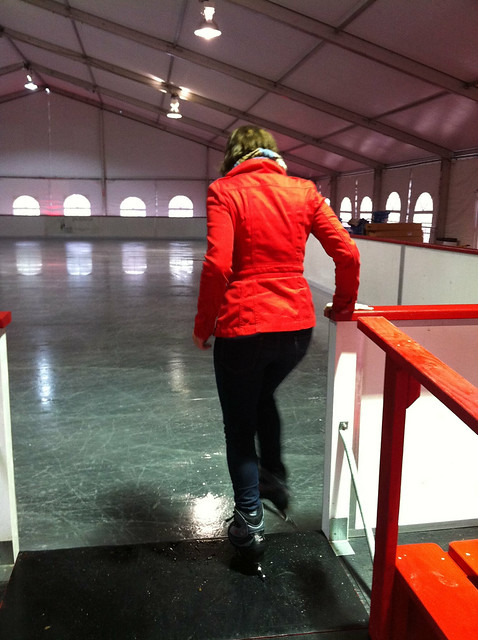 While I managed to stay mostly upright, my form was less than graceful. All of the technical skill I picked up in derby (crossing over, hockey stops, toe stops) didn't seem to apply. Where it did, I was too terrified to try it. When I did fall a little, the only thing that hurt was my pride. Pro tip: wear gloves - ice is cold, and it's easier to get back up if you're not trying to stuff your frozen hands into your sweater).

The rink is located in a giant tent near the Teton Trek lodge. It's kept frozen by a giant cooler, meaning that you can still skate if it's warm out. Know that the tent isn't heated or cooled, so you should dress for the weather.

Thanks for the info. We might try to take our 2 little girls there in the next couple of weeks.

Hi Kerry, Is there any other place to ice skate in Memphis other than the zoo, I have searched high and low but the only other place I find is the ice House in MS.. that is so far from us.. any suggestion?

What about the Ice House?