There's a not-so-secret garden blooming in the wilds of Arlington. 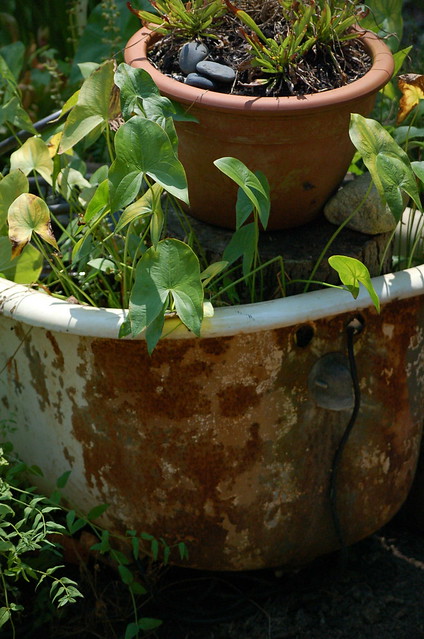 The garden is Gardens Oy Vey, a lush and sprawling plant nursery located a few minutes south of I-40. It's tended to by gardeners Diane Meucci and Wolfgang Marquardt.

Wolfgang and Diane bought their land in Arlington in 1988. They had wanted to build a sustainable, solar powered house on the property, but the bank took one look at the kudzu covered land and refused to give them a loan to build the house. They stayed on the land anyway and converted a sleeping porch into a one-room house. 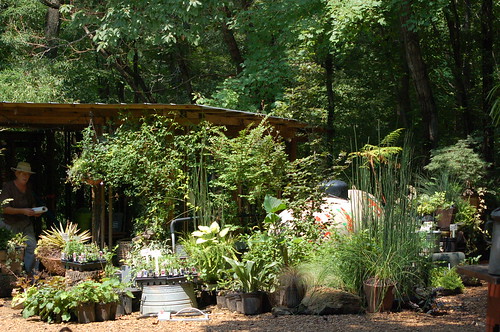 Most of Wolfgang and Diane's land is taken up by plants. There are several gardens that Diane designed, and dozens of varieties of flowers and perennials in temporary pots, ready to be taken home. There's a soft, squishy moss lawn and a lake.  It's a dew scented pastoral paradise.

Gardens Oy Vey is open to the public on weekends or by appointment. Diane and Wolfgang bring their plants to the Memphis Farmers Market and the Botanic Gardens farmers market weekly.

We live in Jackson, tn and are friends of Myra Dupree who told us you helped her with her landscaping. We have recently cut a large oak tree in our backyard and now have a sun garden that needs to be relandscaped.  We will be in Mempnis tomorrow and wondered if we could come by there after lunch as we head home to talk to you about helping us plan and plant our area.  If not tomorrow, some time at your convenience.