Found: a Goat in a Bar and a Diver Bucket

Found: a Goat in a Bar and a Diver Bucket

It's a Memphis Scavenger Hunt double whammy, y'all. I found two items on my trip to Silky O'Sullivan's yesterday: a goat in a bar and a Diver Bucket. 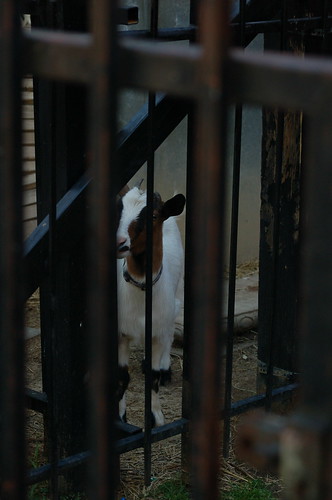 There are actual two goats at Silky's. They live in a huge enclosure on the patio that's guarded by two giant bear statues. The brown and white goat glared at me the entire time I was taking photos.

But the main event at Silky's was the Diver Bucket, which is billed on the menu as "a gallon of Southern fun served in a gallon bucket. A secret blend of libations." 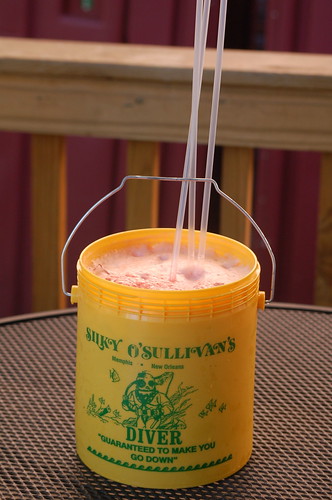 The Diver Bucket arrived at the table, a yellow plastic bucket with three straws, brimming with frothy pink liquid. It was creamy and fizzy, sort of like a neon Coke float. It was fruity in a nondescript way (I couldn't identify any particular fruits), and excessively sweet.

As for the ingredients? They're definitely a secret. Several people suggested that it may be all of the liquor run-off from the bar. By my estimation, it probably contains vodka, rum, beer (hence the fizziness), juice, and possibly some rainbow sherbet.

If you're trying to figure out a Diver Bucket is made of, you'll have plenty of time. A gallon is a lot of liquid. If you're going to drink a diver bucket, you may want to bring a friend or ten for back up.

Just as long as it isn't run-off from the goats.