Found: The Most Well-Trained Ducks in the South

Found: The Most Well-Trained Ducks in the South 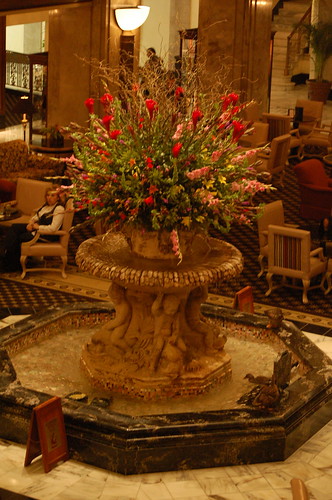 The Peabody Hotel is the only place in Memphis that you can see live ducks frolicking in an indoor fountain.

Every morning at 11 a.m., the duckmaster (yes, that's someone's real job) leads a group of mallards into the lobby of the grand hotel. They walk in a nice orderly line from the elevator to the fountain on a red carpet. Then, the ducks spend the day splashing around in the water before returning to their penthouse at 5 p.m.

And yes, you read that right. I did say "penthouse".

The Peabody ducks live in a "duck palace" on the roof of the hotel. It's huge - about the size of the kitchen in my first apartment - and enclosed in glass. There's a marble fountain and a little house that's a replica of the hotel (another instance of a model thing on the real thing in Memphis). 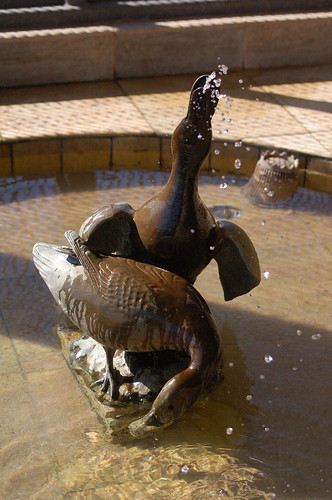 If you want to see the duck march, I'd recommend going for the morning duck march at 11 .m.  as it's usually a little less crowded. For the best view, get there a little early and watch from the mezzanine.

[...] get my hair cut at the Gould’s Salon in the basement of the Peabody Hotel by my amazing stylist (and fellow derby girl) [...]