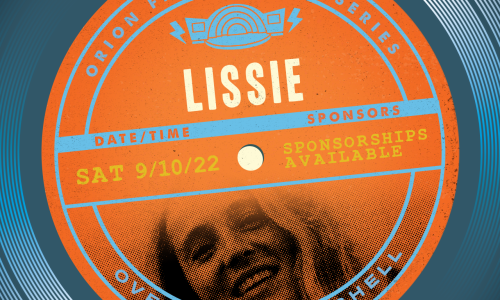 After releasing her stunning top 10 record ‘Castles’ last year, Lissie is returning in 2019 with ‘When I’m Alone: The Piano Retrospective’- an evocative collection reinterpreting songs from her first decade in music as well as exceptional covers of Fleetwood Mac and The Dixie Chicks. With this record, Lissie is poised to show listeners that her past is hardly static, that the songs she wrote nearly 10 years ago are still fresh and vibrant, evoking feelings old and new.

Where 2018's ‘Castles’ was defined by Lissie looking to expand her sound, reaching out for new sonic palettes, incorporating synths and drum machines into her sound, ‘When I’m Alone: The Piano Retrospective’ subtracts these elements, removing the noise and laying Lissie’s songwriting bare for an emotive and powerful listening experience.

Lissie’s album My Wild West in 2016—the follow up to Catching a Tiger (2010) and Back to Forever (2013)—peaked #1 on the Billboard Heatseekers chart and Top 10 on the Independent Album chart. Lissie also appeared in the most recent season of David Lynch’s Twin Peaks with NME saying of her “intense” performance: “Closing the episode with the Stevie Nicks-esque ‘Wild West,’ Rock Island’s most exciting troubadour more than earned her Lynch-commissioned screen time.”