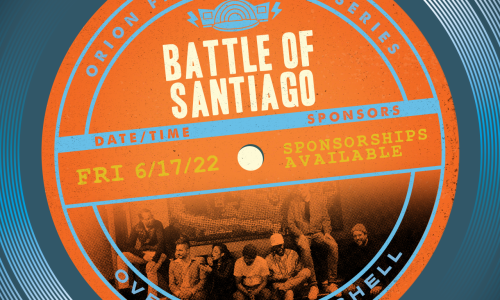 After their 2017 Juno nomination for ‘La Migra,’ the band’s next recording mission saw them trace their own influences to Cuba, where they wrote and recorded much of what took shape as their next full-length album. Informed by the esoteric culture and spirit of Santeria while retaining the experimental broodiness they have come to be known for, ‘Queen & Judgement’ is as diverse as ever. With touches from producers Grammy-winning Andres Levin (David Byrne, Tina Turner, Childish Gambino) and Josh Korody (Dirty Nil, Weaves,) the album is slated to drop in April of 2020.

Battle of Santiago combines ancient Afro-Cuban rhythms and chants with a distinctly Canadian post-rock spirit and sensibility. Fused by dynamic elements of jazz, the result is a party-forward experience that has brought them to stages across the globe, including NYC’s legendary Joe’s Pub, and festivals across Canada, the US, Spain, France, The Netherlands and more. Their unique sound tells a universal 21st Century story, placing them in a prism between artists as diverse as Godspeed You! Black Emperor and Thundercat, and transcending borders while staying rooted in one city’s immigrant experience.