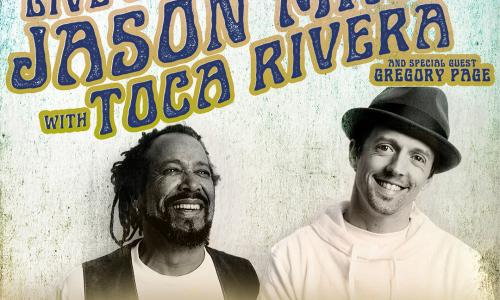 Jason Mraz is coming to the Cannon Center for the Performing Arts December 4th 2021.

Grammy-winning musician Jason Mraz will re-release his first ever album, Live & Acoustic, this fall in honor of its 20th anniversary. To celebrate the album’s anniversary, Mraz will hit the road with longtime collaborator Toca Rivera, who has performed with Mraz since his coffee shop days.

Don’t miss this fabulous show!! Tickets on sale Friday, September 10th at 10 am