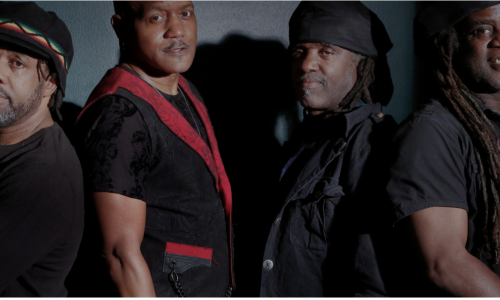 So said Victor Wooten as he began his commencement address to the Class of 2016 at the University of Vermont’s Rubenstein School. This was his way of explaining why he wasn’t going to recite the speech he had written out for the occasion. Instead, for 24 minutes he shared his thoughts with them about life, about success and challenge and meaning, all while accompanying his words on the bass guitar strapped across his shoulder.

He played and spoke freely, gently and eloquently. He took his audience back to a bit of wisdom he and his brothers had received from their mother, back when they were just beginning to demonstrate the phenomenal talent that would culminate years later in worldwide recognition as the Wooten Brothers.

As he improvised a four-string soundtrack to frame and channel his ideas, Wooten expanded on the lessons she had imparted: “We’re already born special. ... In the history of humankind, your fingerprint has never been here and will never be here again. ... No one can take that away from you. Your job is to improve on that specialness and present it to the world ... “

These moments, whether witnessed that night in Burlington or later on YouTube, surely changed lives. They also capture what Victor Wooten really does best. Better even than his revolutionary technique is his conceptual redefinition of the bass guitar’s role.How can this be? What Wooten did with bass has almost no parallel in modern music. From Coleman Hawkins to and beyond John Coltrane, the great saxophonists approached their instrument more or less the same way. Same thing with Louis Armstrong and Miles Davis, Ray Brown and Esperanza Spalding: Styles progress, harmonic and melodic languages expand but essentially fundamental concepts remain the same. Not so with Wooten. After him, every bassist in the world began to think differently, much as guitarists did after Hendrix. Young bassists now start from a different set of assumptions than their predecessors did a generation ago. Wooten’s blazing, percussive chops lit a fire for many of them, as did his explorations of melody, nuance and phrasing.